Each queen delivers a song and pitches their story, filled with reasons as to why they should be crowned the winner

Most people remember the six wives of Henry VIII from their GCSEs, or CSEs if you recall old money.

Others will have seen Henry’s antics and the vile treatment of his wives supersoap style in the hit TV show, The Tudors.

Each wife competes to see which one has the worst tale to tell.

Think X Factor meets First Dates with some legit lyrics which make you lol and plenty of quotable moments to fill your insta and twitter feeds. 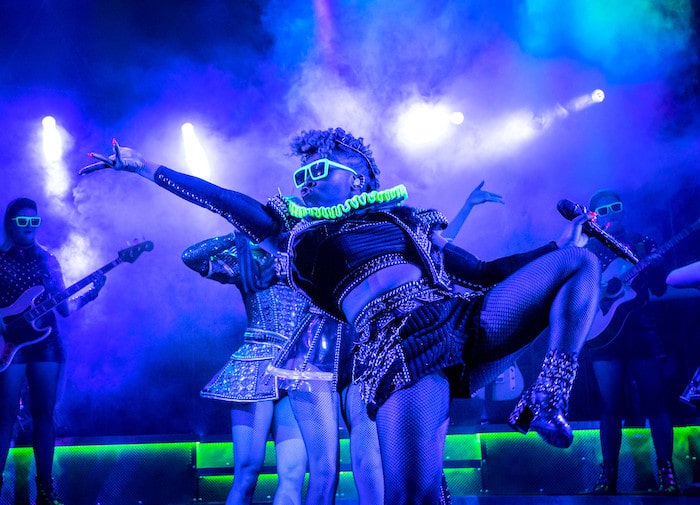 The show cleverly dispels some of the Wikipedia-style history that you have read online and replaces this through the prism of #MeToo with an emphasis on her story as opposed to his; we have heard those stories before, countless times.

Henry VIII’s six wives are often reduced for memory as ‘divorced, beheaded, died, beheaded and survived’, as this is perfect for flashcards when it comes to revision.

Six plays to this audience, but it’s also incredibly subversive and represents the women as queens. And I mean more like Lizzo, Beyonce, Madonna, Taylor Swift, Lady Gaga and Dua Lipa than anyone with a Windsor postcode.

What you end up with is a royal girl band – and the world needs that right now, as some of us are still pining since Little Mix, Girls Aloud and The Saturdays all called it a day.

Each queen delivers a song and pitches their story, filled with reasons as to why they should be crowned the winner.

We witness this in the Daily Mail every other week with stories about why they think Kate is better than Meghan. But this is much more entertaining and playful, as opposed to cruel and hateful.

The show opens with the song Ex Wives, and because it feels like a gig with stories and anecdotes and gags, it rattles along far quicker than a GCSE exam and definitely contains more laughs. 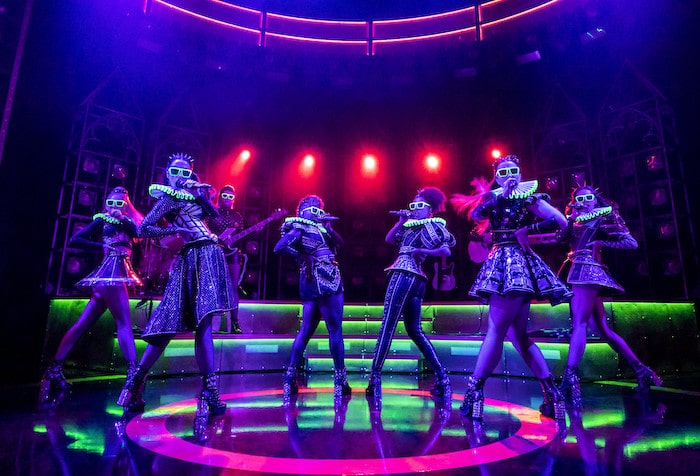 The hit musical & Juliet may have nicked Six’s crown as the show to beat, because it rewrites a GCSE text with well-known hits, along with the inventiveness of Mamma Mia!

But in terms of performance, Six is hard to beat.

Chlöe Hart’s Catherine of Aragon is a real Mariah and she delivers her song with energy, commitment and knowing humour.

Casey Al-Shaqsy’s Anne Seymour aims for sympathy in a smoke-filled X Factor winner’s song, and the effect is familiar and funny because she delivers it straight faced.

Leesa Tulley as Katherine Howard highlights how a woman can feel broken and used, but feel powerless to say anything, so outwardly they come across as confident.

Alana M Robinson brings her inner Toni Braxton to Catherine Parr as she learns to Breathe Again and Jennifer Caldwell is like a Northern Lily Allen as Anne Boleyn, the one who lost her head – as she reminds the others with a very funny running gag.

Last but not least is Jessica Niles as Anna of Cleeves, who oozes confidence and owns the stage during her high energy number.

Not every song is as immediate, funny or lyrically brilliant as the next, and there are moments when you realise that Six is always stronger when these talented performers sing together as their harmonies are something beautiful to behold. And because they have to carry their mics, sometimes the movement is not as fluid as you would like. Madonna-Vogue style headsets would work a treat for some group numbers.

But with a brilliant all-female band and half a dozen fabulous queens, Six is still a show that you will keep saying ‘Yassss’ to because it offers you a majestic night out, literally.

Six is at the Lowry until 14th August and can be booked here.