Review: Shawshank Redemption at The Lowry is “an emotional journey of hope, truth and redemption” 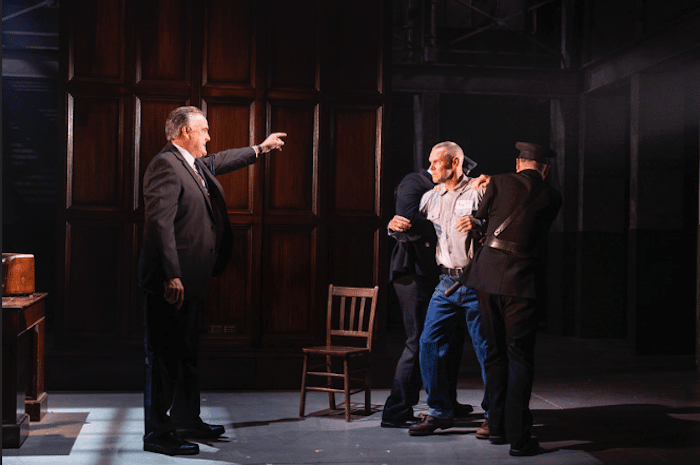 Shawshank Redemption is Stephen King’s story of Andy Dufresne (played by Joe Absolom), a man wrongly serving two life sentences for the murder of his wife and her lover and his friendship with long term convict Ellis ‘Red’ Redding (Ben Onwukwe) and their emotional journey of hope, truth and redemption in the oppressive prison that is Shawshank Penitentiary.

Ben Onwukwe’s performance as Red is a real tour de force as he displays an incredible array of talent and emotions from beginning to end. Onwukwe’s Red plays a dual role of both character and narrator, and when he isn’t displaying excellent chemistry in scenes with his co-stars, he expertly sets the stage for the audience as the years tick by in Shawshank Prison.

The character of Red is central to tying the story of Shawshank together and with hiss comedic timing, heart-breaking emotion, and even the way he moves from scene to scene, Onwukwe achieves exactly that. 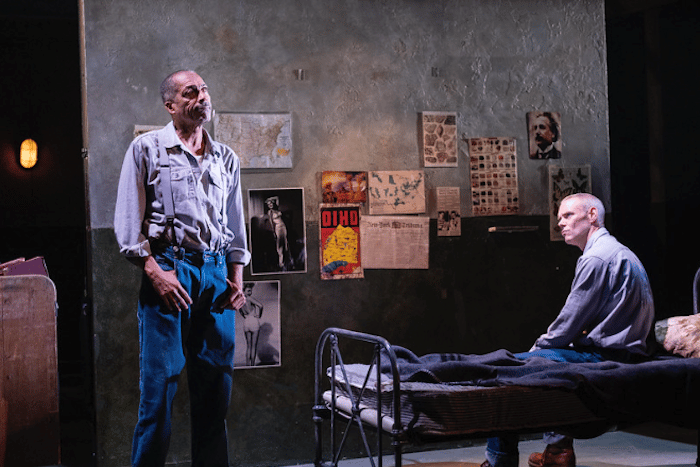 Joe Absolom brings an impressive performance in the role of Andy Dufresne, his resilience despite the hardships and bleakness of his situation, Absolom ensures that his Dufresne always embodies the show’s theme of never giving up when presented with impossible odds.

Mark Heenehan shines with his powerful performance as Warden Stammas, the head of the Shawshank prison, his soft voice and Christian beliefs hide a storm under the surface as he rules the prison with an iron fist and always commands attention from the prisoners, the guards and the audience. Another strong showing is Brooksie (played by Kenneth Jay) who brings a truly emotional performance of a man indentured to his long life behind bars, who fears the outside world that is now a stranger to him.

Rounding out the cast are the prisoners, The Sisters, Bogs Diamond (Jay Marsh) and Rooster (Leigh Jones) both deliver menacing roles as antagonists in the first act.

Marsh brings both a fierceness and brutality to the role of Bogs making every scene he’s in an intense encounter which contrasts with his accomplice, Jones’s Rooster whose black comedy and a one-of-a-kind laugh ensures that he always provokes the audience’s attention.

In the second act, Coulter Dittman plays a stellar role with the character of Tommy Williams, and stands out despite his late arrival to the narrative, while prisoners Rico (Jules Brown) and Dawkins (Kieran Garland) both bring great comedic performances.

While Guardsmen Hadley (Joe Reisig) and Entwistle (Owen Oldroyd) both get to show off their acting abilities, making the most of the scenes they are in. 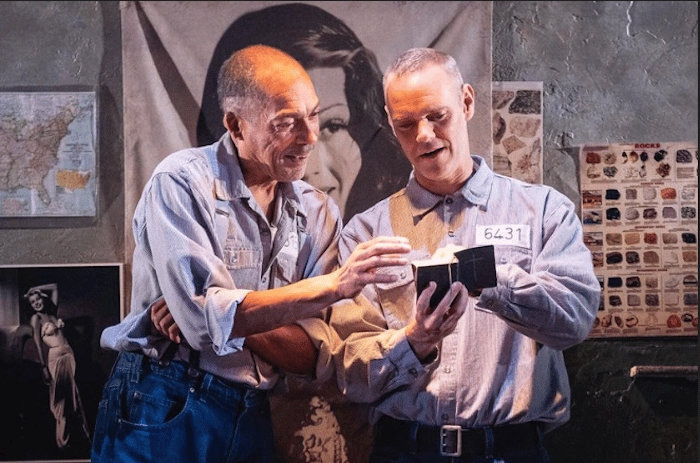 The stage design is excellent as if the designer (Gary McCann) has transported the Shawshank Penitentiary from the cinema screens to the stage, with the audience feeling almost locked in alongside the prisoners in the tyrannical Shawshank atmosphere.

As the Shawshank Redemption takes place over twenty years, a lot of scenes have to change and the changes are done with such speed and smoothness that the transitions feel effortless with scenes flowing into another this is enhanced with the impressive sound (Andy Graham) and lighting (Chris Davey) design.

Directed by David Esbjornson, Shawshank Redemption once famously adapted to the silver screen now finds its way to the Lowry stage with its universal story of never giving up hope no matter what the world throws at you is a unique experience that both fans of the film and newcomers can enjoy.