Review: School of Rock strikes all the right power chords

Adapted from Richard Linklater’s 2003 movie which projected Jack Black into stardom, School of Rock was always perfectly made for theatre.

After being kicked out of his band and struggling to pay the rent, eccentric guitarist Dewey Finn poses as a substitute teacher at an elite private school under his best friend’s name, Ned Schneebly.

Without anyone questioning his academic qualifications or experience, Dewey takes it upon himself to teach the class the ways of rock n’ roll after hearing their musical talent. 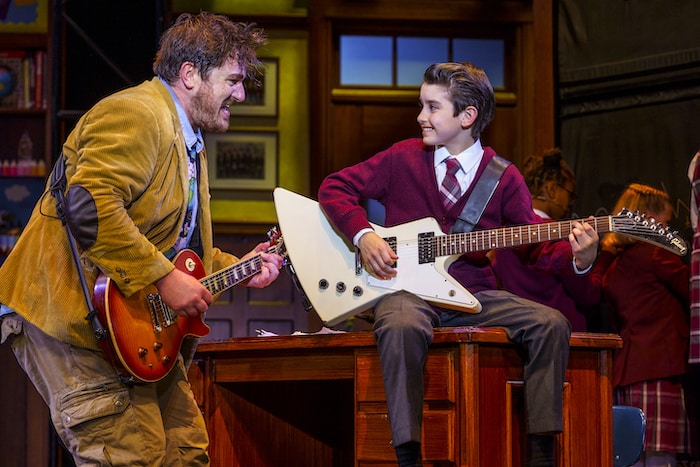 Furtively converting his class into a rock band, he prepares them for the ‘Battle of the Bands’ contest where the kids shine, releasing their inner rock star in an epic performance.

Alex Tomkins rocked out as Dewey Finn (played by Jake Sharp in some performances), managing to portray all the expected lively energy and charisma of the character, whilst perfectly conveying the geekiness of the gawky wannabe rock star.

And the great thing about the show is that Dewey never upstages his young co-stars, either. Tomkins gets down with the kids by complementing each of their own brilliant individual performances. 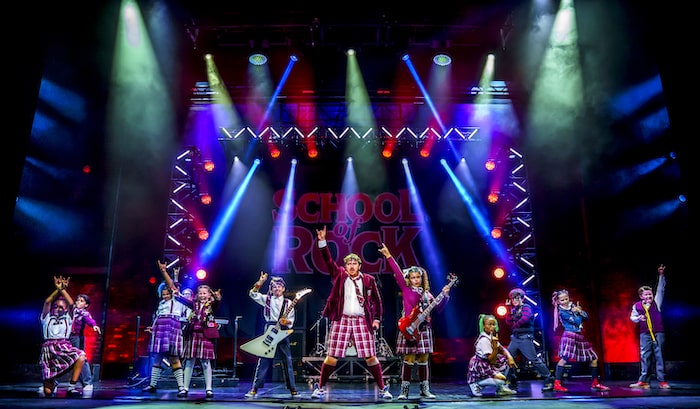 The show is full of laughs, and it contains all the comedic qualities which made us love the film.

There are even references to Manchester bars thrown in.

What really stands out is the children’s outstanding performances. Souparnika Nair shone as the shy vocalist Tomika and Joseph Sheppard was superb as Zack, but all of the young cast nailed it. 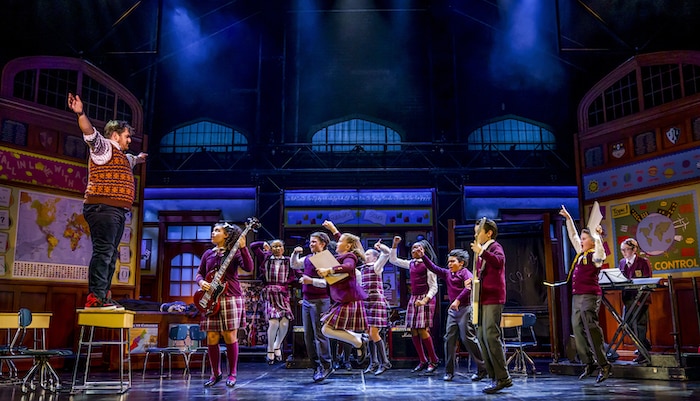 Uptight school Principal Miss Mullins, played by Rebecca Lock, hilariously mourns her life gone by as a die-hard rocking Stevie Nicks fan and Lock’s chemistry with Tomkins was clear to see, which made for the pair’s scenes together a pleasure to watch.

As a fan of the original film, the best moments for me were when they performed the show’s title number and Stick It To The Man, which both brought the house down.

However, the show is packed with catchy upbeat tunes, which will be sure to stick in your head as you leave the theatre thanks to the production’s fantastic lyricist, Glenn Salter. 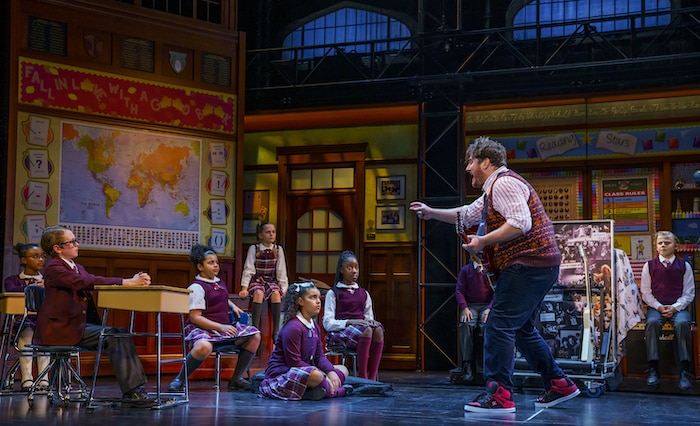 Laurence Connor directs the show skilfully and succeeds in making us adore this musical adaptation just as much as we adored the movie with Jack Black.

A lot rides on the performance of Alex Tomkins as Dewey in this show and he ensures to deliver all the perfect characteristics of the loveable clumsy hero.

The cast put their life and soul into their performances and the children’s genuine talent is a joy to see.

In a time where the world seems a little gloomy, this Lloyd Webber show is perfect for lifting up your spirits.

School of Rock is at the Palace Theatre until Saturday 15th January 2022. Tickets are available here.