It’s time to dust off your flares, Saturday Night Fever strutting its way onto the palace theatre stage.

Based on the 1977 film of the same name starring John Travolta, Saturday Night Fever has one of the best-selling albums in history and is the second-biggest-selling soundtrack of all time.

The show’s soundtrack by the Bee Gees, Barry, Robin and Maurice Gibb, played by AJ Jenks, Oliver Thomson and Drew Ferry, is instantly recognisable, even if you were not around at the height of their fame, Stayin’ Alive, Night Fever and More Than a Woman are all iconic disco tunes over forty years on. The band almost float above the stage on a platform, in matching gold outfits, looking like they’ve walked straight out of a 70s music video.

The show begins before the lights go down, with ambient New York City street noise coming from the speakers. You can hear the train cars rattling and wheels scratching above you as if you’re in the subway. The rusting metal stairways framing the stage add to the feeling that you’re in the middle of Brooklyn, watching a group of twenty-somethings hang around with nowhere else to go. 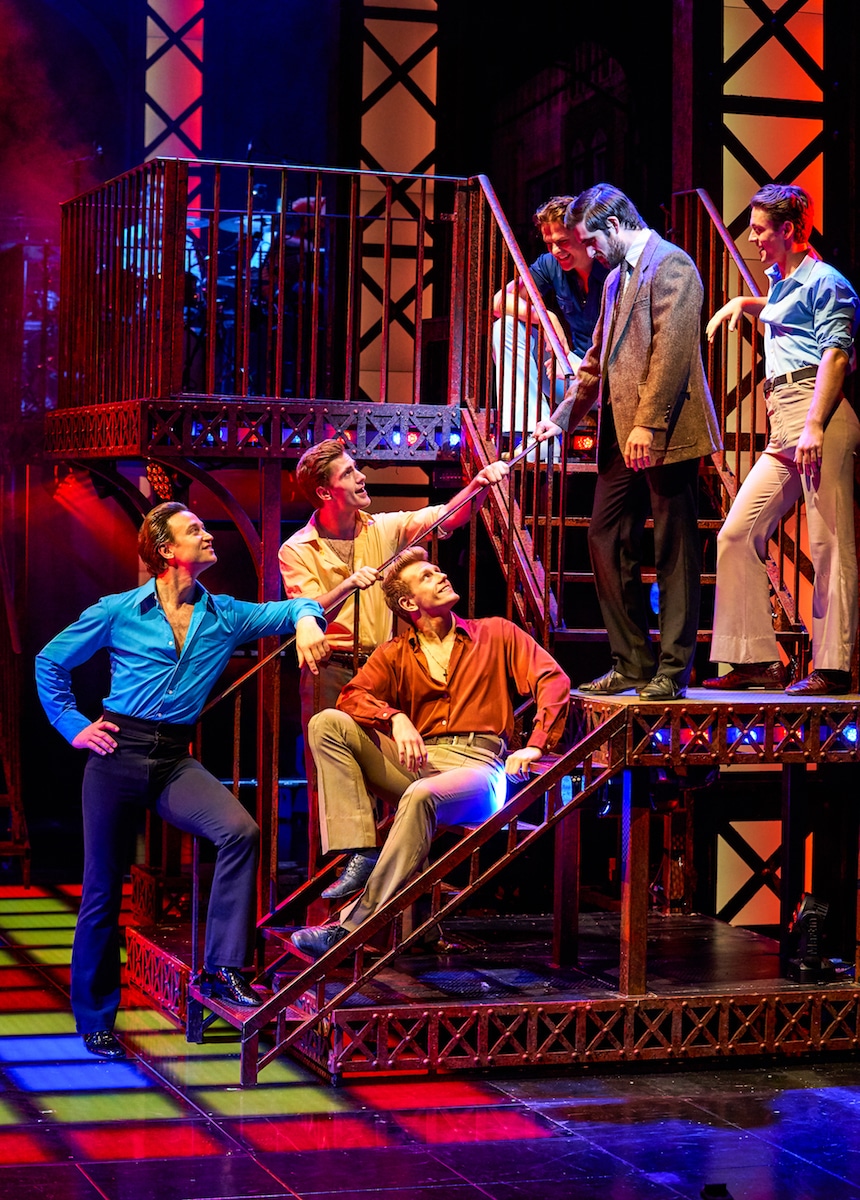 Tony Manero, played by Jack Wilcox, saunters onto the stage in a tight-fitting pair of flares and an unbuttoned shirt, clicking his fingers in time with the music. As the beat drops, so do multiple disco balls from the platforms above, reflecting multicoloured lights onto the audience and bouncing around the theatre. The party has officially started, transporting you from the stalls and onto the dance floor of the 2001 club.

Tony and his friends are a group of stereotypical Italian Americans with macho bravado and a few outdated views on women. They just want to have fun, flirt with girls and disco dance. Much like John Travolta in the film, Jack as Tony is a heartthrob, the scenes where he’s getting changed from his work uniform to his dancing clothes are met with cheers from the ladies in the audience.

However, it’s Tony’s friend Bobby C, played by Harry Goodson-Bevan who stands out for me, with his rendition of Tragedy. His character goes from the quiet and shy friend at the back, to performing an emotional song that stuns the audience, complete with iconic dance moves from the ensemble. He perfectly portrays the role of a young man who’s desperately trying to talk to his friends about what he’s going through while still wanting to fit in with his friends and have fun.

The dance scenes throughout the show somehow scream the 70s but are also timeless. Everyone knows the Saturday Night Fever dance, even if you don’t think you do. There’s even an emoji of it! 🕺

All of the moves were recognisable from nightclubs across the world and each routine showcased the talents of the cast and choreographer, Bill Deamer, brilliantly. The use of a real light-up dance floor and a large mirror behind the dancers means you can see each move as if you’re in the disco with them. 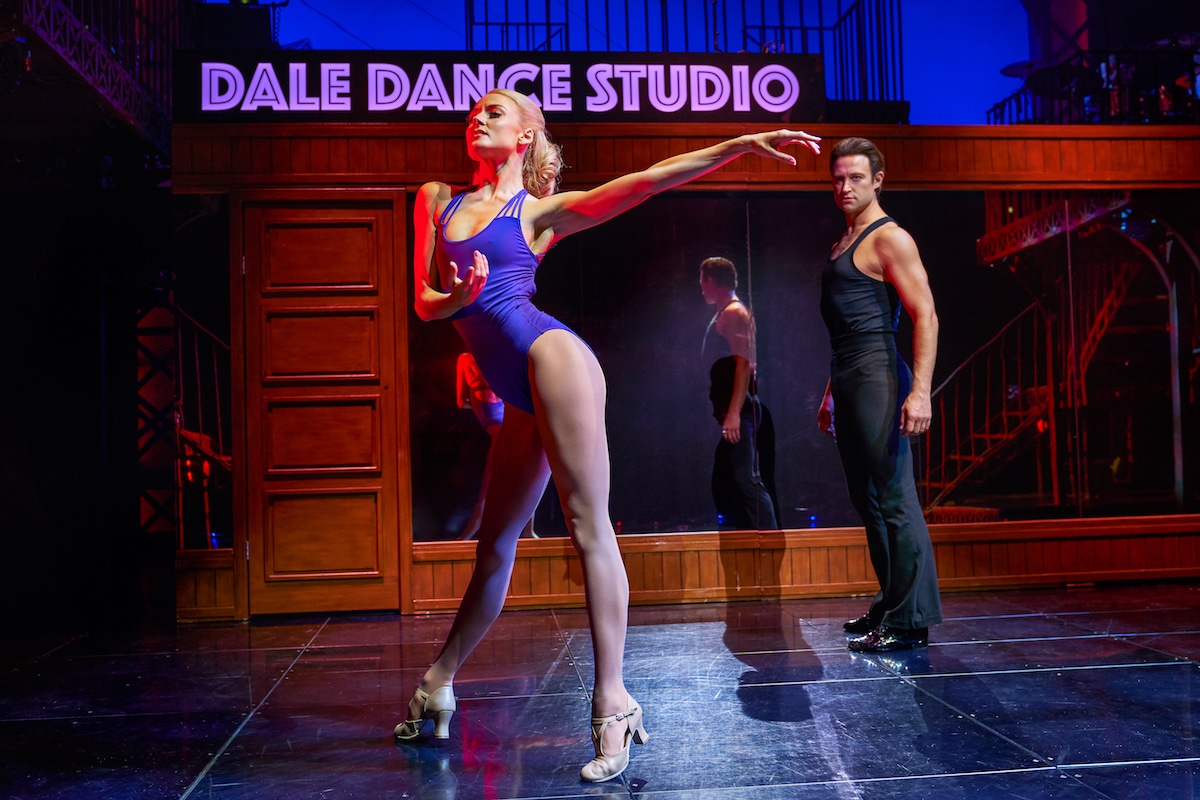 The over-the-top routines are contrasted with scenes of Tony and his family around the dinner table. Hinting at themes of violence and a rough upbringing for Tony and his siblings, these scenes seem a little rushed, leaving you feeling like you’ve missed half the conversation and want to know more.

The standing ovation at the end of the show is met with an encore featuring a medley of the Bee Gees hits, a final group dance and a lot of audience participation, encouraged by the cast. Saturday Night Fever is a fun timeless classic that will have you singing and dancing for days after.

Don’t miss out, get your tickets now here