Review: One Man, Two Guvnors is full of laughter, shock – and audience participation 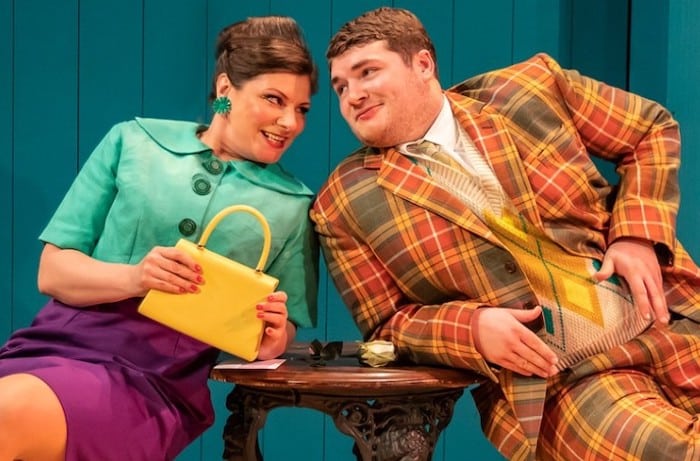 Around ten minutes before One Man, Two Guvnors begins, the live band play three songs as the audience come in. It’s a nice twist to usual silence that most plays have while you find your seats.

Matthew Ganley, who is the main vocalist throughout, introduces the play. Not only is he part of the band, he also partakes in the play itself, alongside his fellow musicians, Rodney Matthew (Charlie “the Duck” Clench), Lauren Sturgess (Pauline Clench), and Alexander Bean (Lloyd Boateng).

The stage is built with stairs leading from the band area to the main stage, so the musicians can change between both of their roles.

As the set changes, the band either play a song or music to keep you entertained during those set changes. 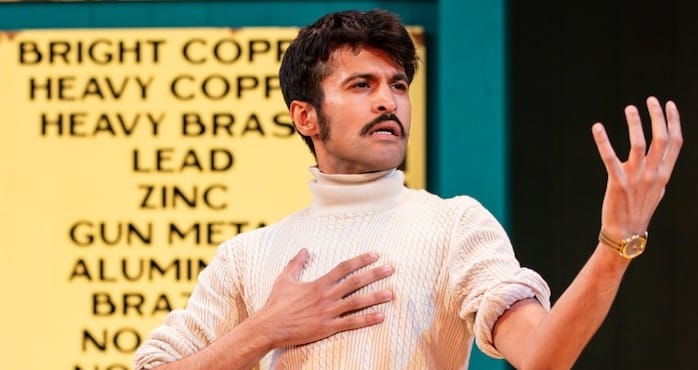 A big part of the show is how much you, as an audience member, are involved in the show.

At one point Francis (Jordan Henshall) asks two audience members to help him lift a trunk. They are then incorporated into the play later on.

Not only does he get the audience physically involved, but he also talks to the audience with narration and sometimes asks for help or advice.

At one point, he asks me for help and he (purposely) does not listen to me – and then proceeds to blame me for his mistake. 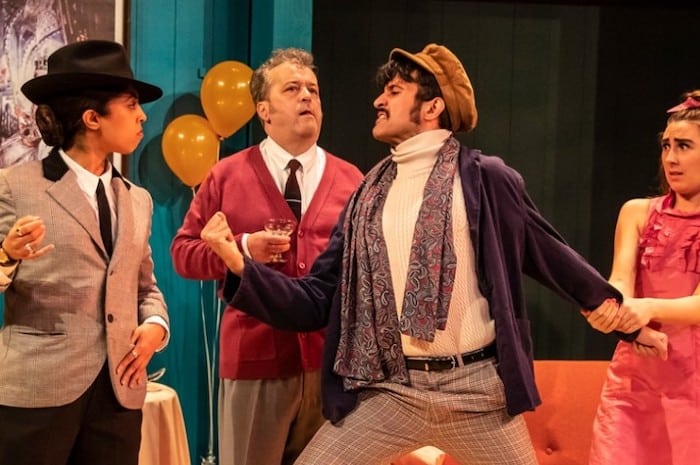 A highlight has to be the slapstick comedy genius Javier Marzan, who has a small but unforgettable role as Alfie. His skills are incredible, and it makes you wonder how on earth he can have so much energy.

There are a few set changes. There is the house of Charlie Clench, a pub, a hardware store, the pier and the inside of the pub. The changes are subtle, with the tables changing and the walls turning.

The stage handlers have a time limit of the songs being played, which is not a long time, but they do it with the help of the cast as they are walking on stage.

Each cast member has a moment where they get to sing, and they bring out the microphones themselves. Jordan Pearson and Laurie Jamieson (Stanley Stubbers) play instruments with the band instead of singing. 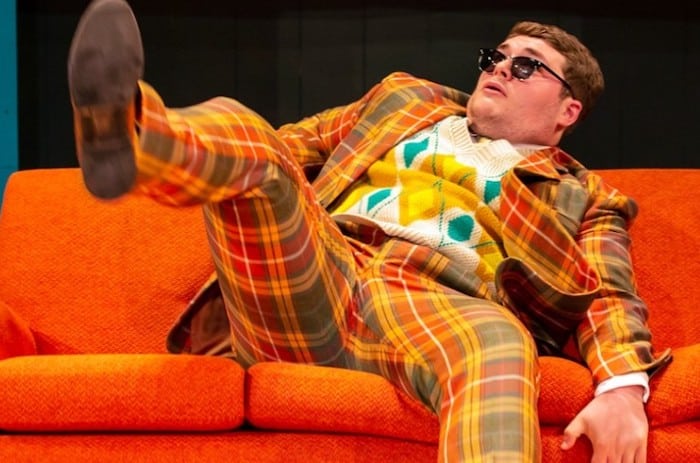 There are moments when you are transported back into the future, as the cast mention certain events or objects that exist in our every day lives.

One example is when Polly Lister mentions a woman in 10 Downing Street who will be the best leader in the world. It is a moment of hilarity as you realise the naivety of society and the optimism you had for the world.

After the play, you get to have drinks and have a conversation with the cast, which can help you understand certain stunts or any moments of the play you enjoyed that you want to tell them about.

I’m able to have a chat with Jordan Pearson about his incredible job as Francis. I ask the question, “How did you not get tired?” He points to the director Lotte Wakeham and says, “Its her fault.”

Honestly, Jordan Pearson makes the show, with his random moments of ad libs towards the audience and his highly energetic performance.

He brings an element of light heartedness to it, and it helps the play be what it is meant to be: an easy going play that really does make you laugh out loud.

One Man, Two Guvnors is at the Octagon Theatre, Bolton until Saturday 25th June 2022. Tickets are available here.