Review: Mythos trilogy by Stephen Fry at The Lowry

Fresh from his appearance at the Edinburgh Festival, award-winning comedian, actor, presenter and director Stephen Fry is at The Lowry this weekend before heading to Liverpool, Birmingham, London, Oxford and Gateshead.

His three-part, one-man show – entitled Mythos: A Trilogy – sees the comedian telling a variety of stories about Greek gods and heroes. Based on his bestselling book, Mythos divides tales of love and war, debauchery and revenge into three full-length shows: Gods, Heroes and Men.

The first part, Gods, takes us from primordial chaos (“a terrible mess like a teenager’s bedroom”) to the creation of the dazzling Greek pantheon. It’s a rip-roaring romp through Greek mythology, and, unsurprisingly, it’s an Olympian feat of storytelling. “Mythos” means “story”, after all.

After all, this is the man who rose to fame alongside Hugh Laurie in A Bit of Fry and Laurie (which he co-wrote) and Jeeves and Wooster, and was unforgettable as General Melchett in Blackadder. He has hosted over 180 episodes of QI, and has narrated all of the Harry Potter novels for the audiobook recordings.

He’s the bestselling author of four novels as well as three volumes of autobography. Mythos and Heroes, his retelling of the Greek myths, are both Sunday Times bestsellers.

The stories come thick and fast in this live show. There’s Kronos chopping off his father Uranus’ genitalia and throwing them across Greece, leading to the birth of Aphrodite. There’s the Titans, the arrival of Zeus and the gods, the creation of man (and woman), and how the seasons came about. Plus there’s the welcome arrival of wine, thanks to Dionysus.

There’s the familiar tales of Pandora’s Jar (not box, we learn; that was a mis-translation by Erasmus) and the hapless King Midas who found that everything you touch turning to gold isn’t all it’s cracked up to be.

It turns out “be careful what you wish for” is a common theme when dealing with these playful, and frequently vengeful, gods. Gifts can come with a sting in the tail – quite literally in the case of Melissa and the honey.

But while the stories show off an impressively wide-ranging classical knowledge, they’re accessible and entertaining, too. Moody Titan is described as being “like an emo”, and it’s highly unlikely the phrase “man custard” has ever been uttered before in The Lowry.

Stephen frequently stops mid-story to remind us of the classical origins of everyday words in modern English, too. “Plutocrat”, for instance, comes from “Pluto”, the Ancient Romans’ name for Hades, Greek god of the underworld. Riches were thought to come from below – whether precious stones and metals or plants and seeds.

And we learn a lot from the show. You don’t need to remember all the names, “some of which sound like diseases”, says Stephen. Although he himself has no trouble recalling the numerous descendants of the gods and mortals, some of whom are conceived and delivered in jaw-droppingly bizarre ways.

Storytelling comes naturally to Stephen and, as he points out in the opening to the show, it’s something older than a play or concert. It’s something our ancestors have always done.

Mythos is a gripping one-man tour-de-force from one of the best-loved and most respected cultural figures of our times. It’s an absolute pleasure to gather round the metaphorical fire and listen.

Mythos: Heroes and Mythos: Men, parts two and three of the trilogy, are at The Lowry on Saturday 31st August at 2pm and 7.30pm before a UK tour. 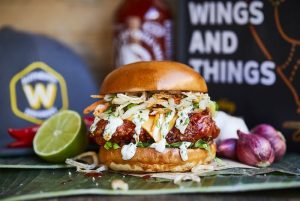 Honest has launched a Thai fried chicken burger for summer 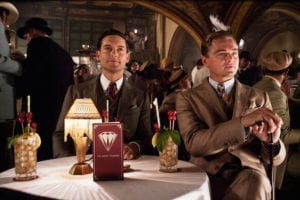 Gaucho Film Club – If it’s On The Screen, It’s On Your Plate 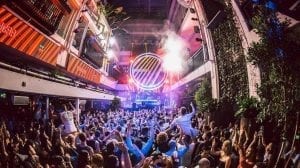