Review: Much Ado About Nothing is a stellar play with a stellar cast to match 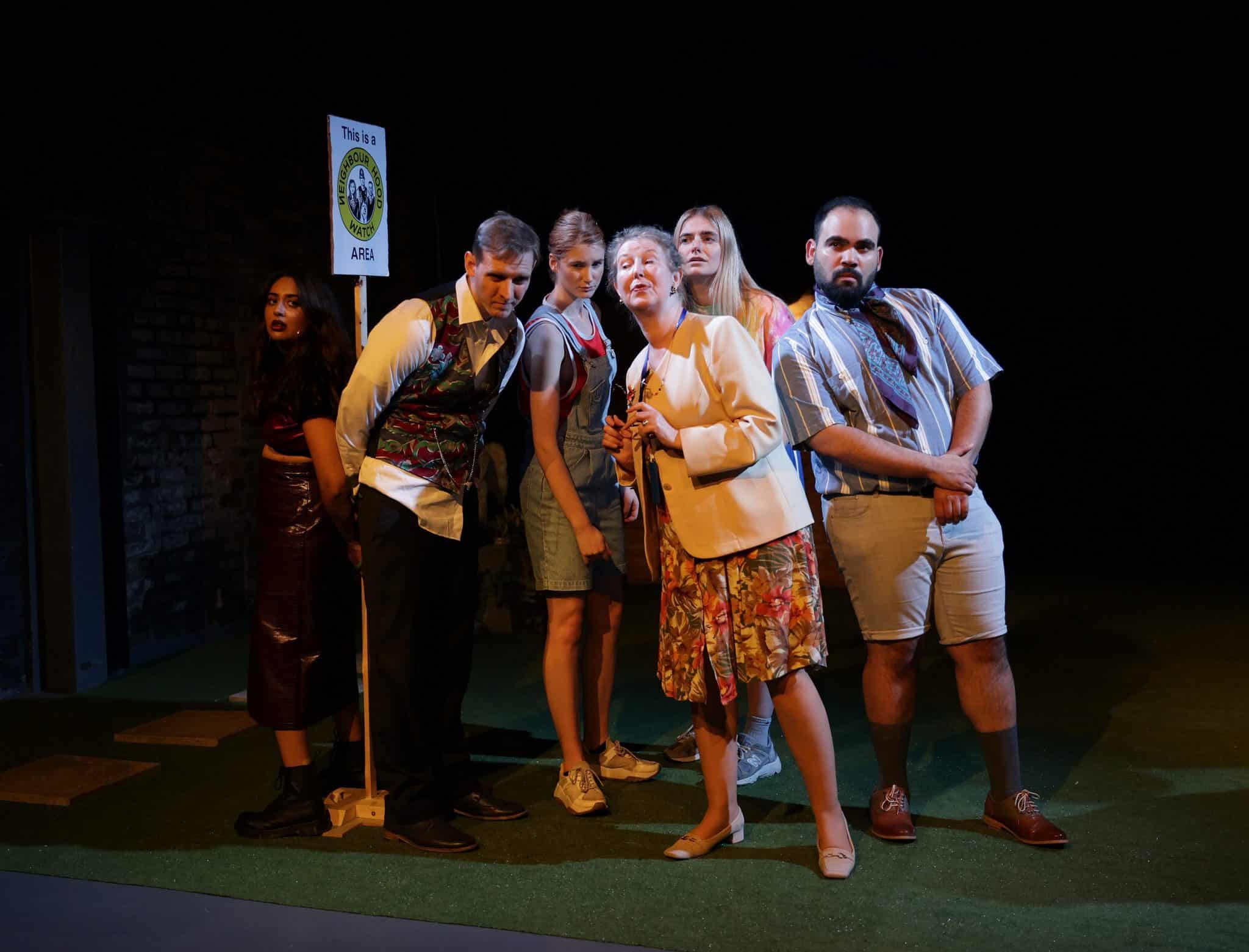 The stage is set and has various set pieces moving around throughout. The main stage never changes however. Chloe Wyn is the mastermind behind using simple set pieces to transport the audience to northeast Sicily. The lighting helps with the location change and Charly Dunford does an excellent job at showcasing different times of day and different moods with the lights.

There are many phenomenal performers in the cast, (the entire cast) but there were a couple of stand outs. One of which was Rachael Gill-Davis who plays Benedict. They brought everything to the play. They brought humour, tears and happiness to the audience. At first you don’t want to root for Benedict and Rachael makes you feel that way towards them, and as you go along in the play, you change your mind about them. Rachael also gives a good few monologues that are delivered with such passion that I could feel it in the back row.

Another standout was Lucy Keirl who plays Beatrice. Lucy also had a few monologues which were delivered with power and purpose. Beatrice is a powerful character who knows what she wants and what she doesn’t want. She’s a comforting person for her cousin, Hero to rely on, and Lucy played it perfectly.

I have something to come clean about. I am not a Shakespeare fan, but even as a non fan, I loved this show. Granted at some points I had to ask my sister for help on what was going on but once I knew what was happening, I was able to immerse myself into the incredible story telling that these incredible performers were telling.

At the end of the show, Ifeoma Uzo (Margaret) held us back for a moment and informed about the First Curtain Appeal, which is currently raising money at the Hope Mill for young children to attend a show for the first time.

They were able to fund 200 tickets last year. This time, they are trying to raise more money to get more children to the theatre to see great shows like this. They have currently raised £10,000 and they’re goal is to raise £25,000.

So, if you are in Hope Mill watching Much Ado About Nothing (Or any other production) you can donate if you want to here.

Tickets for Much Ado About Nothing at the Hope Mill Theatre

Much Ado About Nothing is at the Hope Mill Theatre until 27th August tickets can be booked here.

Much Ado About Nothing is directed by Kayleigh Hawkins and produced by HER Productions and Girl Gang Manchester.