Laugh-a-lot at the Opera House… 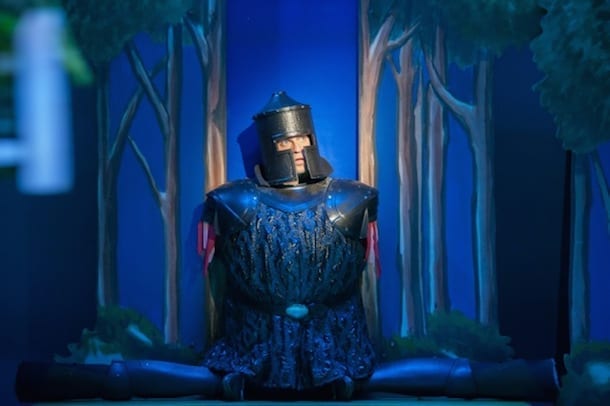 “Your mother was a hamster
and your father smelt
of elderberries”

Spamalot describes itself as the “hit musical lovingly ripped off from Monty Python and the Holy Grail” and it’s a fair description.

The main ingredients are some of the most memorable scenes from the film, including the knights who say Ni, the Black Knight (“Come back and fight me you yellow bastard!”), the taunting French guard (“Your mother was a hamster and your father smelt of elderberries”), the killer rabbit, and some very good, amusing songs written by Mr Idle and long-term collaborator John Du Prez. There’s also some new stuff and some updating of the film script (Prince Herbert is openly gay rather than merely effeminate and ends up marrying Sir Lancelot).

Some material has been lovingly nicked from the Python archive such as the fish-slapping dance and the song “Always Look On The Bright Side Of Life” which feels like they’ve been included to add bulk to the product. 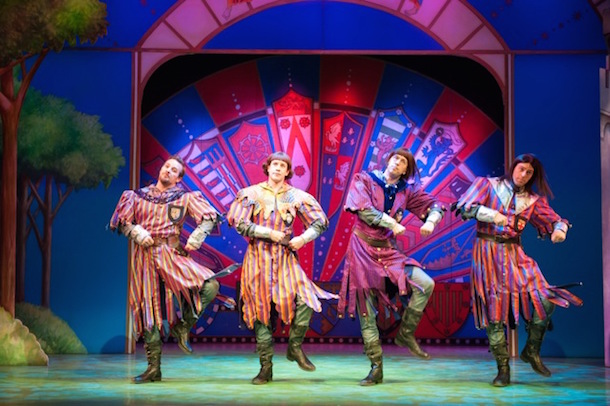 The cast, which includes Joe Pasquale as Arthur and Todd Carty as Patsy, are excellent and clearly enjoy themselves as much as the audience. The star of the show, though, is Sarah Earnshaw who delivers a show-stopping performance as the Lady of the Lake. The only disappointment is Professor Brian Cox who appears as a hologram of God but looks nothing like Him.

As this is a Pythonesque production, this is not just a musical but a spoof musical, with lots of references to the musical form and conventions. The cast constantly remind us they are performing a musical, not least when the grail is discovered under the seat of a member of the audience and the occupant is invited onto the stage.

If you’re a Python fan you’ll enjoy Spamalot, particularly if you enjoyed last year’s reunion shows at the O2 Arena. If you’re not a Python fan, I pity you.

Mr Idle is clearly an expert in recycling old material to milk even more money out of the dead parrot that is Monty Python. It’s funny. It’s enjoyable. And it works.

Spamalot is at the Opera House, Quay Street until January 24.