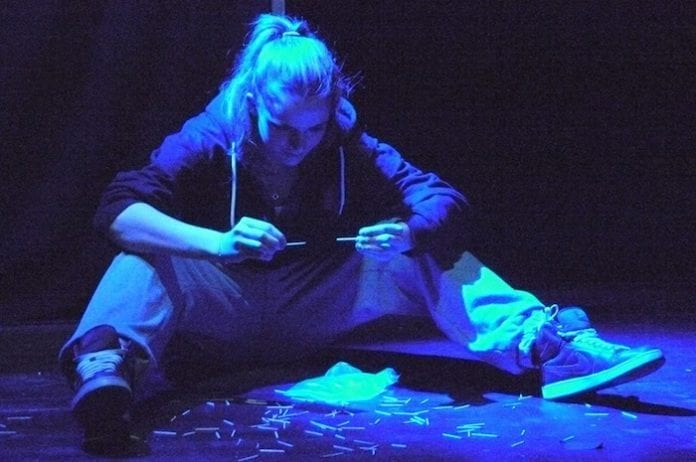 Matchsticks is a gritty two-woman play set in a prison where everything is mind numbingly bleak.

Dani (Rachel McMurray) seeks counselling because she wants to improve her record and get out as quickly as she can.

Her counsellor, Heather (Catherine Morefield) struggles to connect with her but finds her much more amicable once she has introduced her to matchstick modelling.

McMurray was inspired to write the play by an encounter with a high security prisoner she met in Strangeways when running workshops there.

“Half way through the workshop we had a break, and one of the prisoners told me he made matchstick models. He was telling me about how he struggled with his anger, and one day a guard threw a bag of matchsticks and some glue into his cell and said, ‘do something with these’. He went on to tell me how it has changed his time in prison and my first thought was, I want to tell your story.” 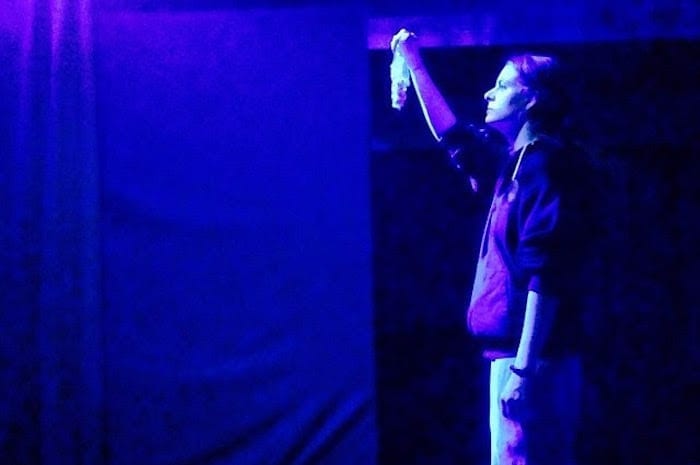 The stage and set were simplistic, with one side representing Dani’s cell and nothing but wooden blocks to serve as the bed –  and often a pool of matchsticks on the floor. The other side represents Heather’s office with two wooden blocks being used as the chairs.

McMurray and Morefield were excellent, with great onstage chemistry and mesmerising delivery throughout.

McMurray was believable in her array of contrasting emotions. From her hunched and defensive stance to the raw honesty when opening up to Heather, to wild anger and grief and – eventually – the more upbeat, relaxed version we see towards the end.

Every emotional reaction was played brilliantly, enabling the audience to peel away the face of the offender and see the frightened and broken girl within.

Heather is a more composed character who can keep her emotions in check but her performance was no less captivating.

The emotion bubbling under the surface was heartbreaking, particularly when we find out that she is unable to have children. Her facial reactions were well-judged and perfectly expressive in each scene.

During Dani’s monologue, in which she screams and shouts about her experiences, both actors were exceptional.

McMurray was word perfect and delivered the monologue with passion and believability. And Morefield’s responses in facial expression and body language made it so that your eyes were constantly dragged back to her to see how she was reacting to everything that was said.

With intelligent direction from Naomi Albans, both sides of the stage were used to great effect. There were also a couple of moments of fourth wall breaking, which heightened the intimacy of the space and connected the audience on a deeper level making it feel as though Heather was reporting to us.

Sound was also used very well in the production. There are two moments when we find out important facts via voiceover – the first when Dani’s daughter let it slip that her husband is having an affair and the second when Heather’s doctor gives her the news that it would be nearly impossible for her to have children. Both actors reacted wonderfully in these moments.

Matchsticks makes a statement about just how important creativity and the arts are, particularly in reforming prisoners, and will leave you wondering why they aren’t valued as much as they should be.

Overall, a very moving and thought-provoking piece with two amazing actors. I will be looking out for Fine Comb Theatre productions in the future. 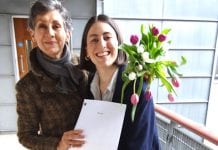 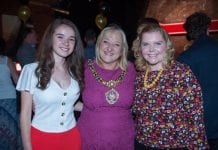 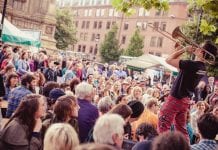 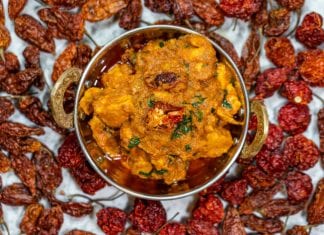