Review: The Manchester Project at HOME 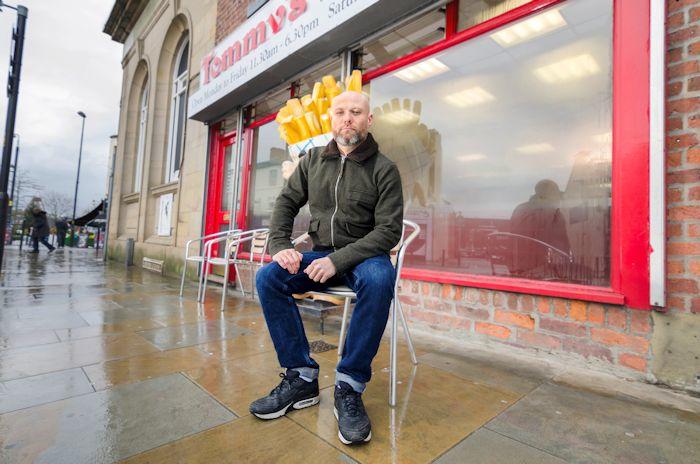 Mancunians showed the world their sense of identity last year when they came together to mourn the victims of the terror attack on the Arena.

But Monkeywood, a small but perfectly formed theatre company, have been celebrating the attitudes and values of all that is Manchester for the last decade.

I have seen a few of their productions and they all share a distinctive voice. And although they tend to feature disenfranchised characters who may not be entirely happy with their lot in life, or the city they live in, there is a sense of solidarity running through each production, like the words ILoveMcr running through a stick of rock.

Manchester is like the family member you can criticise – but if you hear someone outside the circle slagging them off, you’ll ‘ave ‘em!

Part of PUSH 2018, two weeks of workshops, plays, visual arts, and film from the north west, The Manchester Project is Monkeywood’s most ambitious piece to date, but it still manages to create that intimate atmosphere that this innovative company is known for.

You can see why it’s a called a project when you realise that this is a whistle-stop tour of the good, bad and ugly sights and sounds of Manchester and the feelings they evoke. Told through the eyes and pens of 18 Mancunian writers, it invites the audience to hop on a tram from Burnage to Withington.

Some bits of Manchester come in for a bit of stick.

It’s no surprise to see Didsbury by Anna McDonald Hughes suggesting the place has an identity crisis. Everyone knows it, but what does it offer beyond the café culture and the fancy houses? None of these observations are cruel, and they are delivered by a talented cast, who all deliver natural performances, switching characters and narrative arcs, with genuine ease.

I have worked all over Manchester including the north and particularly enjoyed Ian Kershaw’s Harpurhey.

His writing is rich and detailed and focuses on the Manchester Dogs Home fire. His moving account is poetic, poignant and stirs something inside you, as he highlights that the fire starters did it to ‘feel something.’ Anything.

That is what is grips you with every vignette here. They could so easily lapse into lazy stereotyping, but instead the question ‘why’ is asked and, in most cases, it is answered and explored.

Some plays are weaker than others, and this is more to do with length than the quality of the writing. I wanted more from Rebekah Harrison’s Droylsden and Reuben Johnson’s Little Hulton than we see here.

But this is a minor a quibble. It speaks volumes that you want to hear more than these maverick Manc voices because each piece has a quiet intensity due to the wonderful writing and terrific turns.

In terms of performances, Reuben Johnson’s brilliant narration of his character’s double life working in a chippy in Middleton (by Chris Hoyle) by day, serving “small minded” people,  then hopping on the bus to Canal Street, stays with you, because it explores how this city varies drastically from stop to stop.

Eve Steele’s monologue City Centre is compelling and is a love letter to “coming into town.”

Cathy Crabb’s Failsworth is carried incredibly well by Meriel Schofield who delivers Crabb’s Victoria Wood-esque lines with panache. I particularly loved the local barfly, who had scrabble pieces shoved into his gums, doubling as teeth.

Equally good is Monkeywood founding member Sarah McDonald Hughes, who has a knack for playing feisty fireball characters. In her piece, Flixton she plays another, someone who questions her mam as to why she chose to live there.

James Quinn, known to many for his brilliant turn in Early Doors, which is coming to the stage soon, conveys his reliable comic timing as a variety of characters. One of the best is in Curtis Cole’s spot on snap shot of Moss Side through the eyes of a tourist who has clearly been reading The Daily Mail.

Martin Gibbons directs these mini-plays with no time to waste. There is no filler here and he moves from piece to piece with respect for the audience, with nothing feeling too rushed.

Like the annual treat that is JB Shorts, you’ll want to know more about some characters and will probably want to see them in a full-blown play.

But as it is, the Manchester Project is a heartfelt and funny look at Manchester’s ever-changing landscape of footie, music, marvellous Mancs and newcomers to the city, with not a hoodie or stereotypical scally in sight.

The Manchester Project is at HOME on 27 January. Book here.