Review: The Elves and the Shoemaker is a delightful feel-good festive show 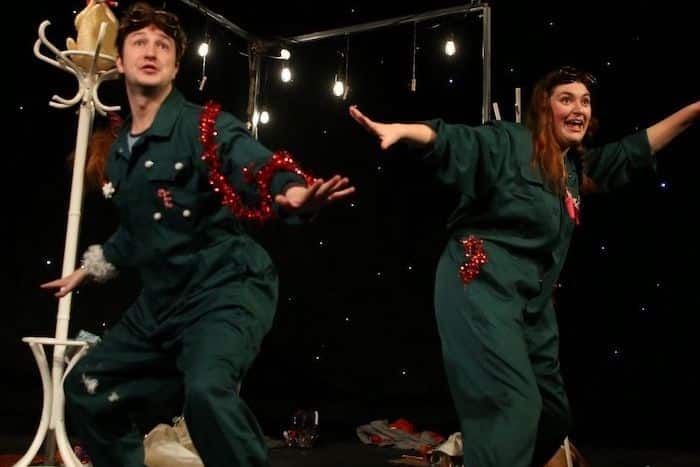 Staged in the cosy 53Two theatre on Watson street, The Elves and the Shoemaker brings its infectious festive spirit to theatre in a heart-warming tale about spreading Christmas cheer.

The Motley-Minded Cobblers presents a brand-new take on the classic fairy-tale involving music, mischief and mayhem with an exciting modern twist.

This adaption tells the story of Ethel and Gingerbread, the two Elves who are determined to save Christmas after failing their exams and being forced to leave the North Pole.

Stumbling upon an elderly couple who are struggling to pay the rent through their failing Shoemakers business, the pair decide they must help. 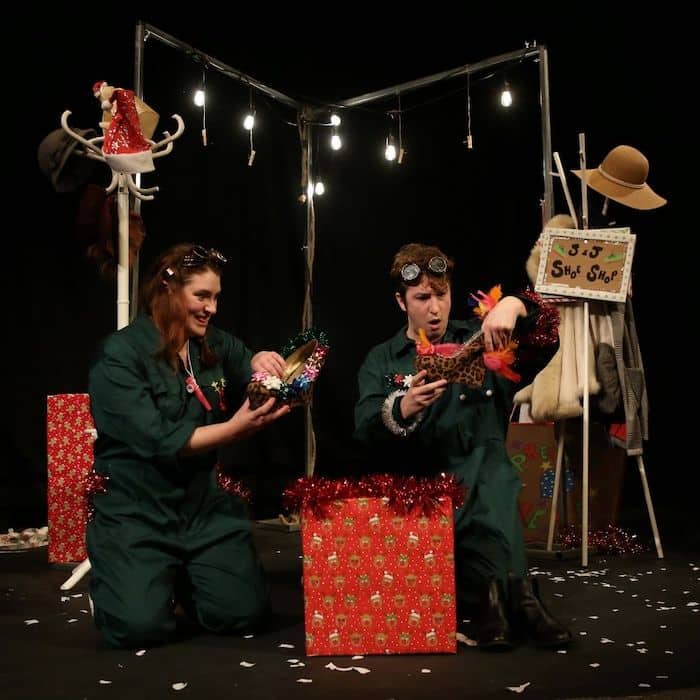 Once the couple go up to bed, the Elves come out to play and begin work by adding the right amount of ‘pizzazz’ the shoes need to attract customers from far and wide in a catchy song which lyrics you just know will be lingering in your head afterwards.

Abey Bradbury’s wonderfully quirky and humorous direction works a treat which flawlessly transfixes the children and adults alike into the Christmas magic.

The set works as a revolving closet as Abey and Mikey Rowan switch seamlessly between each of their many roles, whilst Sam Kearney-Edwardes offers plenty of comedic moments which complement the performance.

Adding its own modern kick, the show features an online influencer as well as ‘a Karen’ who not only demands rent, but also requests she is to have the most glamorous pair of shoes in the land. 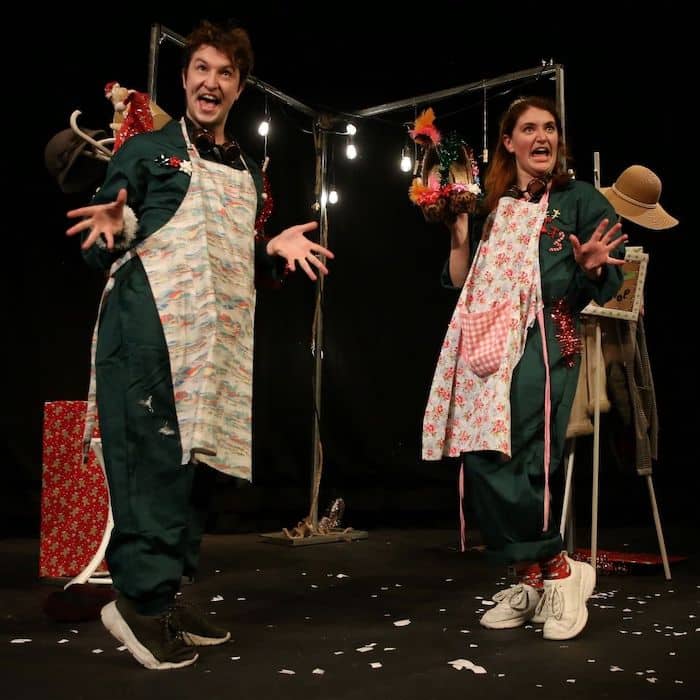 However, it is clear the Elves were the stars of the production, from the moment they leaped into action the children in the audience were overjoyed with excitement.

Despite both actors being far younger than that of an old age couple, the duo manages to portray the awkward rigidity of Jeremy and Jemima, perfectly nailing each punchline.

The show is highly interactive for the young theatre goers too, meaning it’s a perfect treat for the kids whilst you take a break from your Christmas shopping.

But perhaps the most encapsulating element of the play is the underlying message beneath.

The story illustrates that sometimes it isn’t always about doing the most courageous of deeds, occasionally it is more important to help each other the best we can and that even the smallest gesture could change someone’s life for the better.

This is the perfect show to put you in the festive spirit.

With plenty of laughs, dancing and catchy songs, the show personifies what Christmas is all about.