Review: Dreamboats & Petticoats is a feelgood show which taps into an age of innocence

The Dreamboats and Petticoats musicals and albums have a loyal following, as they tap into a time of innocence.

Forget streaming and skipping tracks in search of something else, this show celebrates a time when people discovered new music via the radio, television and on the live circuit.

The book by Laurence Marks and Maurice Gran (Shine on Harvey Moon, Birds of a Feather and Good Night Sweetheart) has a few good gags, as we follow Bobby (David Ribi) and Laura (Elizabeth Carter) in their quest to get their music seen and heard as they navigate their relationship, whilst spending time apart performing. 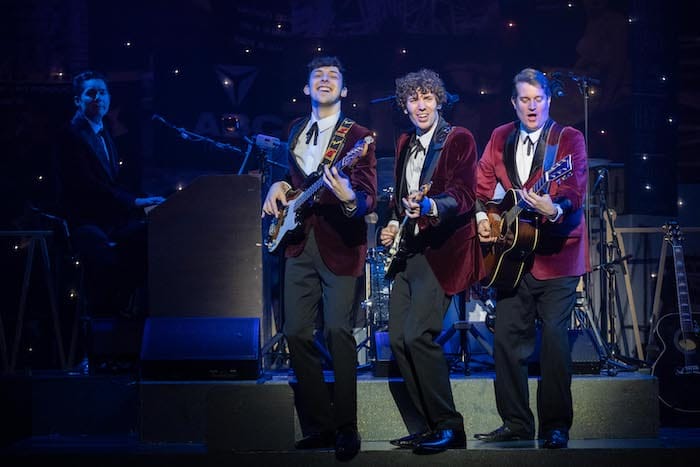 The plot is thinner than a paper vinyl sleeve and it serves one purpose: to bring on another song. The subversiveness shadow of & Juliet and Mamma Mia! looms large over this feelgood show, as each snippet of dialogue has a punchline with a song ready to finish the sentence.

There are attempts to move the show into a more contemporary landscape.

Laura used to be referred to as Bobby’s girl, but she is now forging her own path and he is the one who is nervous about performing, and he refers to ‘panic attacks.’

But within about 20 minutes, the lack of a plot means you have two choices – you either have to succumb to the music, or switch off and sigh. There is humour here and some of the gags do make you smile. 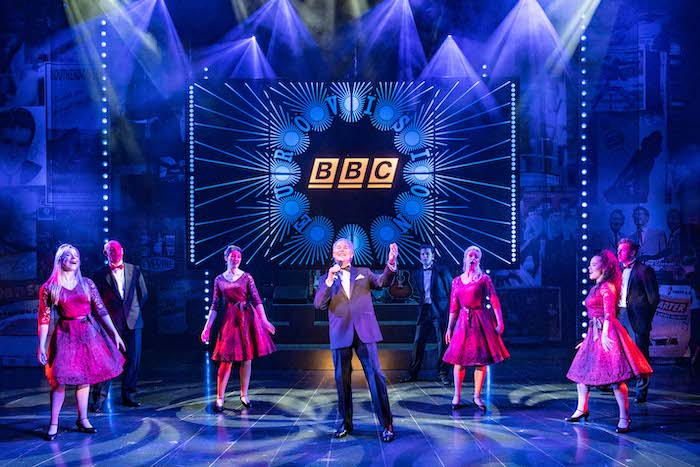 David Benson provides many of the funny moments and his brilliant Kenneth Williams impersonations leave the audience in stitches.

No surprise, as he has played this part before in a one man show, so it is perfectly honed.

Strangely, the Williams sketch is part of a Eurovision Song Contest sub plot which has no tension or place in the musical, it just sits there as a time filler. And that is part of the problem with this show, the plot simply kills the time until another song comes along.

When the music does kick in, there is a terrific band featuring Benji Lord, Joe Sterling, Rob Gathercole, Sheridan Lloyd, Daniel Kofi and Alan Howell to keep you entertained and remind you just how much you have missed live music.

They are joined by Chloe Edwards-Wood and Lauren Chinery who act, sing and play the sax and clarinet. The story might be slight but the talent on stage is far from lightweight. 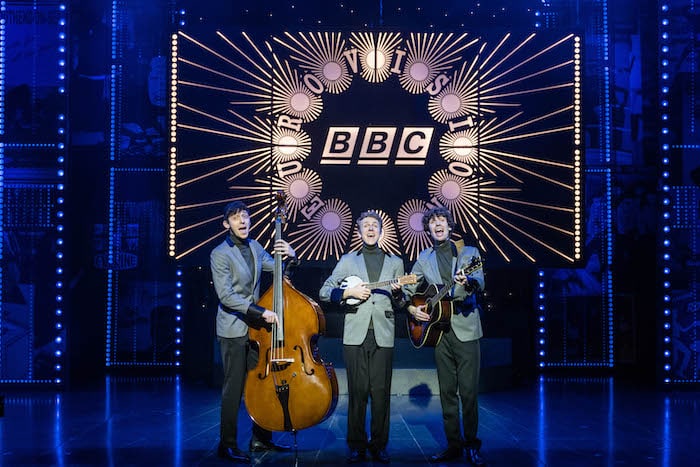 Elizabeth Carter and David Ribi have starred in this musical franchise before and it shows, as they are both comfortable flitting between the odd cringeworthy line of dialogue and getting it out of the way, in order to convey their true talent which is entertaining the audience through the songs of yesteryear, including Where Did Our Love Go? and I Can’t Help Myself.

Former pop star Mark Winter pops up as Larry – a manager and the audience knows that he is here, so that he can revisit his old hits and this comes in the guise of a medley performed at Eurovision.

This is a small cast with a great deal of talent and they do a grand job of retaining your focus when it starts to wane. 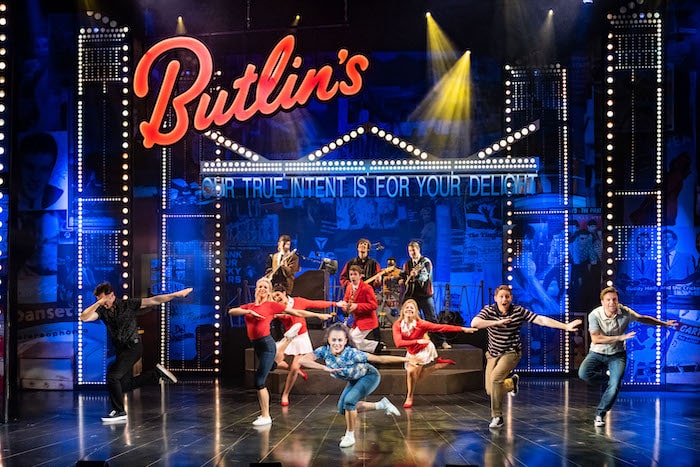 I would say forget the plot and just enjoy the music, but the show does feel far longer than it is. It desperately needs something to hang these songs onto before they take off. Mamma Mia!, & Juliet and others have a playful nature, lots of comic moments, high emotion and they revel in how ridiculous they are. More importantly, they have strong stories and you care about the characters, as a result.

This instalment of Dreamboats & Petticoats is so determined to bring back the good times that it forgets just how important a good story is; sadly the jukebox is not enough. The cast are worth seeing though, as they Keep on Running regardless.

Dreamboats & Petticoats: Bringing on Back the Good Times! is at The Palace Theatre until 19th March and tickets can booked here.