Review: Doctor Dolittle The Musical at The Lowry 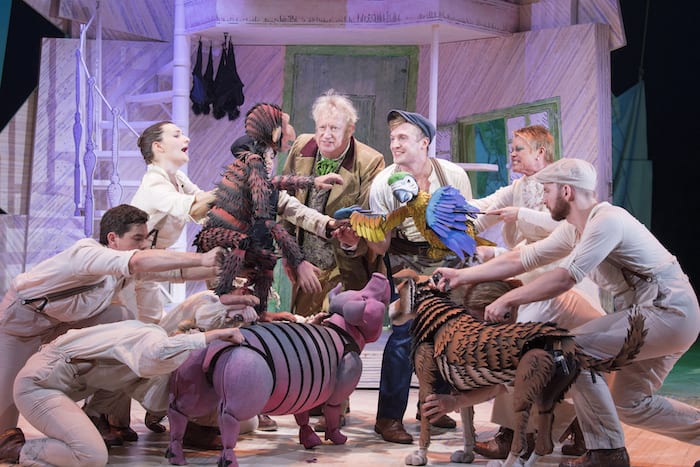 There are so many Christmas shows in town at the moment that it’s hard to choose what to take your kids to. With The Producers at the Royal Exchange neatly nailing down the adult market, Doctor Dolittle The Musical might appeal to you if you want the complete opposite.

Based on the stories by Hugh Lofting, Doctor Dolittle The Musical follows this eccentric and quirky man’s quest to communicate with animals and become their champion. But he is met with resistance because, although veganism is now celebrated and no longer a dirty word, the doctor is way ahead of his time.

Mark Williams plays the famous quack who starts by talking to pets then moves on to animals that members of the public bring him.

You may, like me, remember Rex Harrison in the 1967 film version, who literally talked to the animals because he couldn’t sing. And there have since been non-musical movies starring comedian Eddie Murphy. These films had gas and fart gags to win kids over to a deeply old-fashioned storyline. 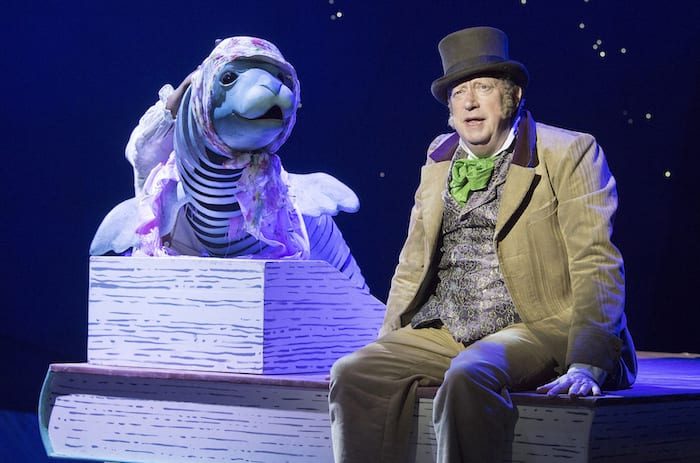 Tom Piper’s striking set design is reminiscent of the drawings in the Paddington TV series. Everything has a freshly drawn appeal to it which gives kids a break from computer generated imagery.

Whilst Nick Barnes’s beautiful puppets look simplistic on the surface, there are some magical moments involving a stunning pink snail which takes your breath away when it appears.

On paper, the show has everything a family show needs to be successful; a sweet natured, inoffensive story, a well-known lead, sprightly performances, and visually it offers kids a real treat for their eyes. And, there are some large scale effects in the second half. So it’s a shame that much of the first half feels a little flat.

There is something deeply earnest and dated about the material. So much so that Mark Williams cannot do much with the title role because, however well-intentioned his character is, he is also slightly dull. And when he starts to speak to the animals, it is hard not to laugh for all the wrong reasons. 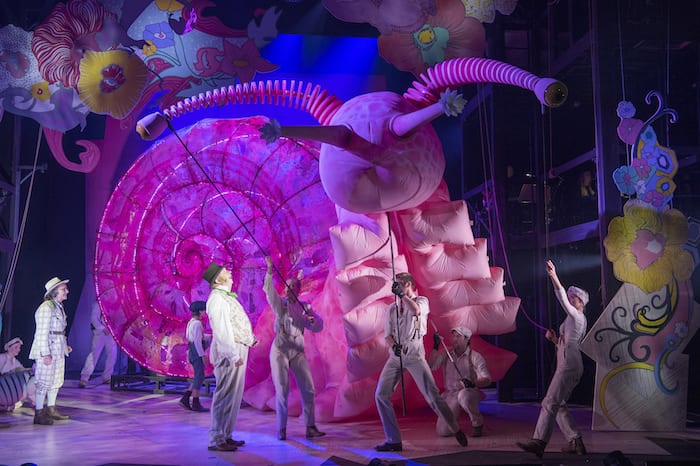 Because kids can see the likes of War Horse and Matilda, which are both based on books but do not slavishly recreate the best moments, you wonder who the audience for this sweet tale is.

Last Christmas, the New Vic production of Around the World in 80 Days wowed audiences at The Lowry, because it dared to be different even though the source material was published in 1873.

Doctor Dolittle looks good but beneath the surface it still has the feel of something that is ideal for Boxing Day, when everyone is a bit sleepy and they have over-indulged.

There are some saving graces though. 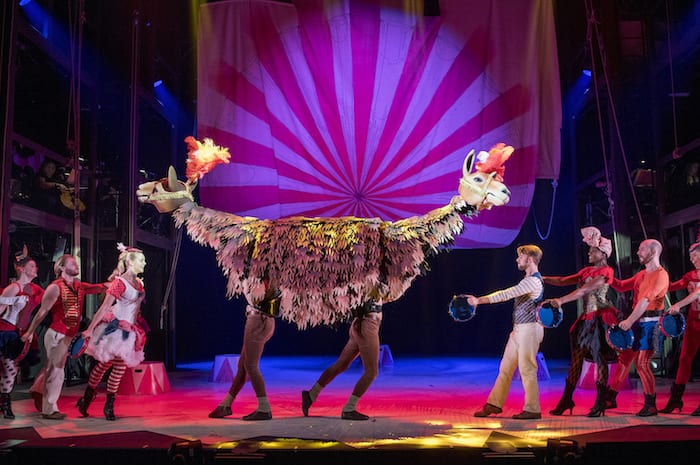 One of them is the talented Salford actress Mollie Melia-Redgrave as headstrong heroine Emma Fairfax. She has a beautiful tone to her voice, genuine stage presence and real warmth. And she has a lovely, natural chemistry with Patrick Sullivan, another excellent performer.

Williams does well with the material but when he is off stage the show appears to falter. He is not given much to work with, and his Doctor lacks the personality to truly engage.

There are some nice songs by Leslie Bricusse which add up to a mildly diverting show designed to keep the kids entertained. Just don’t expect Mark Williams Meets The Muppets. Now that’s where they should have gone with this one.

Doctor Dolittle The Musical is at The Lowry until 5th January 2019.

Read More »
September 26, 2020
PrevHave you read?Highs and lows of 30 years in acid house: 808 State’s Graham Massey on the Manc band’s landmark year
Next read...New Year’s Eve 2018 – our pick of the best places to celebrate in ManchesterNext