We sent Dennis Keighron-Foster down to darkest Didsbury to see what all the fuss was about... 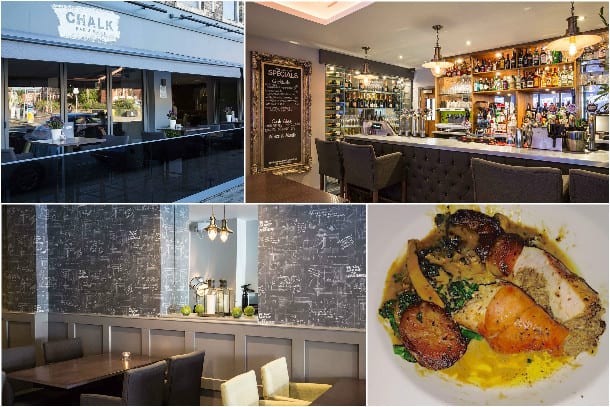 After hearing so many good things about Chalk Bar & Grill (not least that it was named ‘Best Newcomer, South Manchester’ at this year’s Eat, Drink and Sleep awards), we thought it only right to send Dennis Keighron-Foster down to darkest Didsbury to see what all the fuss was about…

Chalk’s new autumn evening menu covers all bases and includes some lighter options, too – something lots of restaurants seem to neglect in the colder months. It seems that unless it comes wrapped in pastry or on a bed of mashed potatoes, restaurants don’t think we want it.

“…it was the
main courses
where the
restaurant
really shone”

Chalk seems to have struck the right balance with lots of good vegetarian options but still keeping up the stodgier stuff that we all seem to crave at this time of year.

But before heading to the restaurant we enjoyed one of their signature cocktails in the bar area – a perfectly pink Lotus Martini which was slightly sweet but with a bit of a kick.

The restaurant is very smart and finished to a very high standard. A cool grey sweeps right through the space with accents of lemon yellow and some big, comfy armchairs to relax in and have a drink whilst their small band serenades you from the corner.

For those of you who think that this might bring an element of cheese, there’s no need to worry. The band are really good and the music at just the right volume so as to not put you off of your food. As I understand it, there is entertainment every Friday and Saturday. 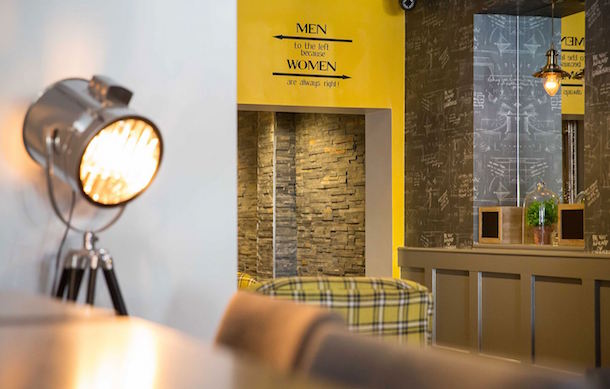 The only drawback for me was that the bigger of the two dining rooms – where we had our meal – is a bit lacking in personality and crying out for some artwork or some colour to break up the monotony of the grey walls, tables and chairs.

But this can be easily forgiven as the food and the service was marvellous. All the staff wear a funky trouser, white shirt, bowtie and braces outfit, with Converse sticking out of the bottom. It’s smart, fun and relaxed at the same time.

Chalk has some great-looking sharing starters, but my companion and I decided to go solo this time round. To start, we had salt and pepper squid on a bed of fried seaweed and some courgette and goat’s cheese fritters. Both were lovely and not too fussy, but it was the main courses where the restaurant really shone. 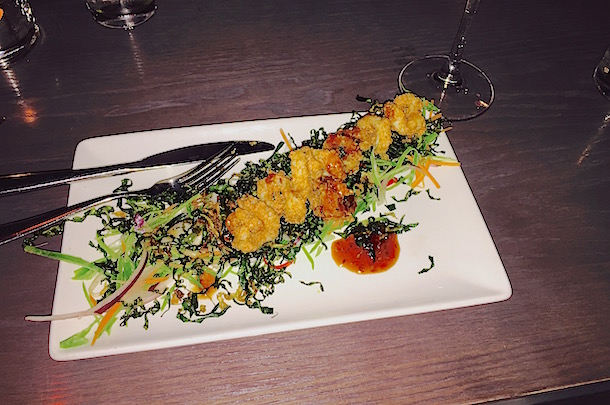 We had pork loin on a bed of bubble and squeak and butternut squash served with a beautiful creamy gravy and topped with some crisp crackling. The other main was stuffed chicken breast with a glorious garlic sauce and fondant potatoes. Both main courses were extremely tasty and not over done for its relaxed environment.

The restaurant boasts some good vegetarian options, too. A veggie platter, including homemade Parmesan crisps, truffle mayonnaise, artisan bread and wild mushroom tempura. Or for the main course there is the choice of a sumptuous wild mushroom soufflé or a Lancashire cheese and onion shortcrust pastry pie. 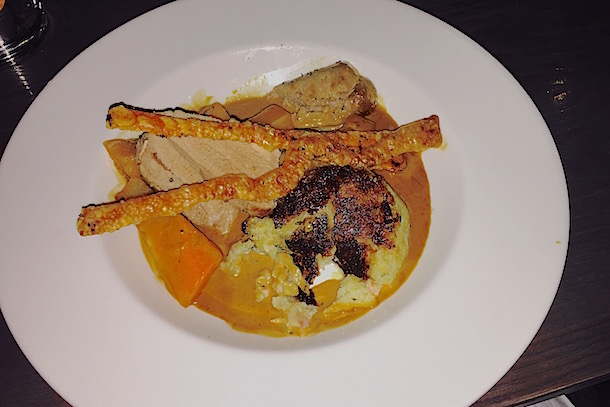 The tempting dessert menu includes an apple crumble soufflé with homemade ice cream, a melting chocolate fondant with raspberry sorbet and a Black Forest gateau, which seems to be enjoying a bit of a resurgence of late. The only memories I have of Black Forest gateaux are frozen ones from family Christmases years ago as an alternative to mum’s trifle.

Despite its kitsch connotations, the people at the next table had it and it looked scrumptious – they made all the right noises that should accompany a dessert. However, we chose to finish with treacle tart and homemade ice cream, which was as good as it sounds.

If you’re looking for a chilled out date night with some nice cocktails and good quality food, look no further than Chalk. It’s nice and relaxed and they do what they do with a bit of finesse.