A Lion called Simba and the journey that he goes on is seen as the king of Disney’s stage musicals, mainly because of the splendid visuals and the sheer amount of money it has made.

But, for me Mary Poppins and Beauty and the Beast are the two finest stage adaptations from the house of mouse.

Belle, the Beast and their friends are currently touring the UK and this wonderful show arrives in Manchester next March. Meanwhile Mary Poppins is flying around Soho to packed audiences at the Prince Edward Theatre in The West End.

Bedknobs and Broomsticks shares much in common with these two shows, as it features magical moments occurring during a time of conflict. Poppins arrives and gets a family back together and Belle attempts to show a beast ‘how to be.’

In this new stage production of the beloved film, Charlie, Carrie and Paul Rawlins find themselves orphaned, following the Blitz.

They are placed in the care of Miss Eglantine Price (the wonderful Dianne Pilkington) who reluctantly takes them in. They are joined by Emelius Browne (the excellent Charles Brunton) and this odd couple introduce the kids to something quite magical.

The opening sequence of this beautifully realised show takes your breath away, as you see these three young characters witness the horrors of war, and they barely have time to catch their breath and then they find themselves whisked away by train, in search of a new home in the countryside.

The book’s writer Brian Hill and the director Candice Edmunds are faithful to the original Disney film and the novel but they manage to bring big moments to life by making things smaller and more personalised.

Jamie Harrison’s superb set design is like the most amazing jigsaw and the talented cast piece this together, bringing the piece to life in a very similar way to War Horse, with puppetry and props.

The Sherman Brothers original songs from the film which starred Angela Lansbury and David Tomlinson remain, and some of them do have the feel of those in Mary Poppins.

This is no coincidence of course, as this talented pair penned songs for Poppins and they also composed new songs for the stage version of Chitty Chitty Bang Bang.

The flying bed that you probably remember from the film version is recreated, and the effect is really dazzling. There have been days in the last 19 months when I wish my bed could fly me away to somewhere different, so when Jamie Harrison’s illusions kick in, they really enable you to escape.

During the first act, many of the songs are so similar in sound and tempo, that you long for a set piece like Supercalifragilistic to change the mood and leave you tapping your feet or clapping along. Portobello Road does that but it is the song that does not really know when to end.

The Harry Potter films feature a repeated sequence whereby Harry goes to Hogwarts to highlight the magic that awaits. Even though the flying bed is quite something when you witness it live, it is repeated so often that it does start to feel a little underpowered.

The beauty in this show does not lie within the big budget magic box of tricks, it is the simple and pure moments that stay etched in your memory.

The underwater sequence is bought to life due to superb lighting, sheets, puppetry and great actors, who really earn their money as they bring on objects and then, as if by magic, bring them to life.

Some children may be longing for the animated sequences, but they will not be disappointed as the cast skilfully breathe life into a lion, bear, rabbit and other animals and you begin to realise that seeing is believing.

Dianne Pilkington has the required stiff upper lip and her vocals soothe you, however tired you feel during this relentless rollercoaster of a year and then some.

Charles Brunton is quirky and funny and revels in the magic that this show has in store. Conor O’Hara’s Charlie Rawlins perfectly captures that feeling of being 13; stuck in the chasm between man and boy –  not sure who he is.

Evie Lightman and Jasper Hawes clearly enjoy being part of this show, and as the younger Rawlins children, they invite you into this world and you willingly go along for the ride.

Jacqui Du Bois is perfection personified as Mrs Holiday, a lady with more job titles than Boris Johnson has had jobs.

There is the odd moment when the pace drags a little but this wonderful new stage production shows you that a child can conjure up more magic in their heads than you can show them. Less is more.

So, ‘bob along’ to the Palace before the bed and cast fly off to somewhere new.

Bedknobs and Broomsticks is at the Palace Theatre until 24th October. Tickets are available here. 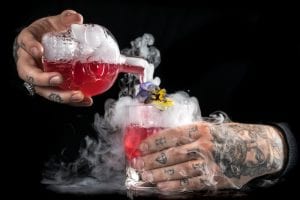 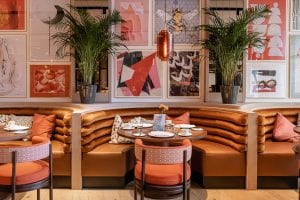 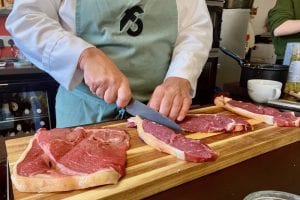