Review: Bat Out Of Hell at Manchester Opera House is a sexually charged white knuckle ride

This September, if you find yourself ‘all revved up with no place to go’, then I’d recommend jumping ‘out of the frying pan (and into the fire)’ with Jim Steinman’s electrifying theatre production ‘Bat Out of Hell’ Manchester Opera House.
This award-winning production is directed by Jay Scheib and takes musical theatre to new heights, with Meatloaf’s bestselling album ‘Bat Out of Hell’ scoring the whole show.

The compelling vocals from this multi-talented cast, including former backing singer for Kylie Minogue, Joelle Moses, resonate with the near dystopian setting of the production and the pain and passion that each character feels. 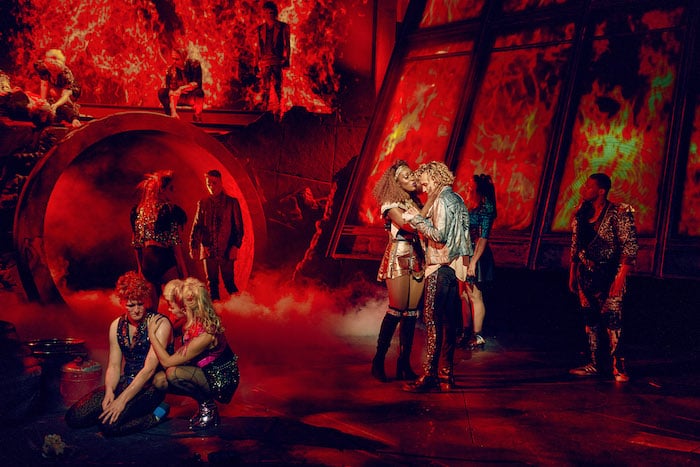 There is no doubt that you will be hooked on the compelling love story between Strat (Glenn Adamson), leader of ‘The Lost’, which are a group of 18-year-olds frozen in age due to the chemical wars, and Raven (Martha Kirby), privileged daughter of Falco (Rob Fowler) and Sloane (Sharon Sexton). Of course, it wouldn’t be a love story without something first standing in the way of true happiness; Raven’s controlling and wealthy Father is ultimately against ‘The Lost’ and everything they stand for; lust, rebellion, and reckless behaviour. There are, however, contradictions in Falco’s hatred for the mutated teenagers, as it seems he and his wife, Sloane, mentally and physically long for their revived youth and the lust, recklessness and carefree lifestyle that comes with it. 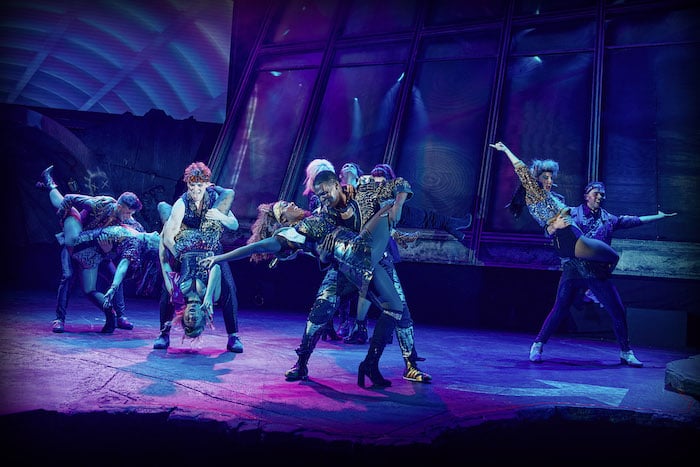 Throughout the play, the audience understands the divide between the mutated teenagers living in the abandoned train tunnels under the city and the more privileged, who live safely above luxury.

The production boast’s themes of socio-political issues, for example the divide between the powerful rich and the powerless poor, and how the latter are viewed by society due to the influence of the former.

Meatloaf’s best-selling album, ‘Bat Out Of Hell’ explores new depths of passion and sexuality in this sexually charged production, alongside the dystopian set design, which correlates to the separation of the young and the aged, the rich the poor. 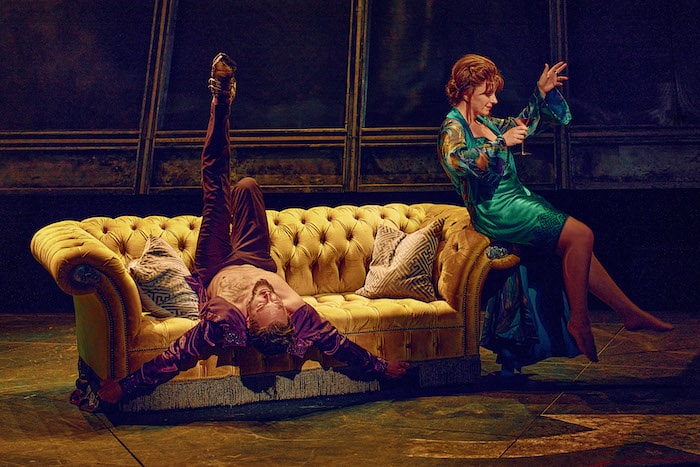 Falco and Sloane live carefully above ground in luxury, whilst their daughter longs to live her youth below ground with ‘The Lost’. Meentje Nielsen’s costume design gives futuristic energy with plenty of silver and leather-look outfits whilst also providing the audience with a hearty dose of nostalgia with Doc Martens, shoulder pads, and ‘big hair’.

‘Bat Out Of Hell’ is a production with which you will find yourself instantly singing along, immersed by the story, and reliving the 80s, be that through the stunning costume design, or the on-stage Harley Davidson; whether you’re a die-hard meatloaf fan, you just can’t help but sing along to the power ballads, or maybe you’re someone who finds it all a bit ‘cheesy’, regardless, there’s no denying that you’ll have a night to remember at this award-winning production.