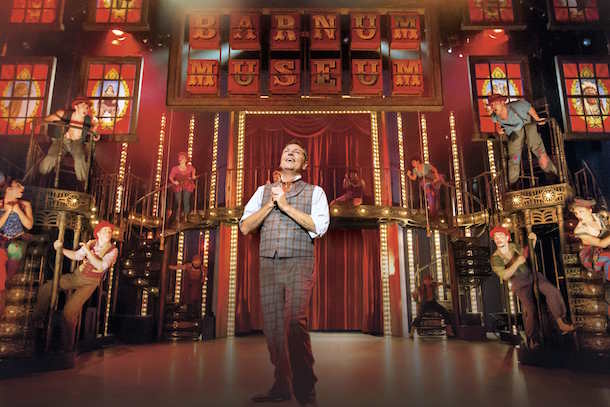 This exhilarating Broadway musical follows the irrepressible imagination and dreams of Phineas T Barnum, America’s Greatest Showman, who lit up the world with colour, warmth and the excitement of his imagination enthrals the Manchester audiences!

Even before the curtain raised the audience were engulfed by circus performers and the scene was set for the “greatest show on earth”, supported by a live orchestra and PT Barnum (Brian Conley-Oliver!, Hairspray, Jolson) in the title role, engaged with the audience from the start; ad libbing in places, and earning laughs early on.

Entrepreneurial at an early age, Barnum’s route to fame was uneven until he “purchased” a lady purported to be a 160 year old Kentucky woman who had been George Washington’s nurse, but with clever choreography you would never have known Joice Heith was such an age. 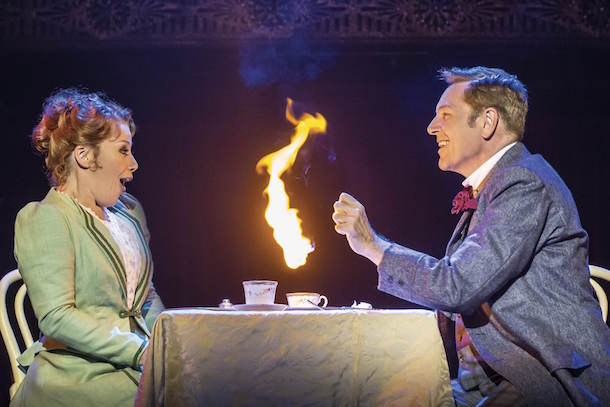 The life story of Barnum is carried along at a steady pace as you celebrate with him his highs and empathise with his lows and indeed the audience gets swept along with Barnum’s “Humbug” as his lifetime was dedicated to exaggeration, distortion and making a fast buck, and as he is quoted as saying “People liked to be humbugged”.

The chemistry between Barnum and his wife, Chairy, was palatable throughout but especially during the song “I like your style”. Ever the showman, it is surprising that Brain Conley has not played the part of PT Barnum before; Brian Conley is witty and captures the audience with his charms, this was truly a part he was made for, especially with his slight of hand tricks as well as his bigger performances. 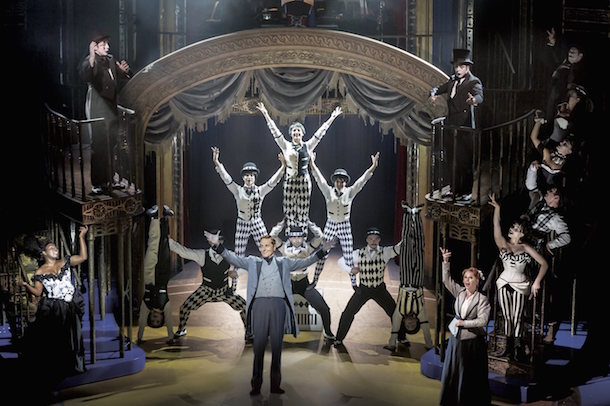 The supporting cast were energetic and the acrobatic performances outstanding, with all the colours of the rainbow, this is indeed an entertaining evening and well worth a standing ovation. Cy Coleman’s wonderfully exuberant score includes the hits Come Follow The Band, The Colours Of My Life and There Is A Sucker Born Ev’ry Minute.

Barnum, is a brilliant and uplifting show- see it while you can!