Review: Baba is proof that small budget independent theatre is worth seeing 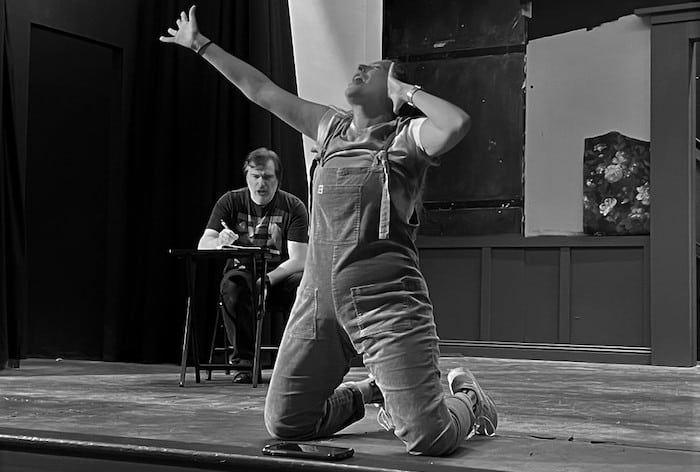 Baba, written by Micheal Cochran, is a comedy about a down on his luck salesman called Tommy, trying to sell hi-tech baby dolls designed to bring down teen pregnancies .

Produced by the local company who brought you the sellout comedy Oomph (compared to Monty Python and The Two Ronnies, the cast list is small, but that does not affect the quality of the show – if anything, it makes it better.

Adam Perrott, who plays Tommy Bust, carries the show. He’s loud and energetic and he gets the audience involved as much as possible.

Another stand out is Evie Henderson, who plays Tommy’s gothic teenage daughter Roxy.

Her goal in life is to learn from her father as they have been apart all her life. Throughout the show, Roxy questions her father’s motives with the help of her cousin, Lucy (played by Eleni Varon).

Eleni Varon does not have many lines, but the lines she does have she delivers with character and humour, and at one point, sass.

She brings lightheartedness and a sort of innocence to the show. 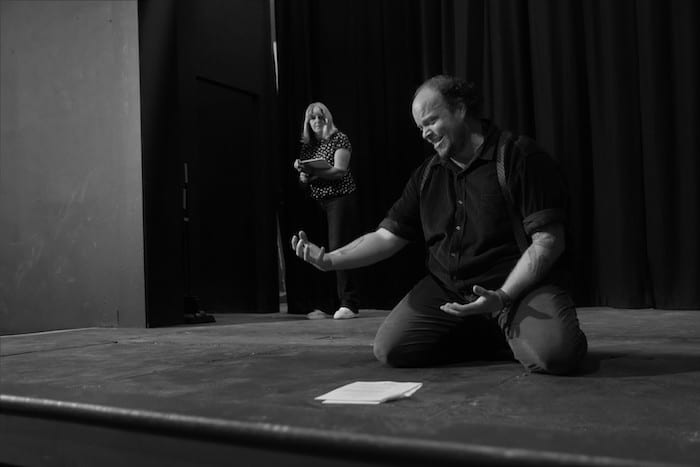 There are only around six lights in the space – four lights at the back and two spotlights – and though it’s not a lot, they really utilise them.

At one point, they use the lights to showcase Tommy in a lift, which seems simple but is visually impressive.

There are two original songs, too, both placed well.

For the first song, Adam Perrott gets into the audience and sings directly at them, which gets the crowd laughing rather loudly.

The second song gets a couple of people in the audience singing along despite not knowing the words.

And the sound team plays sound effects throughout the show which sometimes are out of time but do not bring the show down.

Baba is proof that small budget independent theatre is worth seeing.