Avenue Q review: you’d be a muppet to miss this marvellous musical 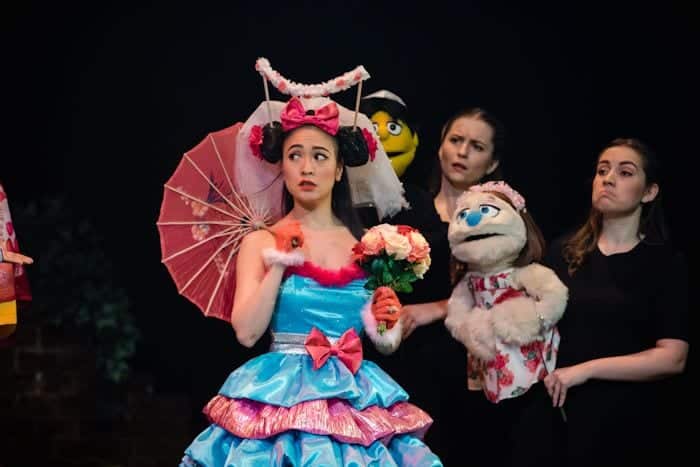 If you went to university and found it really fulfilling but thought ‘what now?’ when you finished, the hit show Avenue Q presents you with a narrative you can totally identity with. One of the first songs sums it up – What Do You Do With a B.A in English?

The fun thing about this show is that these dilemmas are given to puppets.

If you remember watching Pipkins and Sesame Street, the joy came from the suspension of disbelief. The themes you were presented with felt relatable, even though you knew off-screen humans were operating them.

Imagine these characters are now out in the real world and trying to find their way in the world. The reason why they end up on Avenue Q is that they can’t afford to live on Avenues with the earlier letters of the alphabet. 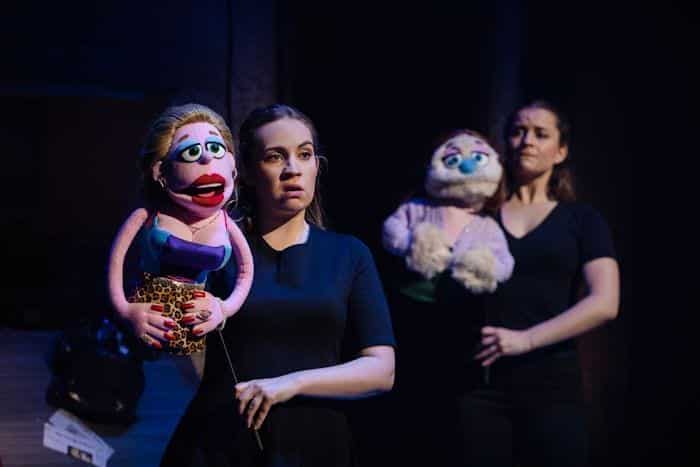 This makes the show sound dirtier and edgier than it is. This is delivered by cute furry puppets, so it has a shock value when the joke is first uttered. But beneath that is real heart and a narrative we can all relate to.

The songs are funny and really memorable and you can see why audiences keep coming back for more of Robert Lopez and Jeff Marx’s clever and witticisms. They make the trip to Avenue Q that bit more enjoyable.

The performers have to multi-task and they do so with real aplomb.

Lawrence Smith works like a dog as Princeton, the new boy in town who arrives with so much optimism. His Rod is in the closet.  Everyone around him is telling him they are ok with his sexuality, but he is not. Smith injects so much emotion into this character that after a while you don’t even notice they are puppets.

Cecily Redman also has to alternate between two opposites. The really likeable Kate Monster dreams of running her own school for little monsters which, ironically, would be big with Lady Gaga fans, all these years after the show was written. Her other character is Lucy the Slut whose name speaks for itself. Redman switches from nice to vile with a flick of her hair and it feels completely natural. 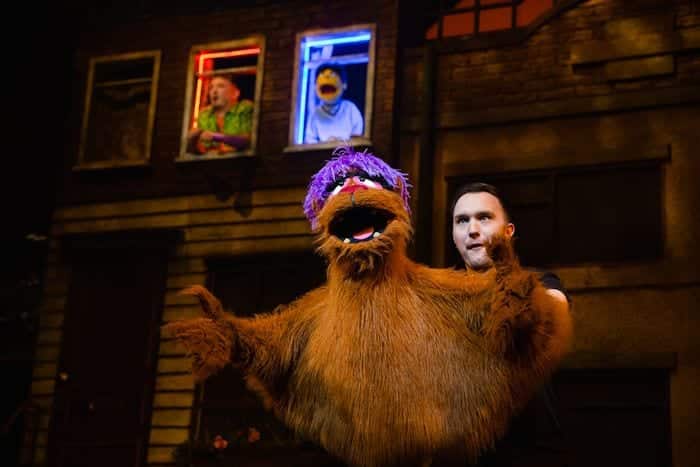 There are three human characters who bring the spirit of Sesame Street with them, but after the watershed.

Saori Oda has fun as Christmas Eve and Ellis Dackombe plays her husband Brian with a real sense of never wanting to grow up.

Nicholas McLean plays former Different Strokes star Gary Coleman who lives on Avenue Q and he gets plenty of laughs.

Cressida Carre’s production rattles along at a nice pace and it has lovely performances and leaves you with a smile as wide as the Brooklyn Bridge on your face.

Sure, bits of it do feel a bit dated and the contemporary references jar slightly. But compared with bigger bombastic shows such as Wicked, Avenue Q has retained its tender and feelgood moments and it’s this balancing act that keeps fans coming back down this road for more.

There is Life Outside your Apartment, as the characters sing. A trip to The Palace beats watching the news or Netflix. You’d be a muppet to miss this marvellous musical.

Avenue Q is at The Palace Theatre until 26th October.