Review: Admissions at The Lowry 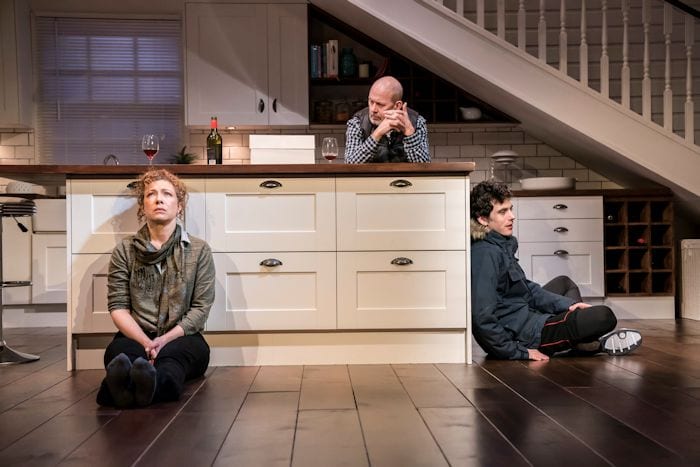 Fans of ER and Doctor Who will recognise Alex Kingston. She played Dr Elizabeth Corday in the hit US drama and River Song in the BBC sci-fi series.

She is currently starring in Joshua Harmon’s provocative play about diversity and who the winners and the losers are in the quest for equality.

Harmon wrote the play in reaction to something that he noticed in films and plays about race. He says that “White characters are often relegated to one or two roles; either they are monstrously insane psychopathic racist villains or they’re saintly white saviours.”

This reduction of characters works for audiences because it gives a sense of who is good and who is bad. But, Harmon says, “most of us live somewhere in between those two extremes, whether we like to admit it or not.”

Ms Kingston plays Sheri Rosen-Mason who makes it her mission to fight for more diversity in the intake of students at the private school where she is head of admissions. This takes the form of many conversations with her colleague Roberta (played with a real sense of dismay by Margot Leicester), including some very amusing scenes about the school prospectus and the lack of black students in the photographs.

This is where the play excels. There are some great points made here, and they are things that we rarely speak about, including quotas and the boxes we all tick on application forms, and how this information is used.

The tables are turned on Sheri when her son applies for university and is turned down by Yale whilst his best friend is accepted.  This politically correct mom suddenly finds herself saying “It’s because he ticks more boxes” and finds herself torn between her white, liberal values and the fact that her son has not got into his university of choice.

Everything she has fought for is coming into force – but are the chickens coming home to roost?

This is an intelligent and interesting play which presents some uncomfortable truths. It does so with wit and dynamic dialogue which forces you to question your values.

Alex Kingston plays a character trying to do what she feels is the right thing. But the fact that she ends up ticking boxes in the name of diversity highlights the trap we can all fall into in the quest for change. She has great stage presence and has a quiet anger until she can take no more.

Margot Leicester is terrific as Roberta, who wants to impress her manager but questions her constantly. She talks common sense but tiptoes over into territory we rarely speak about.

Sarah Hadland plays Sheri’s best friend Ginnie with an impeccable American accent and is always watchable. Ben Edelman may veer into Nic Cage territory with his angry performance as Sheri’s son, Charlie but he delivers his lines like heat-seeking missiles and comes across as far more than a privileged whinger.

Director Daniel Aukin clearly believes that loud is best. Many of the scenes involve a great deal of shouting which makes it seem like the play is going round in circles like a dog chasing its tail.

I longed for scenes which moved me so that I could empathise with these characters more. And the fact that all you see are white characters on stage sometimes undoes some the play’s central arguments.

But this is a play which prods and provokes you and it does so with humour and contains such classy performances that you feel totally connected to the piece.

Admissions is at The Lowry until 22nd June.