Review: Acosta Danza 100% Cuban is a chance to immerse yourself in Cuban culture 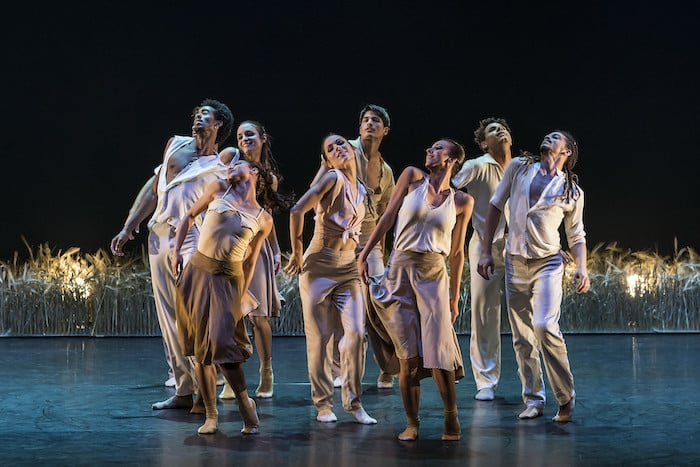 Acosta Danza is a dance academy, founded in 2015 by Carlos Acosta, who is a highly renowned Cuban dancer who excelled particularly in classical dance.

They have been touring the globe since 2016 until COVID restrictions halted their plans, but now the company, working with Dance Consortium, are back in the UK and are performing at The Lowry, Salford for two nights only, before heading off to Hull and Canterbury.

It’s a presentation of five individual dance pieces, each bending and fusing the rules of classical dance such as ballet with contemporary movement, like breakdance.

The opening number, Liberto, is a true expression of Cuban history, depicting the history of a slave escaping into the wood, trying to break out of the netting he is trapped by.

This is a cultural and historical symbol to Cuba and is a pillar of many Cubans’ identities.

Being caught in the net is wonderfully articulated by Mario Sergio Elías. Beginning alone on stage, his movements hit every beat of the Cuban music and bell chimes, which seem almost mechanical. Zeleidy Crespo joins him, and they perform individually to the music until they collide – bringing them together and creating a new, fluid and combined motion.

The stage fades from warm yellow hues to black, with a single light shining from the back to emulate moonlight.

Hybrid follows the duet of Liberto and is more intense with ten dancers. There are themes of sacrifice, restriction, and escape, which give a real Hunger Games feel to it.

This and the silver metallic full body costumes give a dystopian feel to the performance overall. It seems a quest to conquer the unconquerable.

Primarily red lights fill the stage, which intensifies as the passion and danger increase, but there are flashes of orange and blue dispersed within the red beams, giving the impression of a flickering flame.

Paysage, Soudain, la Nuit is a comforting routine. Calming and optimistic, the artists are synchronised in a gentle but spirited routine in which choreographer Pontus Lidberg allows the classically trained dancers demonstrate their wonderful ballet technique.

Eleven dancers are involved here, and each one shines beautifully on stage. The setting for Paysage, Soudain, la nuit takes place in what looks to be a field of wheat, indicated by the row of crops as stage props across the back of the stage.

The costumes are simple skirts and trousers, all neutral cream or brown in colour, which ties in with the feeling of being free in a field. The lighting radiates a deep blue, which tells us it is night time, if we hadn’t guessed from the title.

Impronta is a solo performed by Zeleidy Crespo, which is utterly phenomenal. There is no other word to describe her recital, as she flawlessly incorporates her long, flowing aqua blue skirt into her movement and as a dance partner, in a way.

She unapologetically takes up space, dancing under a spotlight and behind beam of light from the front centre of the stage, which projects her own shadow on to the backdrop of the black stage curtain. In the seven-minute solo, she depicts both strength and softness, much like the water that inspired María Rovira’s choreography.

Her combination of contemporary and classical likens Crespo at times to a rippling stream, imitating the movements of a body of water, and at other times like a ballerina spinning in a jewellery box.

The final number is an energetic one; De Punta a Cabo takes the contemporary and the classical dancing to the next level and incorporates a ‘dance off’ of the two styles, featuring dancers on pointe and back flippers!

This is a representation of life in Cuba, highlighting the contrasts of the modern and traditional. This leads to a unison and the artists harmoniously perform, alternating between the different techniques to provide a high energy performance piece.

What is seriously impressive is there are fourteen dancers on stage, all of which are deeply connected to the choreography of Alexis Fernandez (Maca), as it is a true demonstration of their personal memories and passion for Cuba.

The modern costumes, with crop tops, cargo shorts, bright colours and trainers (except for those on pointe, of course,) really bring a completely different attitude which resonates with the audience.

The lighting is a mix of multicoloured beams waving across the stage, and the backdrop is incredibly unique, it is a screen which plays a recording of the same routine, but by the beaches in Havana. The film remains in complete time with the music and dance on stage.

Performing at The Lowry on Tuesday 22nd and Wednesday 23rd February 2022, this is your chance to immerse yourself in Cuban culture in a way unseen previously. The five highly intriguing and incredibly individual dance pieces are each marvellous in their own right, but to be a member of the audience and engaging with this performance in its entirety is something else, you will be mesmerised.

Acosta Danza 100% Cuban is performing at The Lowry for one more night, on the 23rd February which is also an Audio Described performance. Tickets are available here, and range from £14 – £27.