Review: A Taste of Honey at Oldham Coliseum 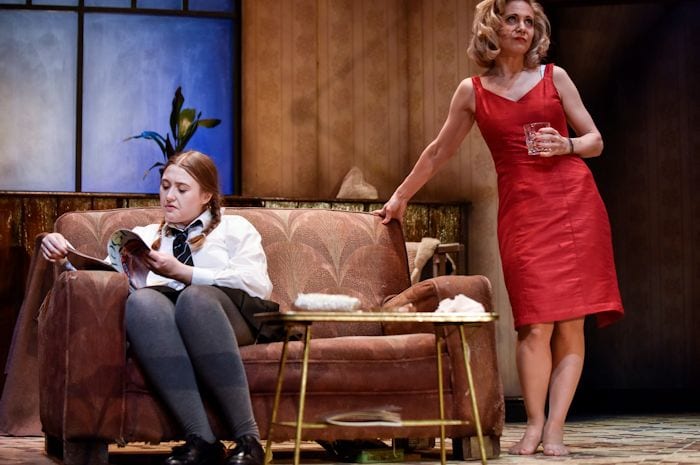 These films and plays set in poor industrial areas in the north often featuring “angry young men” were the perfect antidote to the kind of dramas many audiences could not relate to.

Once the seeds were sewn, Coronation Street arrived in 1960 and has been going strong ever since, presenting working class drama to millions of viewers

Shelagh Delaney’s A Taste of Honey may have been written six decades ago but it still remains incredibly popular. There are a number of reasons for this. Delaney was just 18 when she wrote it. Her voice is not angrily ranting: her characters simply get on with it, and the politics is embedded rather than signposted.

Oldham Coliseum associate director Chris Lawson sums up the appeal when he says the characters are “full of life” and that they “make the most of what they have.” And he is right. Like the characters in Ken Loach’s I, Daniel Blake, they are likeable and this keeps you watching.

The production opens Tennessee Williams-style, with mother and daughter, Helen and Jo, dragging their suitcases through the beautiful auditorium of the Coliseum, headed for the dark, dank setting of their latest dwelling, having moved numerous times.

Sammy Dowson’s brilliant set design provides the perfect battleground for these two, as they get on with living in poverty, a stained, misty window providing them with hope of something better.

This place needs more than a few drops of Dettol.  Helen wants to provide, but who is the grown-up in this relationship? Boyfriends have come and gone, and her daughter Jo is the only constant in life. But she is hardly maternal towards her. There is love here, but she does not know how to convey it.

Outside of these four walls, there is a malaise that hangs over the local area. Lack of food and no set routine to the day means that each day bleeds into the next.

Even though Chris Lawson’s production has many of the bittersweet elements you expect from Delaney’s adept hand, he also brings out the humour wonderfully well.

Jo is a consummate young lady, determined not to make the same mistakes as her mum. She seeks the truth about her father and she wants to fit in. Considering this is only her second time on the stage, Gemma Dobson is a complete natural.

Kerrie Taylor is also totally believable as Helen, talking to the audience, kicking down the fourth wall with her high heels, reapplying make-up and determined to make a go of her erratic life, but resigned to the fact that men leave. Full stop.

Max Runham’s Geoff is the breath of fresh air that the play needs. He arrives to rescue Jo, and as a gay character, he wants to fit in. Inside these damp four walls, he can, by baking and providing for Jo and her baby.

But, outside he will be derided. This is beautifully contrasted with Jimmie, Jo’s boyfriend, played by Kenton Thomas. He is black – and therefore another outcast – and cannot get his head round the fact that she loves him.

A special mention must go to Phil Rowson as Peter, Helen’s beau, who sees himself as a saviour.  He resembles Julian Barratt’s comic creation, Mindhorn, complete with eye patch and swagger.

Some may find A Taste of Honey dated. It’s true that the central idea of a single mum about to bring up a bi-racial baby no longer shocks.

But in a world in which Nigel Farage’s views on immigration still get air time, and Donald Trump still gets mileage by talking about the wall he hopes to build, Shelagh Delaney was writing about the invisible wall between men and women and the rich and the poor, and offering hope for people by telling their untold stories.

And she was celebrating the underdogs that society had rejected. And we still need that.

With a cast as good as this, deft direction and a superbly realised set, there is no better time to taste some honey.

A Taste of Honey is at Oldham Coliseum until Saturday 9th June.