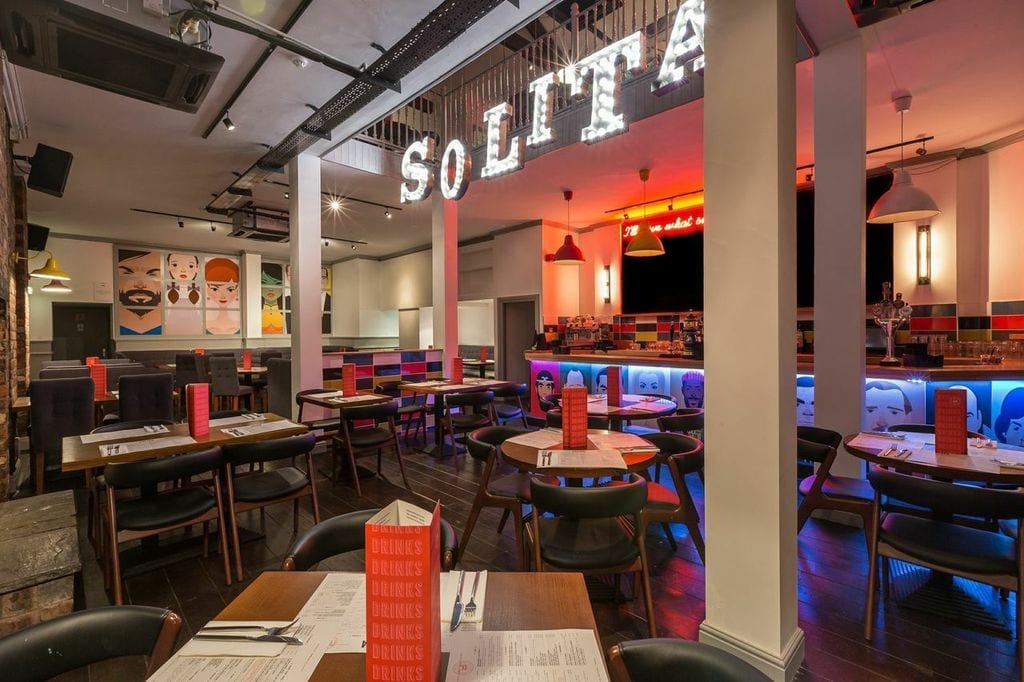 Residents of north Manchester suburbia will no longer have to travel into the Northern Quarter or over to Didsbury to get their fill of Big Manc burgers and Jaffa Cake ice cream cake.

After the success of the original Turner Street restaurant in the Northern Quarter, owners Franco Sotgiu and Simon Pogson launched a second site in Didsbury in September.

Solita, purveyors of assorted Italian/American indoor barbecues, plan to open a third establishment in a yet-to-be-revealed site up the A56 this spring. It will be a 110 cover bar/restaurant with an al fresco dining area (covered in the winter).

We’ve heard from the inside that it’s either Whitfield or Prestwich but, for the love of Manchester, we’ve sworn secrecy. We’ll give you two guesses.

Co-owner Franco lives close to the new restaurant and has been eager to open in the area but has limited with space available. Being close friends with the vintage shop Rose & Lee in Prestwich, he believes the new venture will improve the undeveloped village and bring more businesses together.

Franco says: “We’re hoping to open by the end of April. Heading to North Manchester is a logical expansion for us. We have a lot of customers coming to use from Bolton, Worsley, Eccles and Whitefield, so we believe there is the demand for what we do in North Manchester.

Major renovations will see a complete transformation of the selected site to the extent that it’ll be unrecognisable to familiar people.

With bold reds and neon lights, the decor will be more or less the same as the Didsbury site. Bringing a welcome sexy to the village.