Roomzzz Aparthotel will open its 2nd Manchester site in the iconic Corn Exchange... 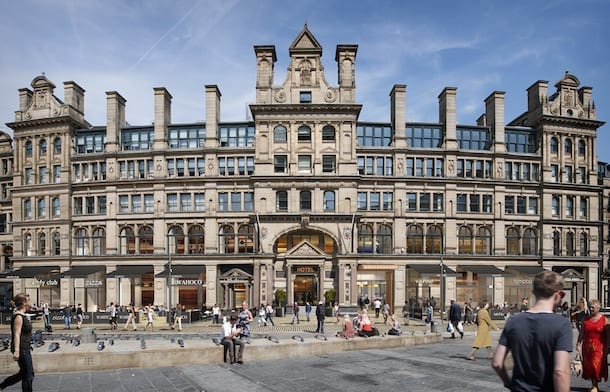 Roomzzz Aparthotel, part of the Parklane Group will open its second Manchester site in the iconic Corn Exchange in the City Centre.

Work began on the historic Grade II listed building in October, following the plans from the Aviva Investors Property Trust, owners of Corn Exchange Manchester and developers Queensberry Real Estate to revitalise the building and transform it into one of the UK’s best dining facilities. It will include 17 restaurants including first for Manchester such as Wahaca, Pho, Vapiano, Banyan Kitchen, and Cabana.

The proposed hotel sits in the heart of Exchange Square, the focal point of the City’s retail and leisure sector and its immediate neighbouring attractions include Manchester Arena, Manchester Arndale, National Football Museum, Printworks, Manchester Cathedral and Chetham’s School of Music.

With 10.8 million staying visitors in 2013 (over 1 million international visitors), Manchester is ranked 2nd in the UK in terms of its leisure offer and attractions. Figures last year indicated that hotel occupancy rates in the city are outperforming peak levels in 2006/7 and indeed the best since records began.

The new hotel is part of a £30M leisure redevelopment programme by Aviva Investors and Queensberry Real Estate, which also includes 13 new independent restaurants and four retained restaurants. The hotel, which is expected to open in early 2016, is a key part of the redevelopment of the Grade II listed building which, upon completion, will be Manchester’s primary dining destination. The hotel will have its entrance fronting Exchange Square, with guest accommodation over the second, third, fourth, and fifth floors.

The Corn Exchange Aparthotel will consist of 114 apartments with a combination ranging from ultra-sleek 21 sqm pods to super luxury palatial penthouses and will feature Roomzzz ‘New Generation’ concept.

This is a significant move for the brand, after enjoying six years as one of the leading accommodation providers in Manchester and the new development will feature bold and bespoke interior designs. 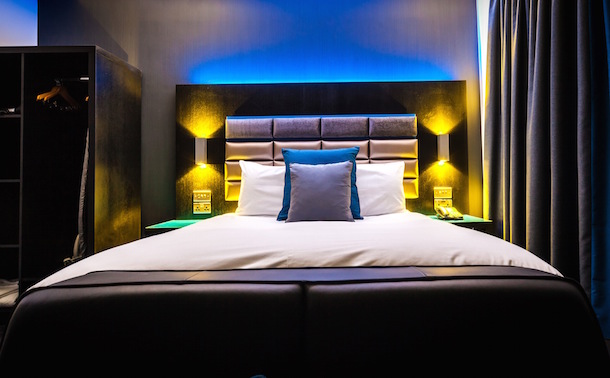 “Roomzzz Aparthotel is delighted to be partnering with Aviva Investors Property Trust to fuse the iconic heritage of Corn Exchange into a beacon for modern lifestyle choices for affordable luxe accommodation in the UK. This is a large investment by our landlords, with a commitment to create a spectacular property that will not only illustrate the progression and development of this asset but will be seen as the revival and legacy of this historic part of Manchester.

“The demand in the City for Roomzzz Aparthotel is substantial – we are running at 100% occupancy week on week, a second location in close proximity is a strategic game-changer for the brand.

“Our ability to operate multiple sites in the same City is tried, tested and proven in Leeds. Consumer requests for more Roomzzz illustrates the fact that the Aparthotel is an increasingly popular choice for booking accommodation in major UK cities. Guests appreciate the freedom Roomzzz allow them in terms of lifestyle choices – cooking an evening meal, office space in each apartment with free wifi and national & mobile phone calls and, the flexibility to stay from one night to a year. We committed to 100% transparency on our prices in 2006, this, alongside innovative design, strategic city choices and our ability to drive value alongside luxury, confirms Roomzzz Aparthotel’s position in the marketplace as the one to watch.”

The Corn Exchange will be the second historic site that Roomzzz will occupy. Roomzzz took on an urban mill conversion on Princess Street and has successfully curated a dynamic offering which sees the brand sitting at Number 1 on Trip Advisor based on customer reviews.

Simon Green from Corn Exchange owners Aviva Property Investors Trust said: “We are committed to the full redevelopment of this remarkable building. The vision is to create a new legacy destination for the city and Roomzzz Aparthotel along with the top class range of restaurants will cement the future fortunes of Corn Exchange and spearhead the regeneration of this part of the city centre.”

Stuart Harris from Queensberry Real Estate said: “We’ve had a huge amount of interest in the hotel element of The Corn Exchange, its listed nature along with its layout has offered the opportunity to create quirky, interesting but modern bedrooms in a stunning iconic building. Roomzzz as a brand fits perfectly with and compliments the range of great casual dining brands we have secured for the building. The whole ethos and vision is to give The Corn Exchange back its mojo by enhancing the building’s character and features, giving activity to all three sides so it re-engages with all of the wonderful buildings and offers around it.”

Roomzzz will be taking bookings from February 2016 and will open in early 2016.