The streets of Manchester will fall silent on Sunday as the city remembers not only military personnel fallen in battle but also – for the first time – civilian victims of conflict and terror.

The Remembrance Sunday service at the Cenotaph in St Peter’s Square will be the first since the 80th anniversary of Britain’s entry into the Second World War in September 1939 and since the Royal British Legion’s decision to open up the meaning of the red poppy to pay tribute to civilian victims of not just war, but terrorism too.

The move by the 98-year-old charity, which distributes 40 million red poppies each year, has particular poignancy in Manchester, where memories of the suicide bomb attack on the Arena in May 2017, killing 22 innocents and wounding and traumatising hundreds more, are still raw.

The annual Remembrance Sunday commemoration in Manchester will see civic dignitaries, faith leaders, political leaders and members of the armed forces – both serving and veterans – paying their respects at the city’s Cenotaph at 11am on Sunday.

The firing of a 105mm gun will mark the beginning and end of the traditional two-minute silence. 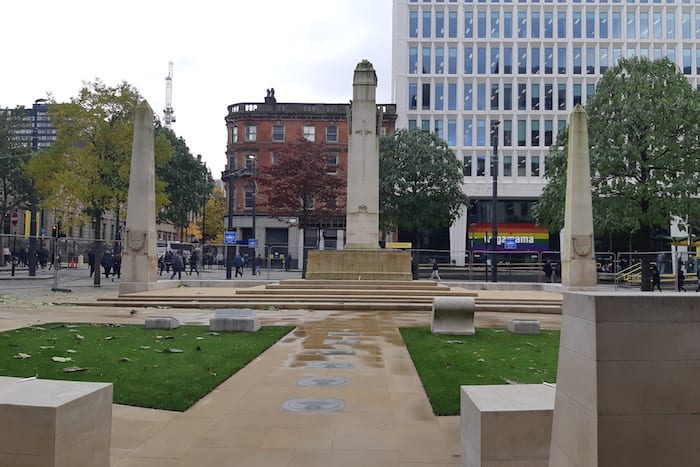 The Lord Mayor of Manchester, Abid Latif Chohan, will lead tributes from the city council.

He said: “Remembrance Sunday is a solemn occasion for the people of Manchester. We are able to come together as one to pay tribute to the lives of those who died protecting our country, and honour the legacy of veterans and serving members of the armed forces.

“This year is particularly poignant for this city as it marks the first year the red poppy will commemorate the lives of civilian victims of conflict. The events of May 2017 have left a scar on the collective memory of Manchester, but through the poppy we will ensure the victims of such a terrible attack will never be forgotten.”

He will be joined by the Lord-Lieutenant of Greater Manchester, Warren Smith. The town hall’s chief executive, Joanne Roney OBE will also be attending the service.

The Remembrance procession will assemble on Peter Street outside the Radisson Hotel, setting off for the Cenotaph at 10.25am. 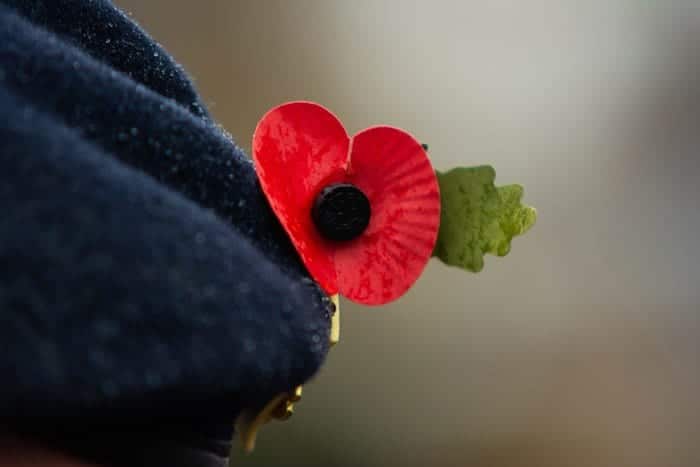 Following the service, the parade will march back past Central Library where a salute will be taken by the Lord Mayor, the Lord-Lieutenant, senior representatives from the Royal Navy, Army, Royal Air Force, the Duke of Lancaster’s Regiment, 207 Field Hospital, and the Reserved Forces.

Bus operator Stagecoach Manchester will commemorate Remembrance Sunday by offering free travel to all armed forces personnel and veterans across the city.

For the first two weeks of November, all vehicles have been carrying commemorative poppies to honour those who have served in the armed forces, and continue to do so.

Free travel will be offered on Remembrance Sunday to armed forces personnel carrying a valid military ID card, and to veterans wearing a veteran’s badge, as a ‘thank you’ from the leading local bus operator for their service.

Stagecoach Manchester managing director Elisabeth Tasker said: “It’s lovely to see our decorated buses around Manchester, honouring our armed forces, and as ever we’re proud to be able to support the Royal British Legion in their poppy appeal.

“This is a cause that is close to the heart of many of our employees, as well as our customers, and something we will continue to support.”

To facilitate the Remembrance Events and to ensure proper safeguarding, the following roads will be closed between 7.30am and 12.30pm on Sunday.

The Christmas Markets in Albert Square will be closed until 12.30pm on Sunday 10th November.