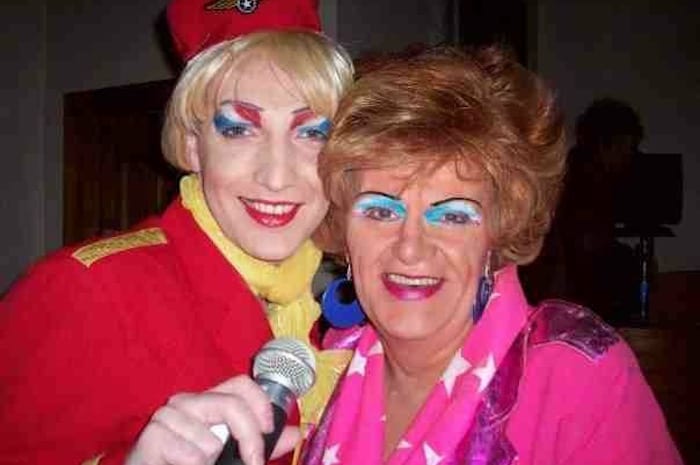 The word legend is over used. But as far as Manchester goes, we recently lost a true legend. Madame PhylissAnn Von Hollywood Aries.

It cannot be understated how well known and how well loved she was. Quite simply everyone knew her. A few years ago she opened a Whitney ‘tribute’ by performing the first part of I Will Always Love You. It’s true to say you could barely hear the track as the crowd sang the song back at Nana.

Long before Madame PhylissAnn Von Hollywood Aries was born, Colin Timmins worked as a miner, before heading out to a new life in Amsterdam. His husband was shot and killed in the line of duty but he never forgot Amsterdam and returned regularly. 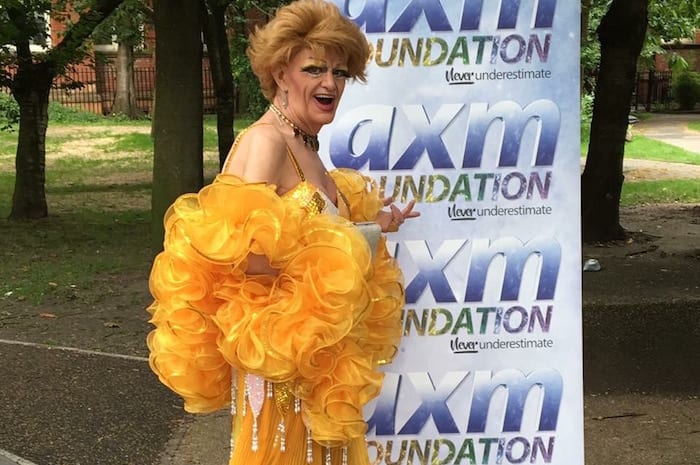 Colin returned to the UK and took up residence working behind the bar of the infamous Royal Vauxhall Tavern. Heckling the drag queen on stage – one Lily Savage no less – he was invited to return the following week with some frocks and a few numbers and show if he could do better. And so Madame Aries was born.

It was in Manchester that Colin and Madame Aries would settle and become so closely associated. Nana still travelled the country doing gigs in Sheffield, Chesterfield, Warrington, Oldham, Bolton, Liverpool and so on. The list goes on but Manchester is where people travelled to see her and adored every minute of her performances and outrageous antics.

She performed on almost every stage in the Gay Village. Hollywood, AXM, KIKI, BarPop, and the New Union, as well as regularly being asked to be on the stages of Pride, Sparkle and, most recently, the Village Weekend.

She was a team player, always happy to be the butt of the jokes and the one sent up. Anything for a laugh. From playing Donald Trump to Barbara Woodhouse, Cilla Black to Nicky Minaj, she brought her own brand of humour – and miming – to every performance, and never failed to bring the house down. 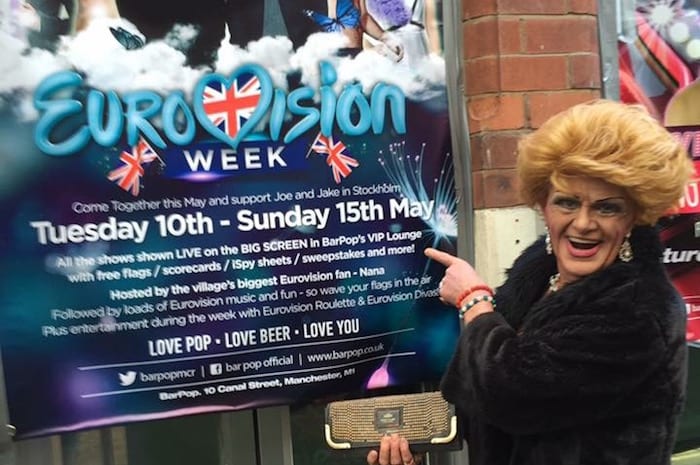 Two of Nana’s proudest moments happened in the last few years of her life. A tireless supporter of HIV related charities, she was asked as her alter ego to be an ambassador for the George House Trust, a local HIV support service. She famously appeared on their float in the Manchester Pride parade with fellow ambassadors Misty Chance and Blaq Ivory appearing very Supremes-esque. She had a ball!

A couple of years ago, Madame PhlissAnn Von Hollywood Aries fulfilled a lifelong dream by appearing on the stage of Manchester’s Palace Theatre as a Manchester legend, appearing on stage with none other than the internationally famous Bianca Del Rio from RuPaul’s Drag Race.

I can honestly say that some of my happiest and funniest memories have been spent with Nana – on stage and off. We shared many a moment in my amateur moments in drag – but by god we never failed to get the audiences going. And that was far more Nana than it was me. 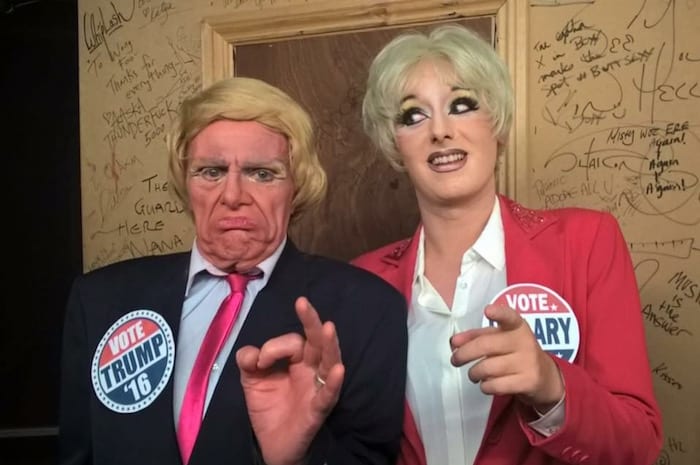 My favourite personal memory of Colin was a few years ago when she started her birthday celebrations off in a bar I was running at around 8pm. I supplied a few shots to get the party started. Off she went around the village popping into every bar where she was welcomed with open arms to celebrate.

Next day I was walking back to work around lunchtime. Shambling down Market Street was the unmistakable form of Colin.

“Are you ok Nana? Have a good night?” I asked, to which she quickly replied in a broken and cracked voice, “I think I’ve died, but no one’s told my body yet!”

Sadly someone now has.

As we say goodbye to Nana/Colin/Madame Aries this week, I know that, for one rare moment, the Gay Village will stop as we collectively remember someone who brought love, laughter and joy to thousands over the years, and one who will not only never be replaced but surely never forgotten.

My dear friend, I already miss you.