Remembering Craig Bieszke: Manchester pays tribute to twin who was “life and soul of every party” 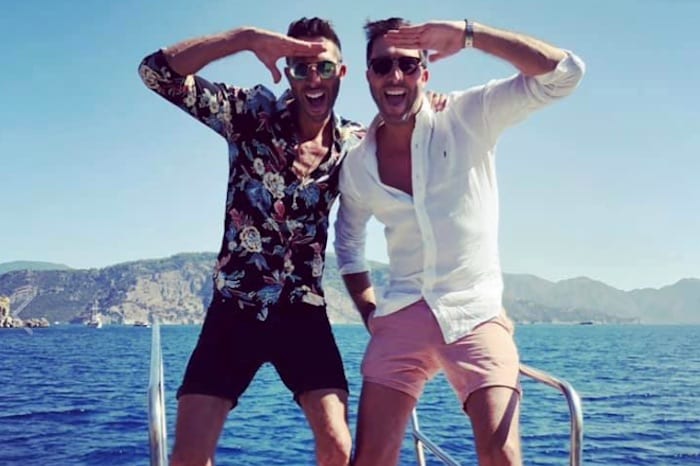 Tributes have poured in after the sudden death of Manchester’s Craig Bieske, who friends have affectionately hailed the “life and soul of every party”.

Model and club promoter Craig, 35, was a well-known face on Manchester’s social scene with his identical twin brother Chris, and has been fondly remembered for “lighting up every room” with his huge smile, infectious laugh and big hugs.

Twin Chris yesterday paid his own emotional tribute on Facebook after the shock news of Craig’s death last week.

Chris has thanked friends for the thousands of messages that have flooded in, saying: “Craig’s life touched everybody”, adding: “Your legacy and your laugh will live on forever and ever and I and anyone you ever met will never forget you.”

Craig was the younger of the Bieszke twins, who both grew up in Cheadle before moving together to live in the Northern Quarter.

Their dapper sense of style and model good looks always made the identical twins stand out from the crowd – and they became well known on Manchester’s social scene, particularly as promoters of the zany club nights at celebrant club Panacea.

Chris said in his heartbreaking post: “Craig was a one-off… Never to be seen again. Craig’s personality, passion, humour and love for life will never be matched.

“My irreplaceable brother… The only person that could get away with anything, literally anything and make me laugh and everyone else laugh like they’ve never laughed before. You were absolutely outrageous but the most beautiful and pure person with a heart made of gold!

“My life, my world and my heart will never be feel same again. Craig you made everything feel so much better and so much fun. The world has changed forever and was such a better place with you in it.”

Craig was friends with a number of famous faces, many of whom have been paying their own emotional tributes in recent days.

That includes model Charlotte Dawson, who said: “Rest in peace to one of the funniest, kindest, craziest beautiful souls I’ve ever met Craig Bieszke.

“You are a ray of sunshine, you always cheered me up!  You are so special and Manchester will not be the same without you. Thank you for the memories that I’ll never forget.”

Model Emma McVey said in an emotional Instagram post: “You were the happiest soul, there would never be a sad face from anyone around you.”

And the brothers also got their own taste of fame when they appeared on BBC game show Prized Apart on BBC One in 2015 in a bid to share a £100k prize pot.  Craig was the daredevil of the two – heading off to Morocco to take part in a number of eye-popping challenges, while Chris stayed in the UK in the studio to answer the quiz question element on the show.

Now, a fundraising page has been set up by Craig’s close friend Shane Story to help support the Bieszke family. It has already raised over £17,000.

On his gofundme page he hails “Manchester’s brightest star”.  Shane said: “Craig’s kindness, humour and incredible energy will leave an enormous hole in all of our lives.

“There’s not one person Craig met where he didn’t leave an everlasting impression. With your help we’re hoping to raise funds to help support the Bieszke family.

“We’re also hoping for your help in order for us in create a lasting legacy, something befitting of Craig’s tremendous generosity and incredible spirit.”