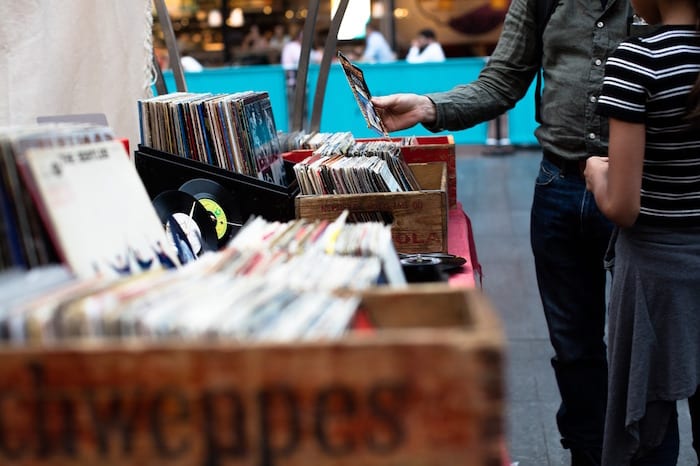 Record Store Day, the annual event promoting the culture of independently owned record stores, is celebrating its tenth anniversary this April. Bringing together vinyl junkies, artists, record labels, and the shops themselves, the day is an opportunity to get your hands on some of the most sought after limited edition vinyl released especially for the occasion.

What’s refreshing is that for the first time since its launch, it has elected a female ambassador – American musician, singer and songwriter St Vincent. She might not be up there with the likes of Jack White or Iggy Pop, especially outside of America, but it’s a decent nod to all the musical ladies in the industry for this year’s festivities embracing all things vinyl.

This international celebration of independent record stores is an American import but plastic lovers over here have adopted it with gusto as they support their local record shops. With over four hundred limited edition pressings for 2017, coloured vinyl, picture discs and memorabilia, the event just gets bigger and bigger every year.

Highlights for 2017 include David Bowie’s Cracked Actor LP, a previously unreleased live recording from Los Angeles in 1974, a pivotal gig in the transition between the Diamond Dogs and Philly Dogs tours. Produced by David Bowie and mixed by Tony Visconti, this one is bound to be top of any collector’s list. 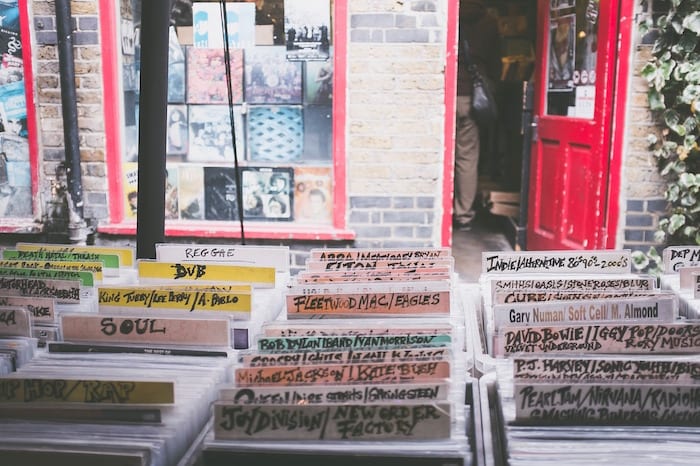 Diana, Diana Ross’ double album, was released originally in 1980 and was her biggest selling album, spawning the singles Upside Down and I’m Coming Out, but was famously re-mixed after the original tapes delivered to Motown were deemed too ‘far out’. This LP is pressed from that ‘out there’ recording, released on CD for the first time in 2003, and now its debut release on vinyl.

Manchester gets in on the action too with a previously unheard The Smiths’ The Boy With The Thorn In His Side 7″; Elbow’s August & September 7″; and The Durutti Column’s limited edition LP Short Stories For Pauline, with only 500 copies being pressed especially for the day, and featuring a new cover image by photographer Mark Warner.

As well as re-issues of soundtracks to classic films including Star Wars and Blade Runner, our pick of the limited editions has to include Animal Collective, Elvis Presley, Bastille, Dolly Parton, The Doors, Jimi Hendrix, U2, Fleetwood Mac, The Sex Pistols, The Chemical Brothers, Prince and The Cure. It’s an impressive year.

But where do you go to bag these rarities for yourself?

Hardcore fans need to head to Piccadilly Records the night before. Yep, you heard us right. Queues will start to form on the evening of Friday 21st April for the real vinyl connoisseur not put off by the elements.  With a limited number of some of the top releases on the day, this is the place to be, but don’t forget the deckchairs and umbrellas.

Also affiliated to official Record Store Day (defined as a physical actual shop whose product line consists of at least 50% music whose company is not publicly owned) but with smaller queues are Vinyl Exchange on Oldham Street and Vinyl Revival on Thomas Street, which is always well-stocked with limited edition coloured beauties.

Or why not make a day of it? Eastern Bloc, which specialises in techno, drum and bass, and house tunes, throw one of the biggest parties of the year, every year, on Record Store Day. As well as buying your favourite exclusive dance tunes in the shop, listen to DJs from 9am and enjoy a drink (or three) at the in-store party that continues well into the night, spilling out into Stevenson Square.

If you’re looking for an excuse to party after all that record shopping – or no record shopping if you’re skint – head over to Soup Kitchen, Common or Gorilla where they are hosting special live music events to celebrate the big day.

So whether it’s Madonna, Madness, Moby or Moorhead who floats your boat and pulls your strings, go and support your local record store this year.