Bringing a touch of flamboyant fine dining to King Street was the aim, but just seven months later we have a casualty
Share
Tweet
Share
Chat

The price point was always going to be a gamble in Manchester, and boom of restaurants will naturally bring with it some high profile closures, alongside all the exciting new openings.

are we seeing the first casualties of saturation?

Quill boasted some seriously good food from a chef with a pedigree as we found when we reviewed earlier this year. It was expensive, but the spectacle of a meal at Quill was definitely an interesting and enjoyable experience, but perhaps lacked the repeat or regular visit appeal.

It certainly didn’t seem as though it was lacking in customers. The last time we dined there the place was absolutely packed. In an area which is still in the transition from retail to dining, has Quill just fallen victim to a fiercely competitive restaurant scene where the importance of value is hard to under play.

Many shops have closed on King Street in the last five years but there has been a resurgence with the likes of Quill, EL Gato Negro and new stores such as Kiehls and Neal’s Yard opening.  The closures have unfortunately continued with Quill following recent closures Crombie and Tommy Hilfiger. 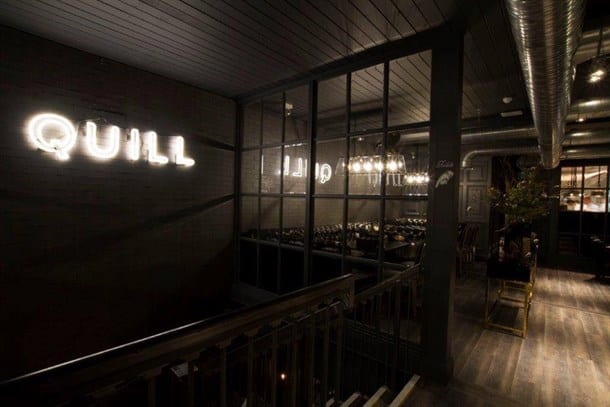 The evolution of the city brings with it a thriving restaurant scene, but Quill’s closure begs a question as to whether there was simply not enough demand for this sort of fine dining, or is there a case to say we are seeing the first casualties of saturation?

Grinch and Splendid Kitchen have also announced their closures this week, this time the second city crossing is blamed, but there is a slight sense that a few occurrences can suggest a trend.

Read also: Independent Splendid Kitchen set to close its doors for good – and look back in anger

One thing is for sure, Manchester is a slightly poorer place today having lost Quill. Chef Curtis has tweeted that he hopes to find somewhere to carry on his concept and we sincerely wish him luck in that.

Manchester’s restaurant scene is one of the most thriving per capita anywhere in the wold, but the curious case of Quill suggests that the huge demand and prime location doesn’t necessarily equate to success.

Finally, there is a further question about fine dining. Outside of the French and arguably but not really, Manchester House, real fine dining is not an easy thing to get right in Manchester.

There is definitely a demand, but there are so many fantastic restaurants in the city at extremely competitive price points, the jump to fine dining prices at the likes of Quill is still proving an tough truffle to crack.