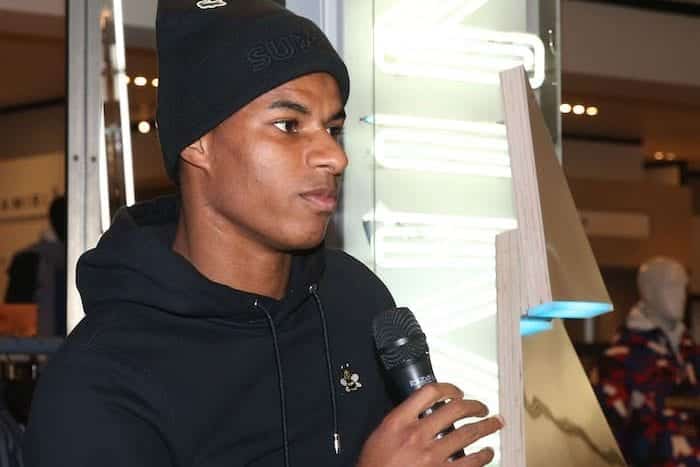 Manchester United and England footballer Marcus Rashford has used his considerable influence to bring about a change in government policy.

The 22-year-old, who has three million twitter followers, wrote an emotional letter calling on MPs to reverse the government’s alarming decision to end free school meals for low-income families.

The story was widely shared on social media and led to the government announcing plans to pour £120m into a one-off ‘COVID summer food fund’. That was a good start but Rashford seeked more.

In a shock u-turn yesterday, prime minister Boris Johnson announced the government will now fund the free school meal voucher scheme – for which nearly 1.3 million children are eligible – over the summer holidays.

Marcus Rashford has had more of an influence on government policy in the last 48 hours, than Jeremy Corbyn had in his 5 years as labour leader..

Reacting to the news on Twitter on Tuesday, the England striker said: “I don’t even know what to say. Just look at what we can do when we come together, THIS is England in 2020.”

I don’t even know what to say.
Just look at what we can do when we come together, THIS is England in 2020.

He told Sky Sports News it was “a bit crazy” the campaign had worked and he was happy he will be able to make a difference to people’s lives.

“We have to make England what we want it to look like… My view on it is it’s a generational thing. Generations change and people improve as humans should.

“I feel like now this generation that we’re in, we’re not afraid to stand up and be counted for and it’s definitely a positive thing.”

Read more: If only more footballers were like Marcus Rashford

Rashford’s campaign was supported by the Labour Party and a number of prominent figures, including Gary Lineker and Piers Morgan.

The news made a city united, with even rivals Manchester City expressing their appreciation for Rashford’s work.

Following the government announcement, a banner reading ‘Rashford 1-0 Boris’ appeared on a street sign welcoming people to Wythenshawe where Rashford grew up in a low income single parent family.

He is now working on his next campaign.