Review: Rambert Triple Bill celebrates modern dance that stands out from the crowd 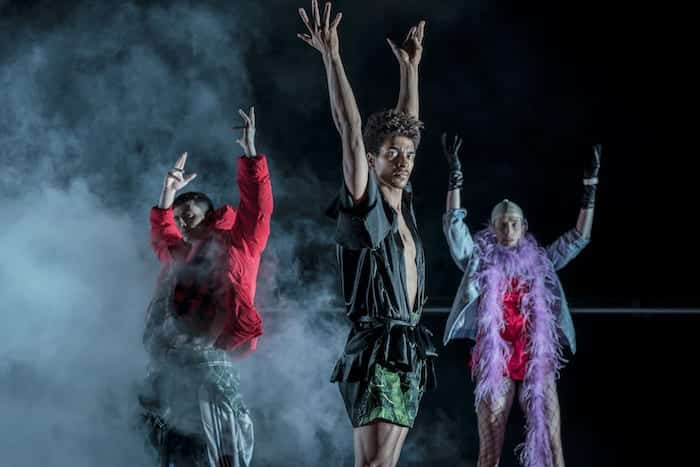 Rambert is one of the world’s leading independent dance companies, known for radical, thought-provoking, inspiring and entertaining pieces.

The name is synonymous with diverse and international programming, and their aim is to make dance accessible and relevant to a modern audience. It’s dance that stands out from the crowd. And it’s dance that matters.

The Rambert Triple Bill currently at The Lowry offers the chance to see early works by Wayne McGregor and Hofesh Shechter, along with a new hip-hop influenced piece by rising star Marion Motin. They’re all breakthrough pieces.

And the chameleonic performers are not just dancers, they’re artists.They have stories to tell.

The bill opens with PreSentient, which was originally commissioned in 2002. It’s set to Steve Reich’s Triple Quartet, a relentless, airless, driven piece, the dancers responding to the changing tones.

The razor-sharp moves are animalistic and jutting and then slow and sensuous, the bodies twisting against Lucy Carter’s lighting, which shapes the space with thick geometric lines.

Wayne himself described the dancers as a “graphic alphabet, a grammar and syntax of violent physicality that battles with claustrophobic choreographic structures to create a sense of unresolved, restless apprehension. A premonition perhaps.”

It sets the tone for the second piece, Rouge, which premiered at Sadler’s Wells earlier this year and which poses several questions. How do you keep going when the only thing you have is yourself? When your building is burning in the middle of the night, what do you take with you?

It certainly packs a punch, opening with musician Rubén Martinez on-stage cutting through the silence with wailing, throbbing guitar. The dancers, dressed in fur and sportswear, cowboy boots and heels, rise and fall through the dry ice.

As they rise together they strip down to leaner costumes. Choreographer Marion Motin’s background is hip-hop and pop, and the ensemble piece is full of the frenetic energy of a music video.

With hundreds of millions of YouTube views for her videos for Christine and the Queens and Dua Lipa, she has never worked with a contemporary dance company, until now.

The lighting, by Judith Leray, positions the dancers between racing neon tubes of light, an effect which becomes hypnotic as the movements gather pace.

The triple bill concludes with Hofesh Schecter’s In Your Rooms, a work which premiered in 2007 and made a name for the groundbreaking choreographer.

The gritty but exhilarating piece questions everything, including its own structure. “I can do better than that,” comes the voice of Hofesh through the darkness in a dreamlike audio recording. Then, “No, I can’t.”

The dancers sometimes move in repetitive, vigorous, focused union, crouched low and machine-like, and sometimes as individuals, highlighting their vulnerability.

The musicians play the choreographer’s string-and-drum-heavy score live on stage, raised above the dancers. It makes for a magical, other-worldly atmosphere.

The whole performance is haunting yet heart-poundingly intense, and it’s easy to see why Hofesh, the folk dancer and rock musician from Israel, is regarded as one of the most exciting artists making stage work today.

It’s a chance to see where some of the most significant choreographers in contemporary dance have come from. And it also offers a glimpse of what the future might hold.

The Rambert Triple Bill is at The Lowry until Friday 1st November.