Quality Street pick and mix is coming to Manchester: here’s where and when to get stuck in 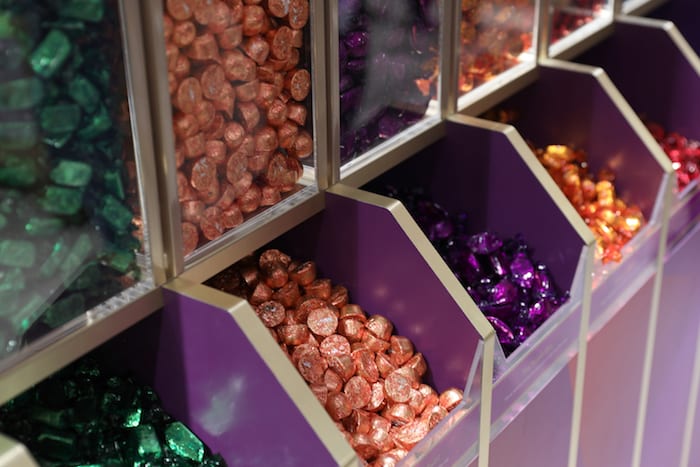 Chocolate fans have been sent into a meltdown with news that Quality Street is to offer a very special service this Autumn – pick and mix your own favourites to put in a big tin.

And the good news for Quality Street fans is that two of the 11 John Lewis stores offering the new service are in Greater Manchester.

While everyone will have their own personal favourites from the classic 12-chocolate selection in Quality Street, the new pick and mix will allow customers to pick their favourites – although you have to include a minimum of three different flavours.

And, ready for the Christmas season, you also have the option of personalising the tin with a name of your choice to make the perfect gift. 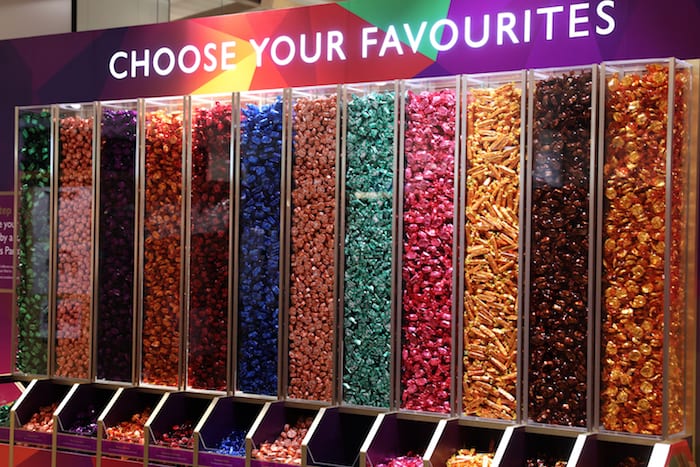 The first Quality Street pick and mix launched at John Lewis on Oxford Street in London last week, but we will have to wait a little longer to try the service here in Manchester.

A spokesman for John Lewis said that it will launch in their stores at the intu Trafford Centre and Cheadle Royal in “mid-October”.

The tins will cost £12 to fill with your selection. 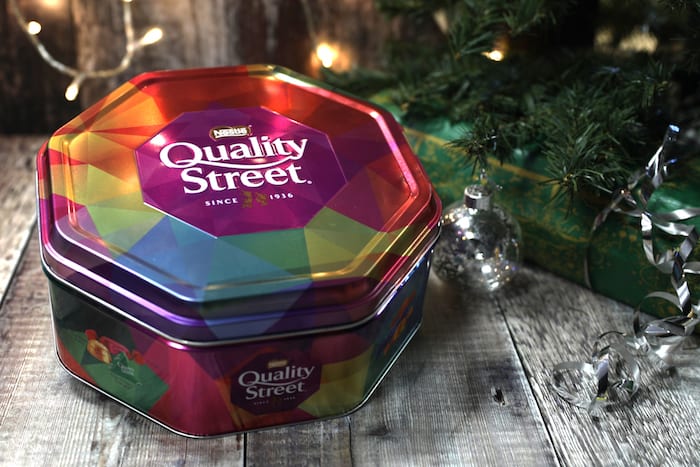 When we get a confirmed date for the launches at the stores, you’ll be the first to know.

In the meantime, let’s start to plan which of the 12 flavours we’ll be choosing to stuff in the tins next month, from the purple one (chocolate caramel and hazelnut), gold one (toffee finger), green triangle one (noisette), red one (strawberry), yellow one (caramel swirl), green one (chocolate block), orange one (orange creme), orange foil (orange crunch), pink one (fudge), blue one (coconut eclair), brown one (toffee) and golden brown one (honeycomb crunch).

Among the first to get their hands on the tins were This Morning stars Holly Willoughby and Philip Schofield, who got their own personalised tins on the ITV show last week.  Although it looks like Holly got to cheat the system and have all red ones!

What do you think to Holly & Phil's favourites! Tune into @thismorning at 12pm to see them pick up their personalised Quality Street tins! #MyQualityStreet 💜 pic.twitter.com/VCvY9SX59O

But those who love the full 12-choccy selection tin need not worry – that will still be available as normal across the UK this Christmas.