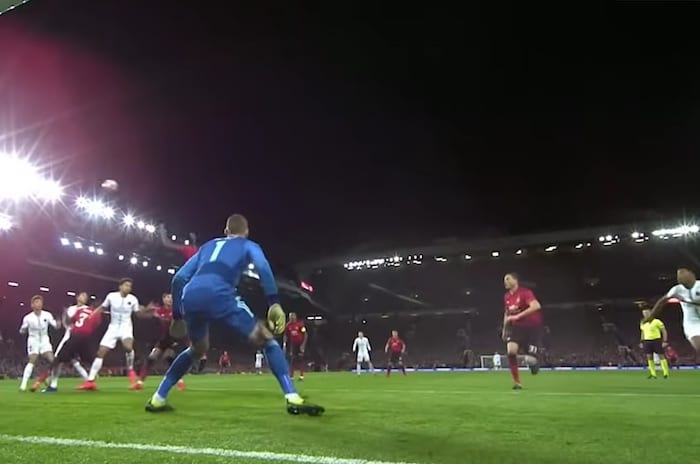 Manchester United went into the PSG game rightly confident. The fans were up for it and the players were on a high after 10 wins out of 11 under Ole Gunnar Solskjaer. Everyone felt that they could get a result against a PSG team missing two of their best players.

What happened was a reality check. United are really out of practice at this level and it showed. What was also clearly evident were the gaps in the squad. You can’t expect to compete at this level without top class players throughout the ranks, and United don’t have that.

If Ole is given the job full time, which I think he should and deserves, there is plenty of rebuilding to do in the summer.

Starting with the back four.

The Iceman, Victor Lindelöf, is the strongest centre half. With a top class defender next to him we’ll have a solid base to build from. After PSG’s first goal, United crumbled for 20 minutes and were all over the place. They have a habit of doing this against top sides, especially City. Two leaders at centre half should stem this flow and settle us down.

At right back Ashley Young is important to the team and as an older statesman of the squad and stand-in captain has a vital role to play on and off the field. Unfortunately, he struggles at this level. Angel di Maria roasted him for the second goal – something that we couldn’t afford to happen.

PSG were extremely well organised and continually left Young free and with the ball. He did little to hurt them.

It was a similar story for Ander Herrera in midfield. It was no surprise that the ball continually dropped to the Spaniard in dangerous positions rather than Pogba. It was frustrating to see Herrera trying to dictate play with everyone else tightly marked. That’s exactly how PSG wanted it and it played right into their hands.

With better quality in this position, United wouldn’t face this problem. Look at the way Julian Draxler ran the midfield. To truly compete in the way United want, that’s the calibre of player they should be looking to bring in.

A couple of injuries to important forwards did it for United. It’s no excuse, but Juan Mata’s and Alexis Sanchez’ lack of pace was no substitute for Jesse Lingard and Anthony Martial. Sanchez in particular was woeful, as he has been for his entire United career.

With Neymar out, PSG brought in Di Maria. Enough said.

United travel to Paris with nothing to lose and will hopefully give a good account of themselves. You may have fancied them to do something on the break as they did against Spurs and Arsenal recently but with Pogba out they lose the ability to carry the ball from deep quickly after a fast turnover.

Again, the lack of depth and quality in the squad is exposed when the World Cup winner is absent.

But they are in far better shape than they were before Ole’s appointment. There’s an excitement around the club and an anticipation that they will soon be somewhere near where they want to be.

The manager said after the game that this won’t be a season defining result and we can’t afford to let it be.

Yes, they we fell short against really top class opponents, but they’ve shown domestically that they’ve regrouped and can beat the better sides in the Premier League. The ground they’ve made up on Chelsea is impressive.

So we move on. Next up is Chelsea away in the FA Cup. Win that on a ground where Jose always struggled, and they give themselves a fantastic chance of silverware. Now that could end up being a season defining result for Ole.