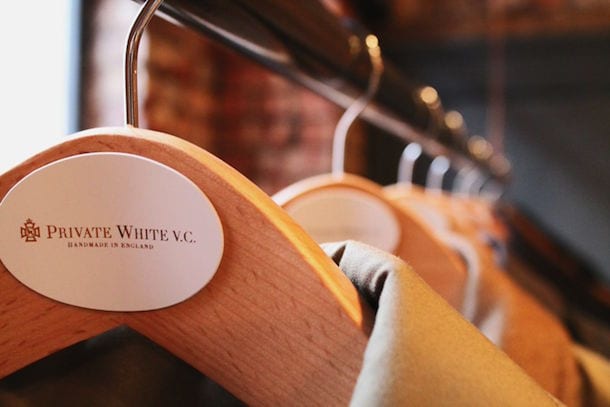 “the shop celebrates the brand’s
longstanding devotion to
British manufacturing”

Located just past the Phones4U Arena, Private White V.C. is the highest profile international British fashion brand you might not have heard of, and is proud to be Made in Manchester.

The Manchester launch of the A/W14 collection boasted music, food and drinks from Artisan, bespoke monogramming, and some exceptional goodie bags. The brand has also recently made it’s first steps into womenswear which we saw exclusively at the event. 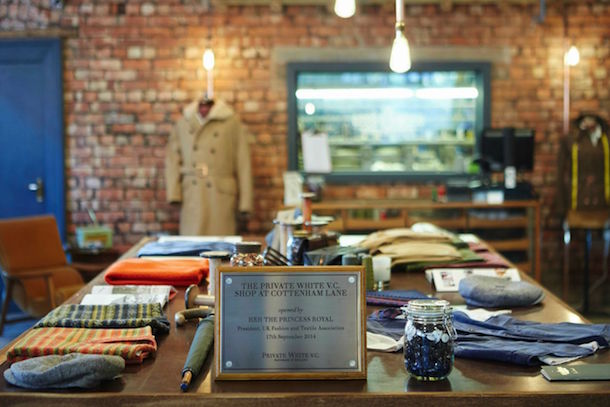 Stocked at Mr Porter, Harrods, J Crew and their own London Store on Lambs Conduit Street, Private White V.C. is a high end menswear brand, built on a family heritage of over 100 years.

Designed to be a natural extension of the 100-year-old factory, the highly anticipated Manchester store was officially opened last month by HRH Princess Anne, who is also President of the UK Fashion & Textile Association.

Visitors are now invited to shop by appointment at the unique high-end store, a hidden gem nestled within the streets of Salford. After being greeted by Brutus, Private White’s mascot Bulldog, guests are welcome to take a tour of the factory and experience first-hand the various stages of production, from pattern cutting to the hand-finishes or buttons and trims.

Set within a building dating back to the nineteenth century, the shop celebrates the brand’s longstanding devotion to British manufacturing, incorporating basic elemental materials such as brick, leather, cast metal, wood, glass and copper that honour the industrial beginnings of both the company and Manchester.

Check out Mr Porter’s video on the factory here:

Alongside company director Michael Stoll, the company is now run by Private Jack White’s great grandson James Eden, through which the company’s passion for local industry has been inherited. As a family business, Private White’s factory has been a key industrial fixture in Manchester for over 100 years.

The collection spans clothing, accessories and a new womenswear line, and is designed by creative director Nick Ashley, son of iconic fashion and interiors designer Laura Ashley. Materials are always sourced locally wherever possible, with the majority supplied by mills within the surrounding area. 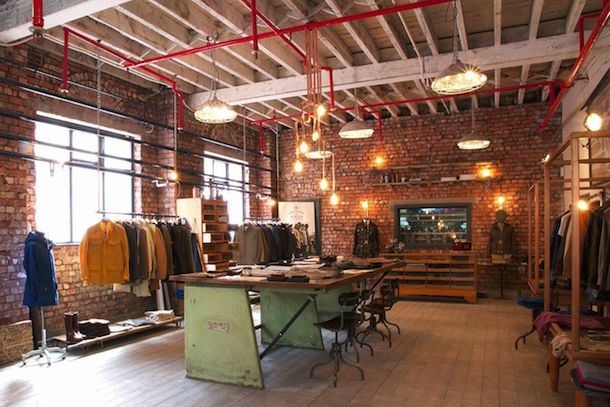 Born in Leeds in 1896, Private Jack White was only 18 years old when he signed up to the Royal Lancaster Regiment. It was saving the life of his commanding officer whilst in action that won Jack the highest and most prestigious honour to be awarded to British and Commonwealth forces.

After returning from service, Jack began an apprenticeship as a trainee pattern cutter at a local factory, before he became general manager and then owner. It was here that Jack laid the foundations of the Private White brand, drawing on the Yorkshire influences that led to the company’s specialism in woollen clothing. 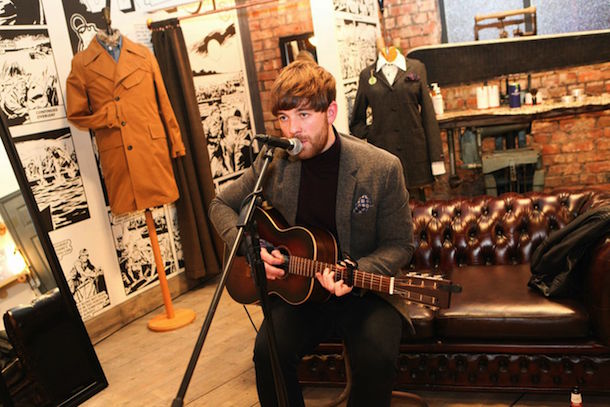 Managing director and great grandson of Jack White, James Eden, comments: ‘The legacy left by my great grandfather is one that champions quality materials, traditional methods and local industry. We have endeavoured to keep this ethos alive, and by opening up our factory space and store to the public we are not only providing a unique shopping experience, but also inviting others to celebrate British manufacturing in Manchester with us.’