To leave your Dry January plans in tatters. D’oh! 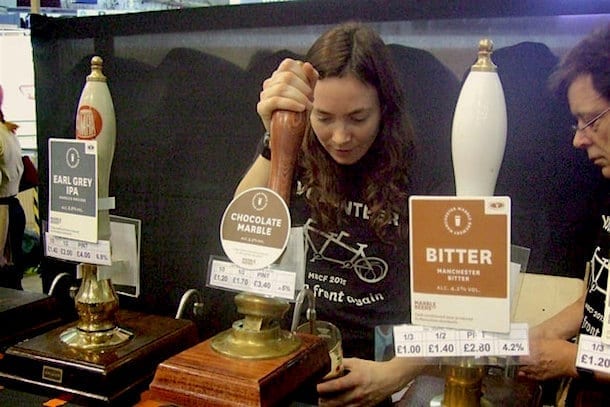 Just when you thought you’d make it till the end of the month without a drop of alcohol passing your lips, along comes The Manchester Beer and Cider Festival to leave your Dry January plans in tatters. D’oh!

“Manchester is at the cutting edge of modern British beer brewing while keeping one eye firmly on its roots and traditions. It is a real ale Mecca, has stunning new breweries, pubs and bars and a wonderful traditional pub scene.”

So says real ale champion and editor of the Good Beer Guide, Roger Protz, who will be sharing his knowledge of milds, porters and stouts at a tasting event on Thursday 21st and Friday 22nd as part of The Manchester Beer and Cider Festival.

Now in its third year, Manchester’s biggest beer festival is moving from the Velodrome to Manchester Central and promises far more than just an amazing selection of 500+ beers, ciders and perries to sample. The new venue in the heart of the city has given organisers space to develop events to appeal to beer lovers.

Roger will be joined by two other highly respected beer experts. Christine Cryne, a member of the British Guild of Beer Writers and chair of CAMRA’s London beer tasting panel, enjoys challenging the perception that wine is the best accompaniment to food. She will be presenting six beers paired with different chocolates (beer and chocolate-the perfect couple) and will explain how the beers were chosen to be the perfect match for each chocolate. You can be part of this event on Friday 22nd but demand is sure to be high for tickets. 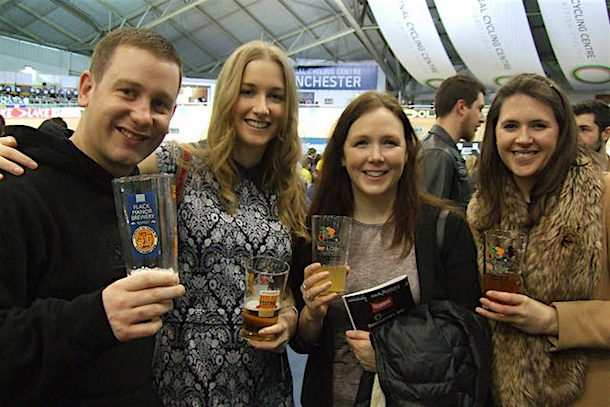 John Clarke, a leading member of Greater Manchester’s beer community who writes a monthly beer column for City Life in the Manchester Evening News, will be talking about two of his specialist subjects – India Pale Ales and Belgian beers. If you’ve ever wondered about the truth of those tales of IPAs brewed hoppy to withstand the sea journeys or what a Wit really is, John will enlighten you in his engaging style. He’ll present his IPA talk on Thursday and Friday, while Saturday festival visitors will have the chance to get the lowdown on the best of the Low Country.

Alongside the talks, there will also be the Great Manchester Beer Debate, a free discussion held in the foyer on Saturday afternoon which is open to anyone with a opinion on the current issues of the day.

Deputy festival organiser Peter Alexander said: “Our move to Manchester Central gives us the space to introduce new events to the festival. Beer is such a versatile product and we are delighted that three nationally recognised experts will be dispensing wisdom as well as drinks. Each presenter has their own individual style and subjects covered will include history of the style of beer and how the ingredients of beer interact to produce the taste that we all know and love. Demand is sure to be high for these sessions, so we recommend securing tickets early.”

Or why not just visit the festival to enjoy a few beers with friends?

The Manchester Beer & Cider Festival is organised by the Greater Manchester branches of the Campaign for Real Ale (CAMRA). Tickets for events are available at www.mancbeerfest.uk