PREVIEW: By Far The Greatest Team at The Lowry 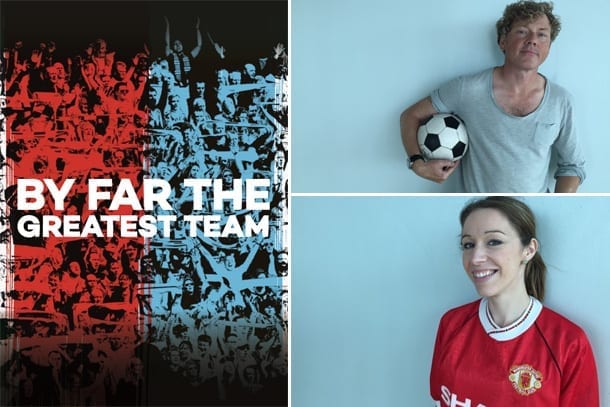 When City beat United 2-1 in the first leg of the Carling Cup semi-final in 2010, Carlos Tevez scored twice and defended his extravagant goal celebrations by saying, “Football is a form of theatre and it was just a form of banter.”

Whether you loathe him or hate him, Tevez was right. Football is a form of theatre. Going to a match and the theatre are both big events. Ticket prices can be exorbitant. Players are accused of play acting when they feign injury. All seater stadiums are often as quiet as theatres.

But above all, football stadiums and theatres are places where people come together to experience drama, tension, joy and sorrow. Watching a good play and an exciting football match can be profoundly emotional experiences. The last few minutes of the 1999 Champions League Final and the City-QPR game in 2012 spring to mind.

So it’s fitting that the world premiere of By Far The Greatest Team, four short plays by four outstanding writers which explore and celebrate what it means to be a football fan in Manchester, is about to be staged at The Lowry, just across the water from the Theatre of Dreams.

“When you go to the football, you look at all these people effortlessly paying attention and gripped, in the moment, not thinking about anything else,” says Sarah, who is co-artistic Director of Monkeywood Theatre, the award-winning Manchester production company. “You don’t see it that often in the theatre, that absolute commitment to what’s happening. So it’s a kind of experiment. Can theatre do what football does to an audience? Can it take you on that really pure, emotional journey?”

The production tells four stories about City, United, identity, community, and belonging and gets to the heart of why the beautiful game has such an impact on our lives. Each play is 22 and a half minutes long, making 90 minutes in total, and is rooted in the truth about people’s lives, challenging the usual stereotypes about football. 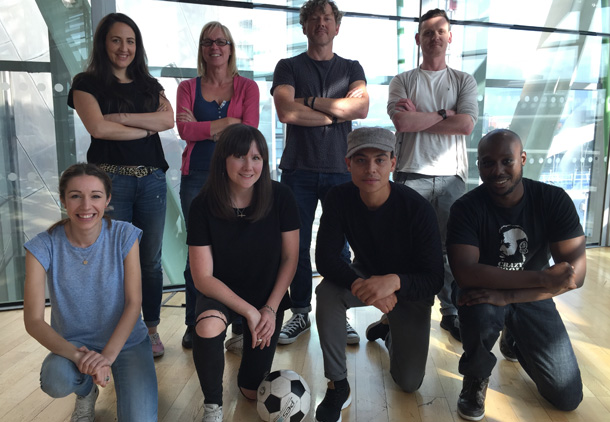 The production will see the Quays Theatre at The Lowry transformed into a theatre in the round, recreating the atmosphere of a football stadium, with lots of opportunities for the audience to get involved in the experience. Award-winning writer Andrew is excited that lots of people who wouldn’t normally go to the theatre will be coming to see the play because it’s about football.

“Manchester is a football city, two clubs and thousands of fans, stories, histories,” says director Martin Gibbons. “The BFTGT plays are four separate stories, but we have woven them together so that, I hope, the experience of watching them mirrors the experience of a massive football match – light and dark, tragedy and comedy, life and death. More than that, I hope that the audience feel that they are part of something, a community of people all going through this emotional, visceral experience together.”

With a cast which includes Mark Jordon (PC Phil Bellamy in Hearbeat and Daz Spencer in Emmerdale), Samantha Siddall (Mandy Maguire in Shameless), David Judge (Hollyoaks, Channel 4 and Meriel Schofield (Beverley in Last Tango in Halifax), this looks like a play well worth seeing for theatre goers and football fans alike.