As I walked down Portland Street the other day – one of the city centre’s main thoroughfares and one that is always – but always – bursting full of people, traffic, noise and general chaos – it dawned on me that it has barely changed in the 20 years I’ve lived in Manchester.

Walking past the Thistle and the Britannia, towards Yates’ Wine Lodge (only the brave should enter), it’s the city centre’s equivalent of a time capsule.

On the other side of the road, the Royal Orchid (buffet and karaoke for as long as I can remember) starts a parade of fairly middling Chinese restaurants which lead towards a genuine treasure – The Circus Tavern (The Grey Horse next door is a gem, too).

The Circus is famously the smallest pub in Europe, and anyone who has ever had the good fortune to have a pint or three in there will fondly remember glancing at the pictures of famous patrons that decorate the walls, whilst trying to fit your knee under your table or not accidentally elbow the dude standing next to you. 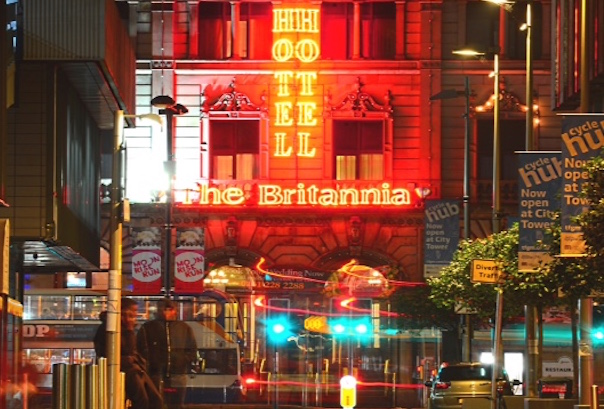 A pub preserved in aspic and for all the right reasons. No amount of change could improve it.

Over the road, the McDonald Townhouse is the most recent – and best – incarnation of that building’s hotel offering.

Look out the window of the restaurant there and you’ll see The Old Monkey. Has anyone been in The Old Monkey recently? I’ve not been in there for more than a decade after a surreal and slightly frightening visit in the early 2000s.

Let’s just say that before that day, I had never seen a dog do what I saw. Nor do I want to again.

Then down to restaurants like Ashoka, where I used to eat when I was a student and which is still the punchline to one of my favourite unintended jokes.

Asking a deeply Mancunian mate where I should go for a curry in town – years ago – he told me he’d been into town and had ‘a shocker.’

There have been minor changes to the landscape. City Tower has smartened itself up, of course, and owners Bruntwood have also given a glossy facelift to the building it now calls Manchester One. The Novotel threw up a pile of red bricks at the end nearest Oxford Road, but it takes a fair bit or walking until you get there.

That end has seen some development, but the Piccadilly Gardens to Princess Street stretch seems to have avoided the sort of transformation that has cloaked the rest of the city.

It’s not the best looking strip of city centre, which makes it unfortunate that it is probably one of the busiest and well-travelled for casual visitors to the city centre. 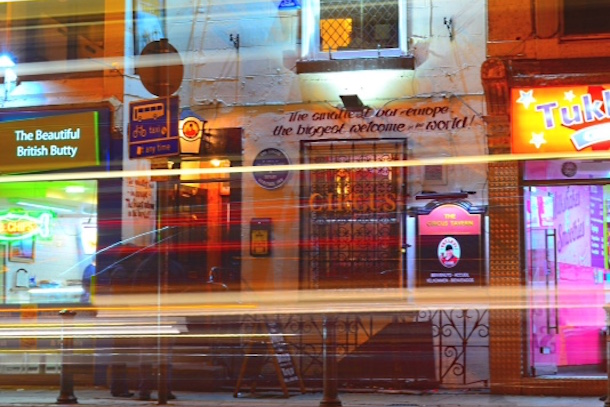 Just as Market Street can’t be used to define ‘shopping’ in Manchester, neither can Portland Street be used to represent much of what Manchester really has to offer, now can it? It’s a hotch-potch. A patchwork quilt of slightly crumbly hotels, slightly mad bars, slightly crap restaurants and slightly confusing traffic signals.

Publisher Chris was pondering this the other week. ‘Someone gets off the train at Piccadilly, walks to Portland Street, goes to a conference at one of the hotels, then goes back to the station to catch the train home. Imagine if that’s the impression of Manchester they take away with them. People must think we’re talking about a different city.’

Its location is a challenge. Squeezed between a major bus interchange, a coach station and busy road network and Chinatown, it doesn’t have much room to breathe.

But why should it have to change? All the hotels are booked up, all the bars are full and the Portland Street crowd – whoever they may be – are being very well served, or so it seems.

If it ain’t broke, why fix it? Maybe, but the odd polish up might not go amiss. 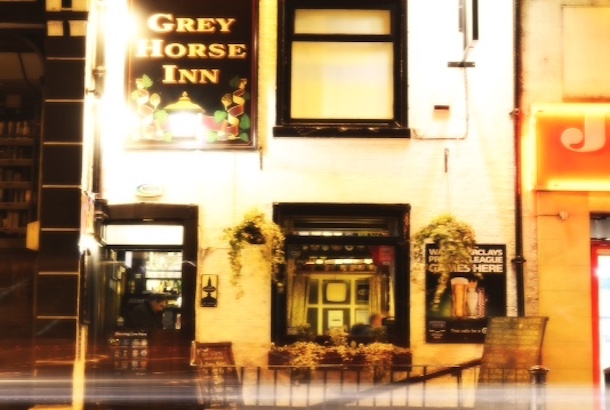