Following the success of Poppies: Wave and Weeping Window, which toured to IWM London and IWM North in 2018 to mark the end of the First World War centenary, 2021 will see the iconic sculptures combined and returned to IWM North, where they will go on permanent display as part of a brand new artwork.

Reimagined into a dramatic new sculptural form, and comprising 12,960 handcrafted ceramic flowers, Poppies will be displayed within the unique architecture of IWM North’s Air Shard from 10th November 2021.

The installation was originally at HM Tower of London from August to November 2014 where 888,246 poppies were displayed, one for every British or Colonial life lost at the Front during the First World War. 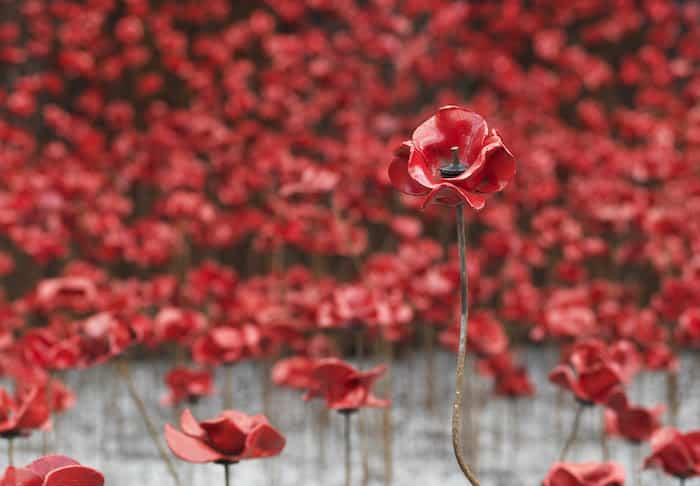 This major four-year tour encouraged millions of people across the country to reflect on their own links to the First World War as a shared experience.

The sculptures now form part of IWM’s collection and, in their new permanent home, visitors to  Manchester are invited to reconnect with the poppies as both a contemporary artwork and as a  means by which to reflect on the way war shapes lives.

Poppies were a familiar sight on the battlefields of the Western Front, where they flourished in the devastated landscape.

Since John McCrae’s 1915 poem In Flanders Fields, which concluded with the lines ‘We shall not sleep, though poppies grow / In Flanders fields,’ the poppy has endured as a symbol of remembrance. 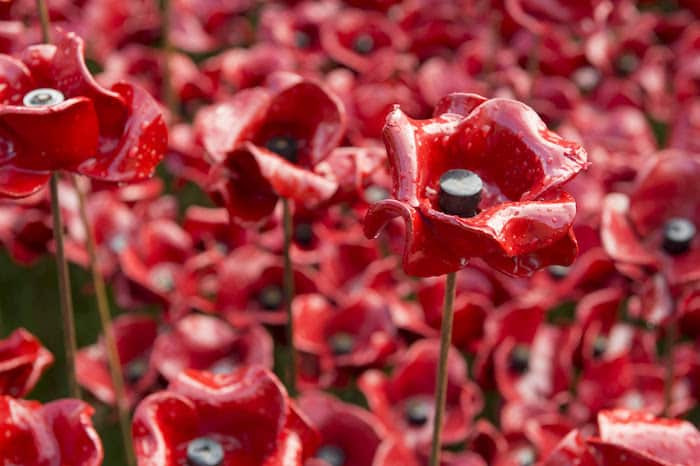 Poppies, which will cascade down and pool within the Air Shard, will help visitors to refresh their understanding of the poppy as a symbol of the very  human cost of war.

“It feels really fitting to have the poppies return and make their home at IWM North,” says Laura Clouting, senior curator of First World War and Early 20th Century at IWM.

“IWM was founded over a century ago amidst the First World War to ensure that we never forget the human cost of war.

“This sculpture, both an artwork and a piece of social history, will provide visitors with the  opportunity to consider these consequences of war afresh.”

The unveiling of Poppies at IWM North coincides with Remembrance Sunday in 2021 and will be accompanied by Remembrance themed programming across the museum’s branches and online.