Pogba can see the problem with United – why can’t anyone else? 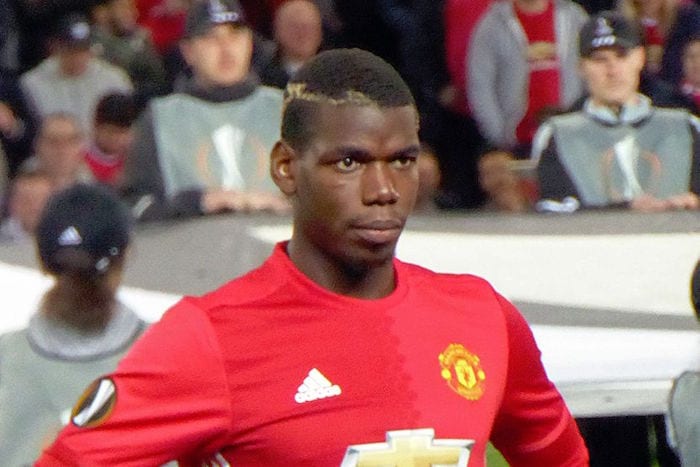 This has been such a Pogba week for Paul Pogba. On Wednesday, he was brilliant away at Young Boys in the Champions League, scoring twice and inspiring the team to a great performance.

On Saturday, he was stodgy and flat against Wolves, giving the ball away for their equaliser.

The inconsistency is so typical of his second stint at United, it’s not even surprising now.

But what was surprising were his comments post-game. Rather than talking about himself and hinting at his future away from the club, he showed a bit of passion and illustrated that the players do actually get what the fans have been banging on about for ages.

Here’s what he said: “When we are at home we should attack, attack, attack. That’s Old Trafford. We are here to attack. I think teams are scared when they see Man United attacking and attacking. That was our mistake today. We’ve had three games at home and we’ve only got four points. It’s not enough.”

Spot on, Paul. It isn’t enough.

The fans have been demanding this type of football since Fergie left. Finally, it looks like the players are realising, too. Now it’s up to them to actually do something about it.

On the subject of Fergie, it was fantastic to see him back in the stands for the first time after his recent ill health. I think we all have a pretty good idea of what he would have made of events on the pitch and the state of the club and attacking mentality he did so much to create.

Pogba went on to criticise some of his team mates, too. Which is great. For too long it seems like the players don’t really care. They’re all too busy being mates to really have a go at each other. Maybe that isn’t actually the case.

He said: “Not a lot of movement in front. Obviously, we should show more options of playing but I cannot say that because I’m a player. That’s my way of thinking: we should move better, we should move more.”

This United team is so static. It seems like our midfield slow it down too much, but it’s often because the players in front of them simply aren’t moving. I don’t get it. Are they lazy or is this the way they’re being drilled?

It takes us back to fundamental issues and questions that still haven’t really been answered. How does the manager want this team to play? What is our style? How do we think we’re going to beat the team in front of us?

For City fans these are easy questions to answer. For United, not so much.

You would think they would work on this in training every day. And with Michael Carrick as one of the coaches, you would hope that this issue could be solved. But the problem persists.

Carrick was the best at hitting direct forward passes to the feet of the forwards. Watch the team from 2008. The combination of Carrick to Rooney was devastating, and it got us moving. Quickly.

Surely he should be able to instil a bit of this into the forwards, letting them know the runs the midfielders want them to make?

The fundamental fact of the matter is, we’re too slow as a team despite the pace of our forwards. And we’re stodgy and uninspiring in front of our own fans.

This needs to change. But currently there’s absolutely no sign of that happening.

Last week I wrote that maybe it wouldn’t be so bad this season. Turns out I was wrong. It looks like we’re in for a long and boring season.