Plans have been submitted this week by Manchester City Council and Far East Consortium (FEC) to build 30 brand new homes for social rent as part of wider regeneration plans in the Collyhurst area.

The plans follow extensive consultation and engagement with local residents and will incorporate a mix of townhouses and low-rise apartments, with low carbon family housing central to the designs.

The new homes are in addition to 244 homes (including 100 for social rent) currently being considered for approval by the Local Planning Authority as part of the joint venture’s neighbouring Collyhurst Village development – plans for which include a new 1.3 hectare park. 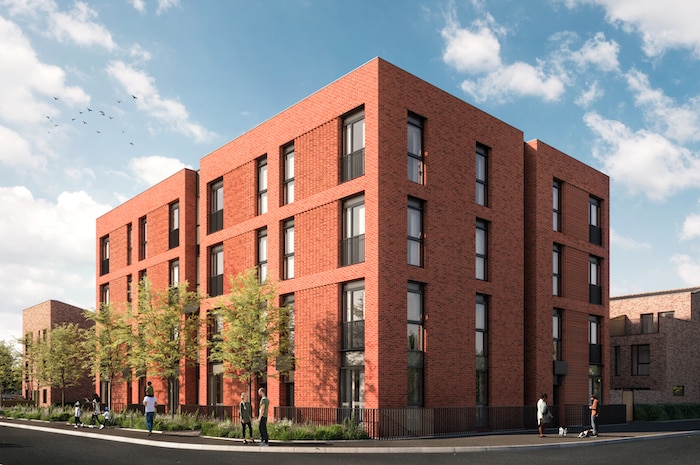 More than 450 trees are expected to be planted as part of a network of green links to the surrounding village.

A separate planning application for Collyhurst Village was submitted in February.

Enabling works for the scheme, supported by the government’s £400million Brownfield Housing Fund and delivered by Manchester contractor LK Group, have begun on site.

The two new neighbourhoods developments are part of the wider £4bn (GDV) Victoria North project (formerly known as the Northern Gateway project) which will deliver up to 15,000 new homes while rejuvenating disused land over the next 15 years.

For more information about plans to regenerate this part of the city visit collyhurst-regeneration.co.uk. 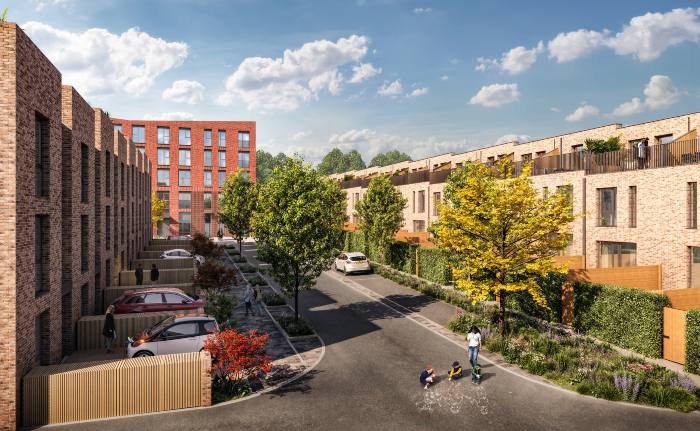 “We had some great feedback from the local community when we consulted on this scheme earlier in the year and we are moving quickly to fulfill our commitment to regeneration in this part of the city, building the affordable homes local people need,” said Cllr Gavin White, Manchester City Council’s executive member for housing and employment.

“We know it’s going to help make a real difference to people’s lives, now and in the future.”

“Together, they form a vibrant and inclusive neighbourhood which will celebrate the existing community and create new transport connections and green spaces, improve amenities and, ultimately, deliver high-quality housing that serves the needs of local residents.

“With preliminary work now underway, we look forward to progressing what will be one of the most significant regeneration projects in the UK later this year.”