Plans for St. Michael’s to ‘transform an underused part of the city’ submitted to Manchester City Council

The plans for St. Michael’s have now been finalised and submitted to Manchester City Council following two public consultations with local residents, businesses and city stakeholders.

Jackson’s Row Developments director Gary Neville said that, following extensive public consultation, the developers have taken on board the views of Historic England, PlacesMatter! and the general public. 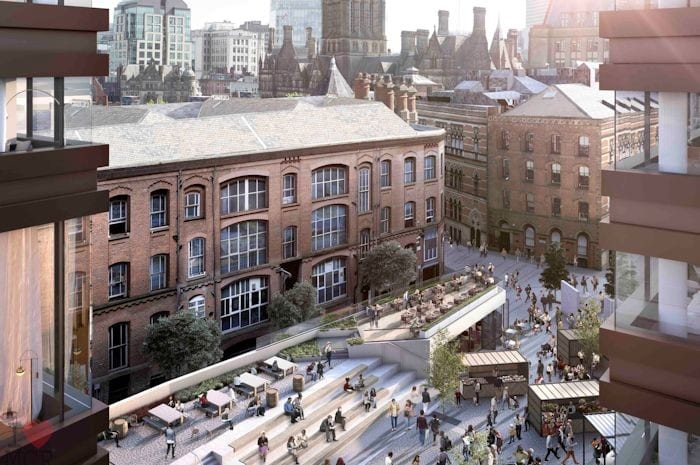 The most significant change to the development’s initial design is the appearance of the two main towers.

Ken Shuttleworth of Make Architects said: “In response to the consultation process, the design of the building façade has evolved including lightening the colour to a softer bronzed aluminium that will change the towers’ appearance in different lights and times of the day and responds to the material tones already in the conservation area. 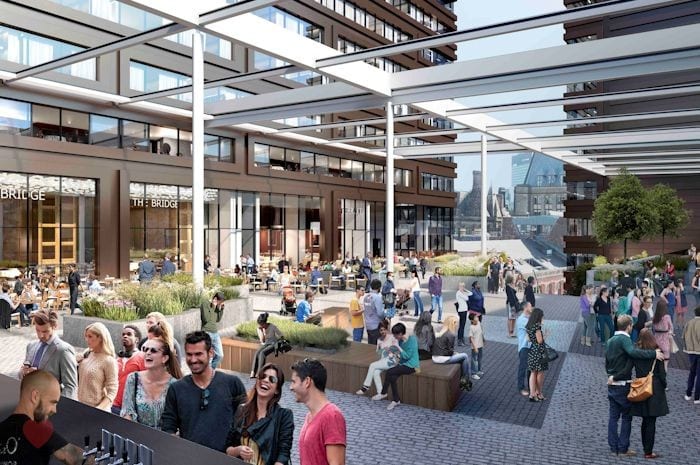 “We have also improved connectivity and accessibility between the lower and upper squares which has created more active frontage onto St Michael’s Square.”

The 700,000 sq ft project will generate 500 jobs during construction. When it is completed, it will generate in the region of 1,500 new jobs, approximately 1,100 of which will be associated with the proposed offices, 200 for the hotel and 180 for the associated retail/leisure floor space.

“The scheme will transform an underused part of the city and will offer an incredible statement in architecture and development for Manchester,” said Mr Neville.