“PIVOT!” FriendsFest is back in Manchester – now with more tickets and dates 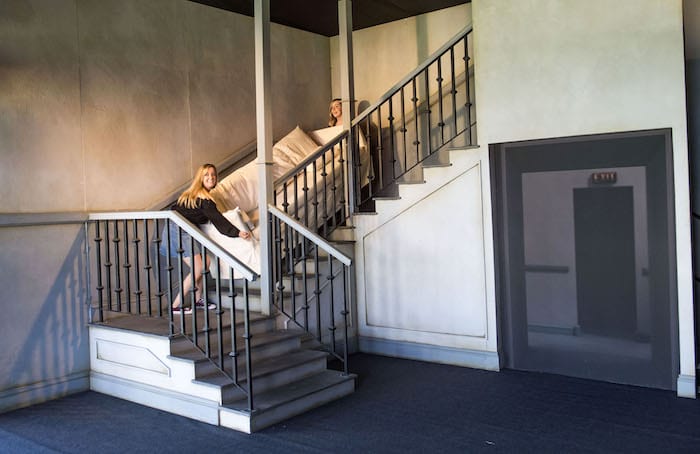 OH. MY. GOD! It has recently been announced that  due to massive demand, more tickets have gone on sale for Manchester’s edition of FriendsFest this summer in Heaton Park, with new 18th and 19th August dates now available.

Could you be any more excited?

Touring across the UK from the beginning of July onwards with locations including Glasgow, Newcastle and London, FriendsFest’s Manchester dates were originally announced as 3rd-12th August.

However, after selling out in super-quick time, it was decided that FriendsFest will be making a return visit later in the month.

And no wonder it’s popular. Created by Comedy Central UK, this festival impressed crowds last year with recreations of the Friends set people could step inside, including Joey and Chandler’s apartment and Central Perk.

There’s also the chance to recreate the iconic “PIVOT!” scene on the staircase which was voted the nation’s favourite Friends moment by thousands of fans last year on comedycentral.co.uk.

Visitors will also be able to dress up in some of the most unforgettable outfits and don the best wigs before going on set for their ‘lights, camera, action!’ selfie moments.

Plus there is plenty of original memorabilia for fans to feast their eyes on, as well as Friends-themed food stalls, a cocktail bar, and a Friends quiz people can get involved with live on stage.

You can of course watch it, too. Fans will also be able to relax in the sunshine (hopefully) while watching some of the best moments from the TV show itself.

Friends remains hugely popular with over 5 million viewers coming in to watch it on Comedy Central UK each month.

Now fans can go one step further than watching it and get to the fest.