Living Ventures don’t do anything by halves... 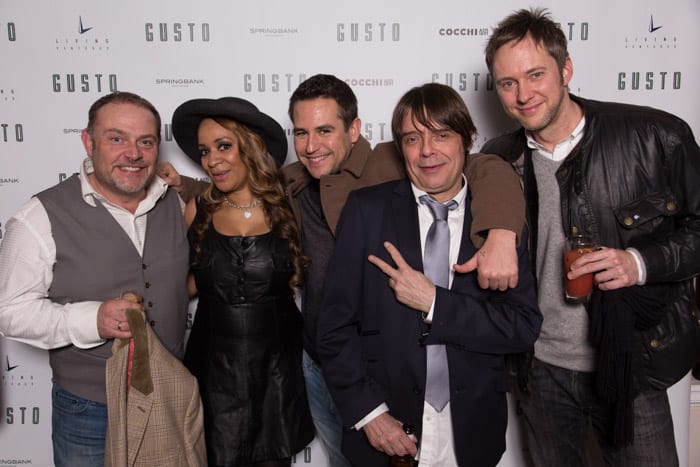 Living Ventures don’t do anything by halves. And they certainly didn’t let up last night, hosting a very grand opening soiree for their latest venture.

the former Olive Restaurant has undergone
a magnificent transformation.

A popular fixture on the restaurant scene in South Manchester and Cheshire, the launch of the first Gusto in Manchester city-centre was bound to cause a stir. Leading lights from Manchester’s acting, music, media and business world flocked to the stunning new restaurant to celebrate in style, when it launched yesterday evening with a suitably lavish party.

Occupying the ground floor of the elegant Grade II listed Elliot House on the corner of Lloyd Street and Deansgate, the former Olive Restaurant has undergone a magnificent extension and transformation. Taking cues from the European grand cafes of the early 20th Century, such grand spaces often had large artworks and paintings depicting a place in time. So to illustrate this (quite literally!) the renowned Manchester artist Michael J Browne, was commissioned to develop a giant renaissance or `old masters` style painting, but with Manchester as the subject.

He was working on his masterpiece (which will be ready early January) throughout the party, fascinating onlookers curious about references to the city’s history, landscape, architecture and heritage as well as it’s people; luminaries of literature and invention, as well as more recent characters from popular culture and the arts.

The real celebrity present on the night, Mr Tim Bacon, founder of Living Ventures, said: “we’re really pleased with the finished product. I like to call it European chic with a nod towards Italy.”

The new restaurant and bar, Accessible from Deansgate at the bottom of Lloyd Street, is now open and taking bookings.