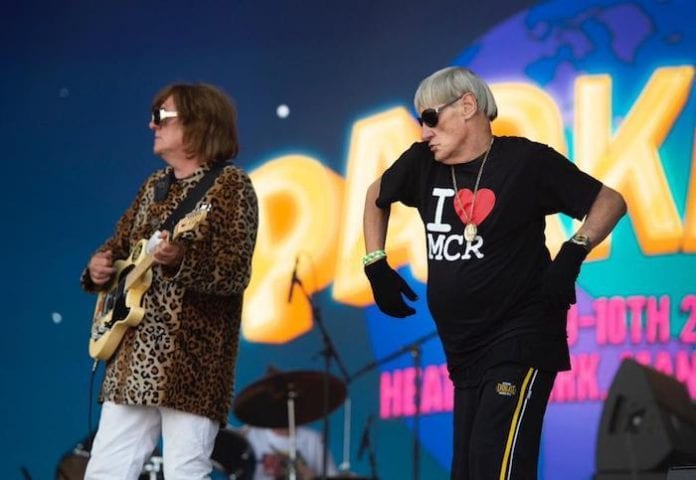 The heartbreaking announcement was made this morning by fellow Piccadilly Rats singer and co-founder Gaz Stanley.

The statement, which was posted on the Piccadilly Rats twitter account, simply reads: “RIP my best mate, my brother, my superstar. I will miss you forever. Gaz.”

R I P MY BEST MATE MY BROTHER MY SUPERSTAR I WILL MISS YOU FOREVER GAZ ❤️ pic.twitter.com/XaKqCo1qj5

Ray, who had become something of a Manchester character, was hit by a tram last Wednesday in Manchester city centre.

He is believed to have been on his way home after leaving a gig performing at the Northern Quarter’s Millstone Pub when the accident happened on High Street, between Market Street and Shudehill.

Following the incident, Ray was taken to Salford Royal hospital, where he remained in intensive care in a life threatening condition – with his son Daniel sharing the news in an emotional facebook post.

Ray was kept alive on a ventilator and, after fearing the worst, doctors confirmed he wouldn’t recover from his injuries and turned off his life support over the weekend.

True to Ray’s fighting spirit, he continued to breathe on his own after the ventilator was turned off – confirmed by his son Daniel who shared an update on his dad’s condition in a heart wrenching post.

“78 hit by a tram at full speed and still alive shows how strong you are dad.

“Watching my dad being taken of the machine and the breathing machine as well to be told after it he will pass over within 24 hours, to him still breathing 43 hours later with all his injuries that should have killed a normal man on impact.

“These are the hardest days I wouldn’t wish on my worst enemy but from [m]y heart I can say I am the proudest son to watch how strong, powerful and incredible my dad is.

Over the years, Ray gained an army of fans. If you’re not familiar with his name, you may recognise him from TV appearances on both The X Factor and Judge Rinder.

And just last year, Ray and his Piccadilly Rats band mates were given the opportunity to perform at Parklife.

RIP Ray. Our thoughts are with his family and friends at this difficult time.