‘Ukraine: Photographs from the Frontline’ is set to open this Friday at the Imperial War Museum North 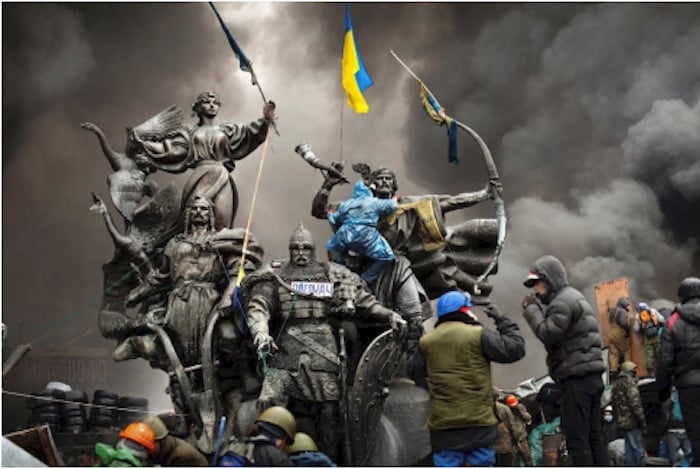 The Russian invasion of Ukraine this year has sent shockwaves around the world.

But for many Ukrainians living in Donbas and Crimea, the shadow of war has long loomed over their every day lives since 2014.

One of the most devastating conflicts in Europe since the Second World War, Anastasia Taylor-Lind has sought to put a human face on the war by documenting every day life of Ukrainian citizens between 2014 and June 2022.

This will be the first public display at a UK Exhibition of the photographs. 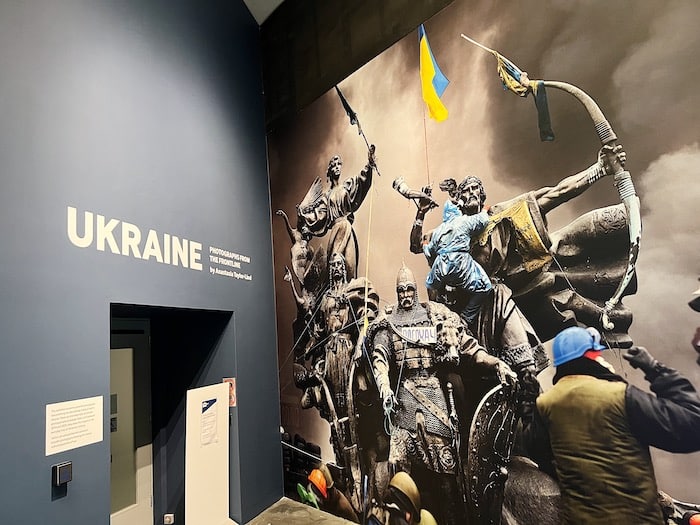 Photojournalist Anastasia Taylor-Lind says: “I’ve been reporting on the effects of violence on ordinary people’s everyday lives in Ukraine since 2014. I’m grateful to IWM for giving these photographs a space where they can reach an audience far away from the war.

“I hope they can illuminate the ways, sometimes small and sometimes big, in which Ukrainians continue to live, adapt and build futures, despite violence and instability.

“IWM has curated years of work into an edit offering a snapshot of the many stories I’ve witnessed that document individual courage and optimism in the face of great challenges.”

Anastasia started working in Ukraine at a pivotal moment in today’s ongoing war. 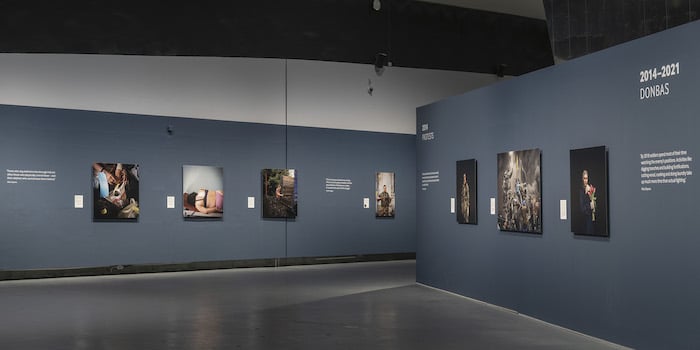 Her photographic output begins with the violent protests of 2014, which, centred in the capital city, Kyiv, led to the removal of a Ukrainian government that chose ties with Russia over the West.

Attempts to reach a settlement failed, and the conflict continued to simmer in Donbas, escalating eventually to outright war when Russia invaded the country in February 2022.

During this eight-year period, when the attention of much of the world’s media turned elsewhere, Anastasia continued to work in Ukraine, documenting ordinary citizens whose lives have been uprooted by the threat of the frontline, the reality of displacement, and the pain of separation from
loved ones. 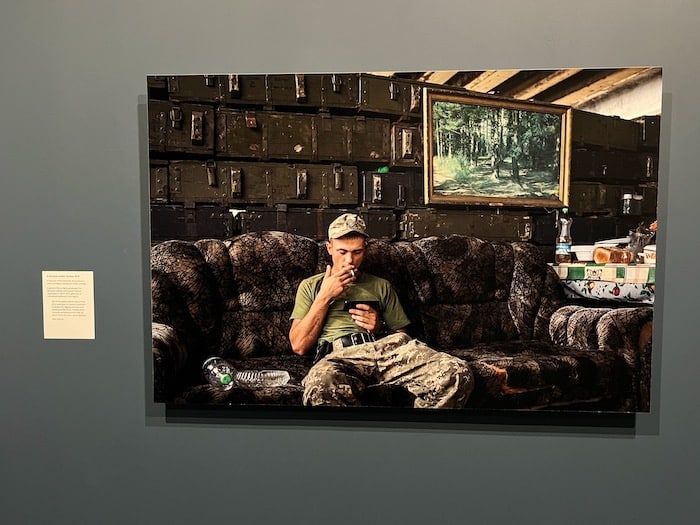 Ukraine: Photographs from the Frontline presents her work in three sections, focusing on the 2014 protests in Kyiv; the ongoing conflict for individuals living in eastern Ukraine; and the current Russian invasion with works which, taken as recently as June 2022, reveal the threat to the future of an entire country.

Alongside these images, the exhibition includes perspectives from those on both sides of the camera. During her time in Ukraine, Anastasia worked alongside long-term collaborator and friend, Ukrainian journalist Alisa Sopova whose voice is heard throughout the exhibition by way of co-authored captions and wall texts.

Quotes from people Anastasia photographed, such as sisters Lyudmyla and Nelya Tkachenko who fled Ukraine in early 2022, also reflect on the harsh realities of the war, bringing to life the human stories of a handful of individuals within this conflict which has impacted millions. 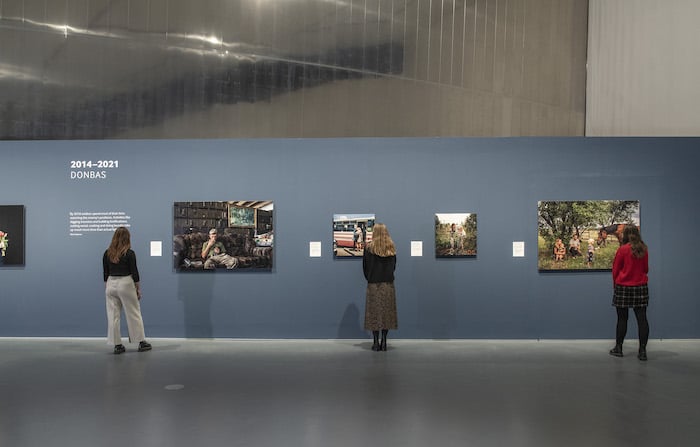 Greg Brockett, Curator of Contemporary Conflict at IWM, says: “At IWM we understand only too well the tragic and devastating effects of war. Anastasia’s photographs bring into sharp focus the impact of Russia’s war on Ukraine, a conflict which has torn apart the lives of countless individuals. 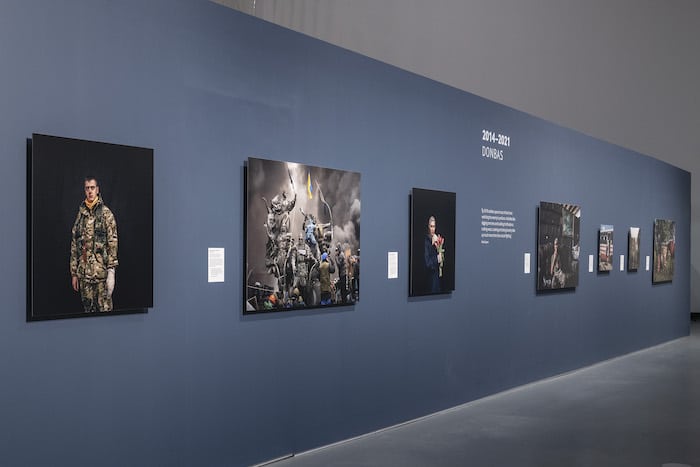 “We hope that this exhibition offers a personal and visually arresting perspective on a conflict which has had an enormous impact beyond what we see in the news headlines and online.”