Manchester City Council have a vision to turn Manchester into a global city by 2020. What does ‘global city’ mean? A world class, or global city, is defined as a city with considerable influence on the rest of the world. A global city has infrastructure capable of attracting and supporting several multinational corporations and transport links to move a huge amount of traffic both into and out of its limits.

The perfect examples are New York and London – both locations are powerful on the world stage and are considered financial capitals.

With many Londoners looking to Manchester as their next home, Manchester city centre is predicted to thrive over the next decade, helping the city to attract 40,000 more jobs. It will also play a major part in a projected £5.5billion increase in Manchester’s contribution to the national economy.

That’s why we’d be forgiven for suggesting the prices of property in Manchester (and parts of Salford) will rise significantly and, if you’re looking to buy a property in Manchester, the time is now. Way before the prices rocket, accordingly. If you’re already a home owner in Manchester, and you’re patient, you’re potentially in for some serious equity in about ten years. However, if you can’t wait that long and you want to release the current equity in your property, you’re going to have to take active steps to create that extra value for yourself.

If anyone should have an idea where the property market is heading, it’s Phil Spencer.

Mr Spencer informed The Telegraph of his top tips on how to set your house apart from all the others – and get it sold.

Here’s how Phil suggests you add value to your home:

1. Go for a loft conversion 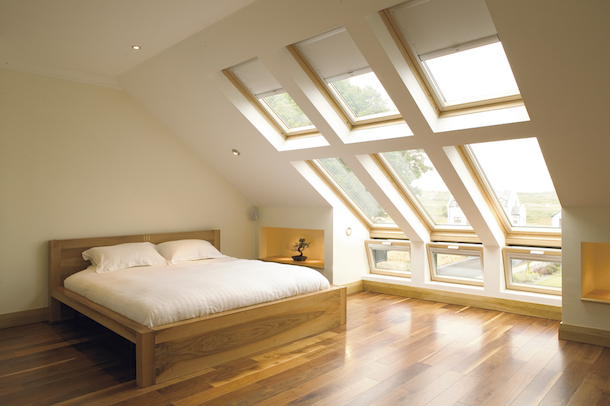 “The easiest way to get an extra bedroom and bathroom. Not particularly disruptive, either, as most of the work can be done from outside. The key thing is to make sure access to the loft is easy and that the conversion fits the rest of the house, rather than looking grafted on. You will have to strengthen the floor joists, which will raise the floor level, so make sure you leave yourself with sufficient ceiling height to stand up in. Spend £20,000 on a loft conversion and you can add £40,000 value to your house. I am always wary of quoting figures, but for the purposes of this article, I am using a survey of 110 estate agents, carried out by mortgage lender GE Money, which concluded that a loft conversion adds an average 12.5 per cent to the selling price.” 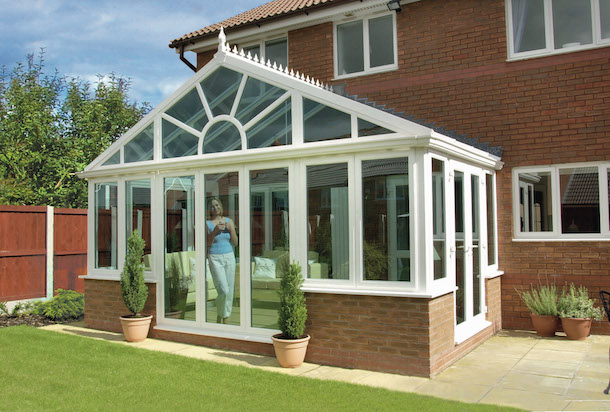 “Extending your living space is always a good idea, but the danger is that your conservatory ends up looking like something just bolted on the back. Make sure the conservatory matches the style of the rest of the house. Don’t make it seem as if it’s in any way separate, with its own entrance, for example. You can enhance the feeling of space and flow by installing the same flooring throughout your downstairs living area. It leads the eye on and ensures that the conservatory feels part of the rest of the house. A conservatory (cost £5,000-£30,000) can add around 7 per cent to the value, while a full-blown extension (£10,000-£30,000) adds 11 per cent.” 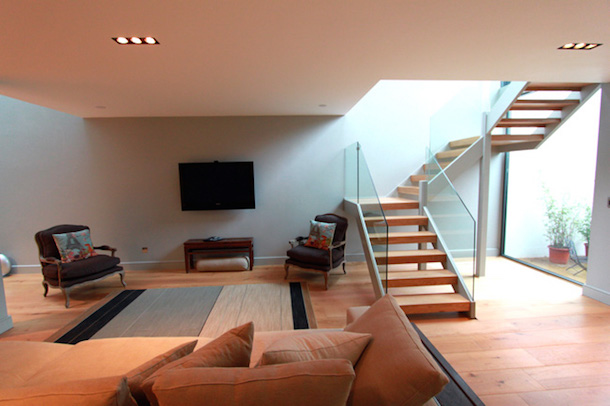 “The most expensive form of extension: it costs £200 per sq foot to do the digging, and another £100 per sq foot to do the fitting out. So unless your house is worth £300 per sq ft, you won’t see your money back. It is also the most serious form of extension, as it is going to affect the structural load of your property. Not to be undertaken lightly, or without careful consideration, then. You will need to hire specialists to do the design and the installation, and you will almost certainly have to move out of the house for several months. That said, you can create fantastic spaces underneath your home, and extending your house like this means you can stay in it for longer, enjoy it more and sell it quicker when the time comes. I have just had a basement put in at my home in south-west London. It cost £300 per sq foot to dig and fit out, but houses in the street sell for between £700 and £900 per sq foot, depending on condition – which, in theory, means that for every £1 invested into the house, potentially £3 was added to its value. Also, when I bought the house it was 2,200 sq feet and now with basement and kitchen extension it is 4,000 sq feet – so it has virtually doubled in size. As I say, the real value lies in increasing your living space.”

4. Get rid of the garage 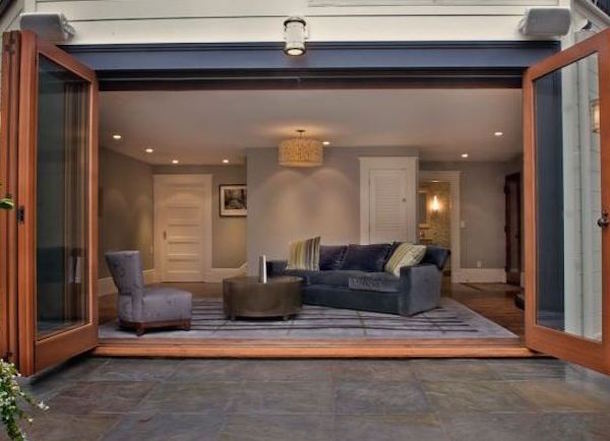 “And turn it into living space. The fact is, 90 per cent of British garages don’t contain a car. They are a wasted asset. Cost: about £10,000. To calculate value added, multiply square footage gained by local price per square foot.”

5. Concentrate on the kitchen 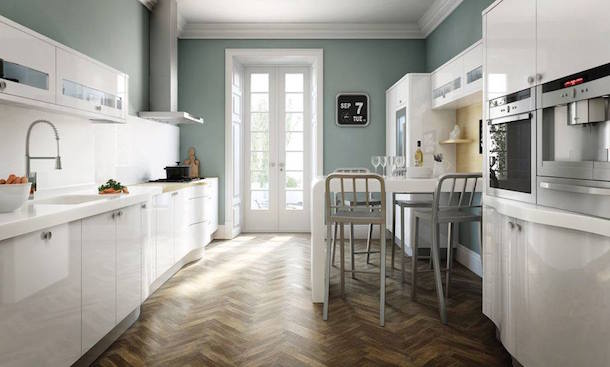 “If you are only going to improve one room, make it the kitchen. This has now become the showpiece area of the home. We don’t just cook in it, we do homework in it, we watch television in it and hold dinner parties there. The number one priority is creating a handsome and efficient work surface and ensuring easy access between the three points of the kitchen triangle, that is, the sink, fridge and cooker. Install equipment that is as up to date as possible, so it won’t look outmoded in 10 years. And make sure the price bracket of your kitchen matches the price bracket of your house. There is no point putting a £25,000 kitchen in a £250,000 house; you won’t see your money back. Equally, put a £10,000 kitchen in a £1 million house, and you will drag down the value. Typically, a new kitchen will add 4.6 per cent onto the value.”

MLS Kitchens Manchester is a family run business and have been designing kitchens for home owners in the North for over 10 years. Great quality, bespoke products at unbeatable prices is their recipe for success.

And if you need any proof just check out online business directory Free Index, where they are ranked the UK’s number one kitchen design and supply firm thanks to a host of satisfied customer reviews.

MLS Kitchens can produce everything from traditional to contemporary kitchens including high-gloss and hand-painted finishes.

In fact, they have 25 styles to choose from in a host of colours and finishes,including wood,acrylic and glass.