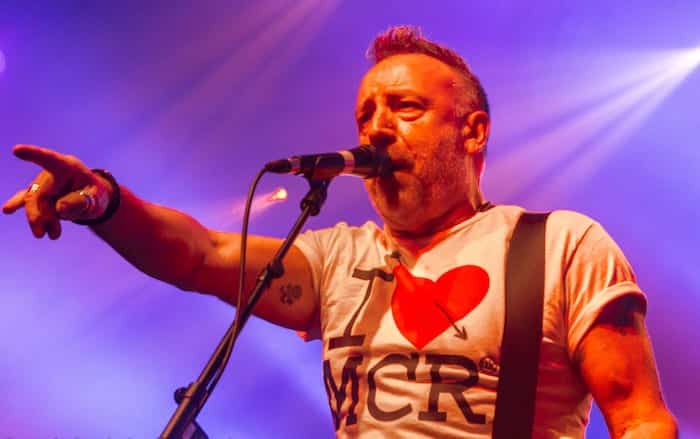 Manchester music icon Peter Hook is selling off a host of personal memorabilia from his years as bassist with Joy Division and New Order.

The collection is to go to under the hammer in March and will include 300 individual lots accrued over 40 years of Hooky’s career spent with the seminal Manc bands.

The collection marks the first time the items have been brought together for fans to view and is made up of many items unseen since the demise of both Joy Division and Factory Records.

The collection also includes correspondence and limited edition clothing, much of Hooky’s personal memorabilia including his ticket from the infamous Free Trade Hall Sex Pistols gig in the 1970s, his old school photo from Salford Grammar School, and even the legendary Factory Records “floating” boardroom table.

There is also the original typewritten lyrics of Joy Division’s late singer Ian Curtis for Failures of a Modern Man in 1977, which has already received an online bid of £1,000.

Explaining the lot, Hooky said: “We had a bit of a scare with someone telling us how easy it was to get ripped off in the music business, for someone else to rip off your lyrics.

“Seems silly now but the remedy was to mail a cassette of your lyrics and music to yourself and keep it unopened. Only to be opened in case of emergency etc, Ian duly typed out his lyrics and gave them to me with a cassette of the tracks. This is the only piece left. Amazing how great his lyrics were. Failures was one of the only songs where Ian had the idea for the song before we wrote the music. He came in and said I want you to go Da Da Da Dah! after I deliver each line… which we duly did. A great rock song!”

Also with a current bid online of £1,000 is a leather jacket that Hooky memorably recalls buying back in the 1970s alongside bandmate Bernard Sumner. 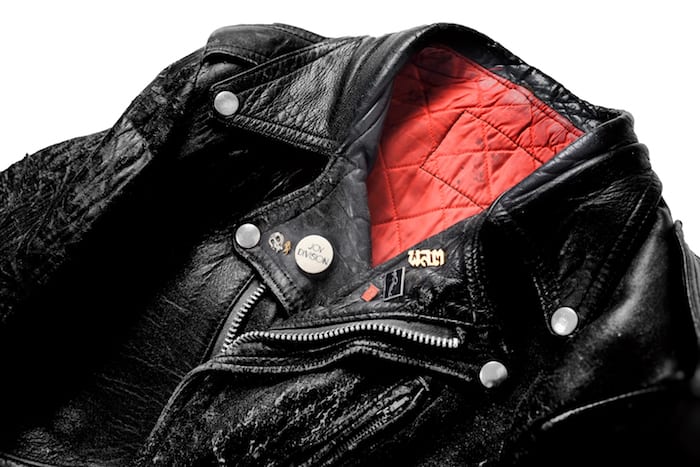 Writing about the jacket, he recalls: “Purchased from a tiny motorbike shop on Deansgate. Me and Barney bought one each for £45, a fortune in those days.

“We both wore them to death! His was stolen from the cloakroom at The Ranch after a punk night and he never replaced it. This coat became my trademark. I wore it religiously and was terrified of losing or having it stolen. Doesn’t fit now unfortunately. Decorated with period badges including one of the original Joy Division ones that we made ourselves with Letraset. I can hardly believe how long I wore this jacket! I was looking at True Faith on Top of The Pops 1987 and I’m still wearing it!”

The auction event was initially previewed with a select number of pieces at Record Planet 50th Anniversary Fair in Utrecht, Holland in November.

The full exhibition will be available to view between 25th February and 2nd March with all exhibits and lots at Omega Auctions HQ in Newton-Le-Willows before the public auction on Saturday 2nd March at 1pm.

The full auction will be broadcast on the Omega Auctions website, and online bidding has already begun for those unable to attend in person.

All lots at the auction come with a certificate of authenticity, as well as limited edition poster donations from the auction will be supporting CALM and Epilepsy Society with proceeds from certain items donated to The Christie.