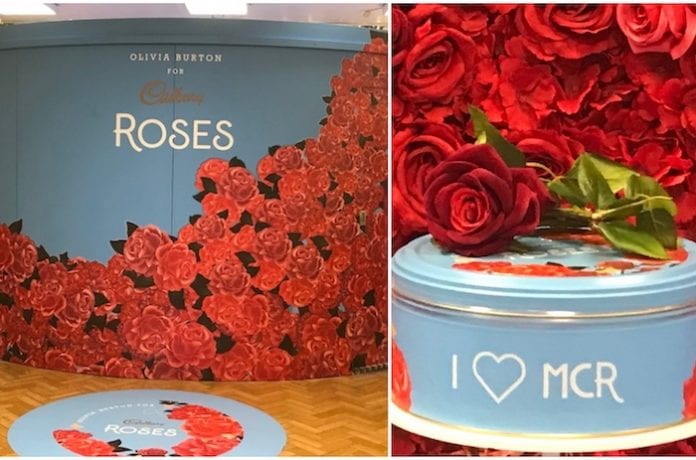 For the first time at Kendals House of Fraser store on Deansgate, choccy fans can get a name of their choice embossed onto a limited edition tub of the Cadbury box which has been designed by acclaimed jeweller Olivia Burton.

The personalised tub will cost you £12, and you can add a name or message of your choice to the outside which will be printed in store while you wait.

And it will all be served up from inside a huge life-sized Roses tin which has been installed on the fourth floor Christmas shop at Kendals. 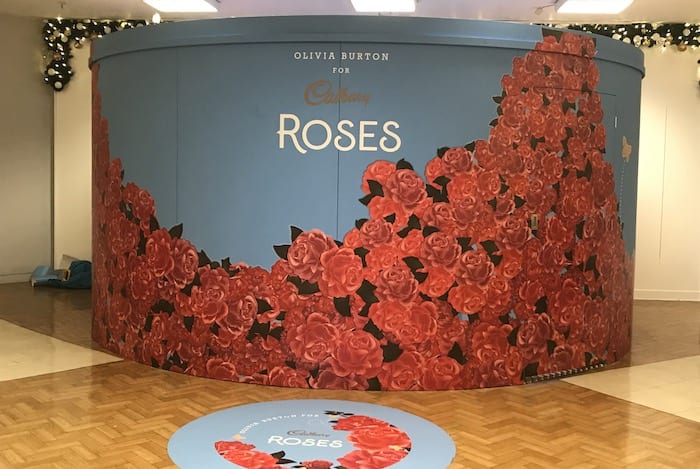 Inside the giant tin you can take plenty of selfies with your own assortment box next to the impressive red-rose and butterfly clad selfie wall.

The personalisation service has launched this week at Kendals, just in time for the big festive run-in. 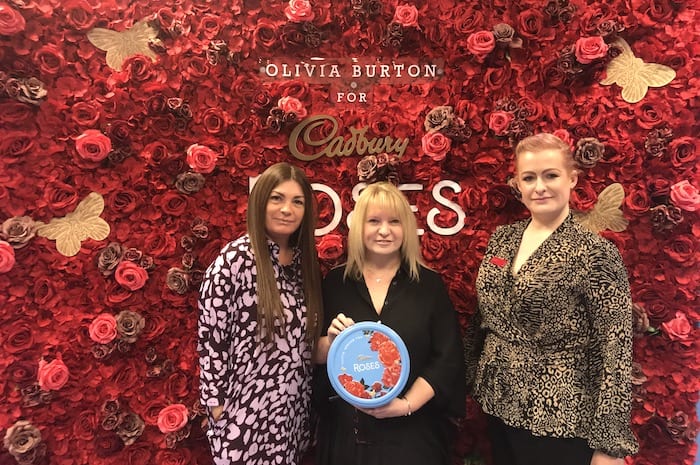 It follows on from the hugely successful launch of personalised tubs of pick ‘n’ mix by rival chocolatiers Quality Street, which have returned to selected John Lewis stores after debuting last Christmas.

But the Roses personalisation doesn’t extend to choosing the choccies inside – it’s just the name or message you can put on the box. 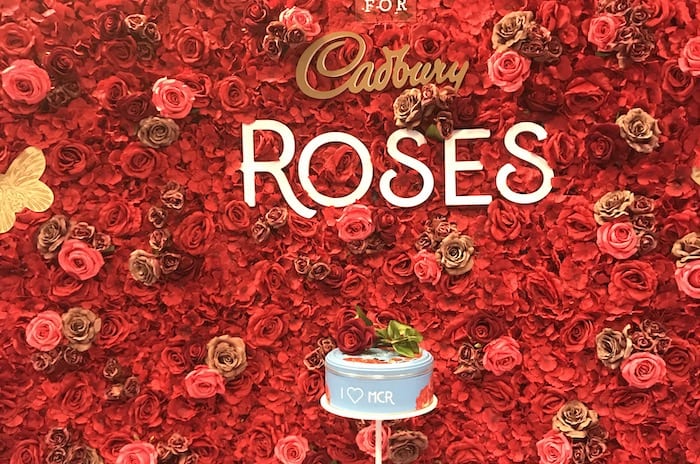 All tins will include the full Roses range of flavours, which includes hazel in caramel, tangy orange, country fudge, golden barrel, strawberry dream and coffee escape.

The arrival of the giant Roses tin is part of a number of new developments at the Manchester House of Fraser store – a year since the historic Kendals was saved from closure after a high profile campaign against the plans by bosses.

This year for the first time the famous Santa’s Grotto will be found in a new location on the fifth floor, where a new toy store and the childrenswear section has also moved to from the sixth floor which is being redeveloped.