Exclusive: Paul Scholes reveals the day he thought his Manchester United career was over 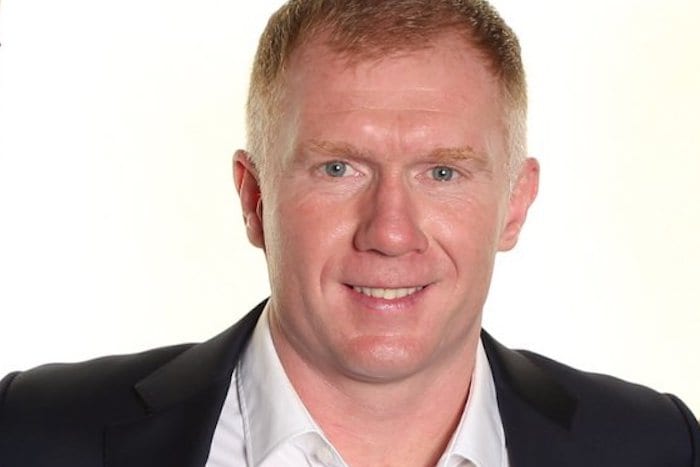 Paul Scholes has revealed the day he thought his Manchester United career was over.

It happened in 2001, just two years after he played a key role in helping United win the treble. On this occasion, United were playing Newcastle at St James Park and were 3-1 down with Scholes on the bench.

He came on for Andy Cole with half an hour to go and, according to match reports, had an immediate impact on the game. Within four minutes, United were level, thanks to goals from Giggs and Veron.

Then it all went wrong, says Scholes.

“In our half, I tried a little stupid flick or something and gave the ball away and Alan Shearer went up the other end and scored”.

It turned out to be the winning goal, with Roy Keane getting sent off in the last minute for trying to take Shearer’s head off.

In the dressing room after the match, Scholes got the hairdryer treatment from United boss Sir Alex Ferguson – something which only happened a couple of times during his career.

“When some people get a bollocking some like to answer back. Some are just quiet. I’ve never had to backfoot”.

This time he thought the boss was wrong.

“Everything he said to me I just said ‘bollocks’. Then I thought ‘what the f*** am I doing?’ When we went in for training on the Monday, I thought ‘That’s me I’m done. I’m off to Oldham’. But he must have watched the game. He actually apologised and said it was his fault”.

last night dinner with a proper footballer.. to hear him talk about his career .. was unreal , can’t see him doin that again, #paulscholes #baller #lovesbanter still laughing now pic.twitter.com/TgxuqTFInG

Just one of the stories told by Paul Scholes in a 45 minute interview at a dinner at the Mercure Manchester Piccadilly Hotel on Friday, the night before he travelled to watch United play at Bournemouth for BT. 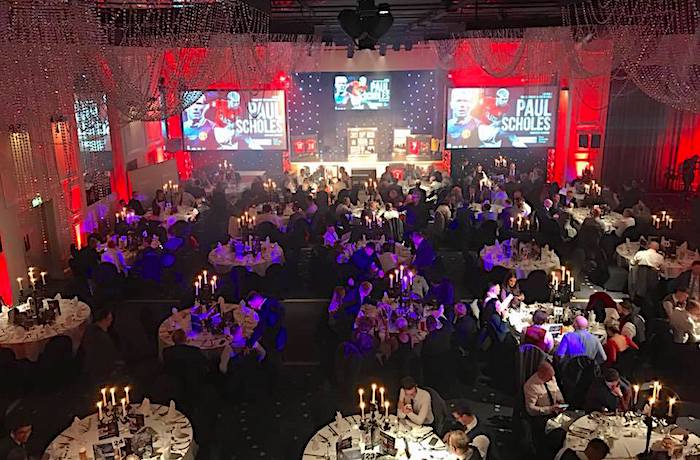 And for Scholes, Bournemouth are a template of what can by achieved by Salford City, the club he part owns who are doing rather well at the moment and challenging for a place in the Football League.

“It’s happened a little bit quicker than we would have expected. The ultimate goal was to get to the Football League. We’re nearly there now. I don’t think we’ll stop there. Bournemouth are a small club but what they’ve done there is brilliant. Is it possible to get to that level? I really don’t know”.

It’s just as well Fergie didn’t get rid of Scholes. Two years later, United got their revenge against Newcastle, with Scholes scoring a hat-trick in a 6-2 win at St James’s Park.

And, of course, he remained a one club man, despite approaches from Inter Milan, going on to make 718 appearances for United and becoming the most successful English player of the Premier League era with a whopping 25 trophies.

And, as Roy Keane put it, with “no celebrity bullshit, no self promotion – an amazingly gifted player who remained an unaffected human being.”