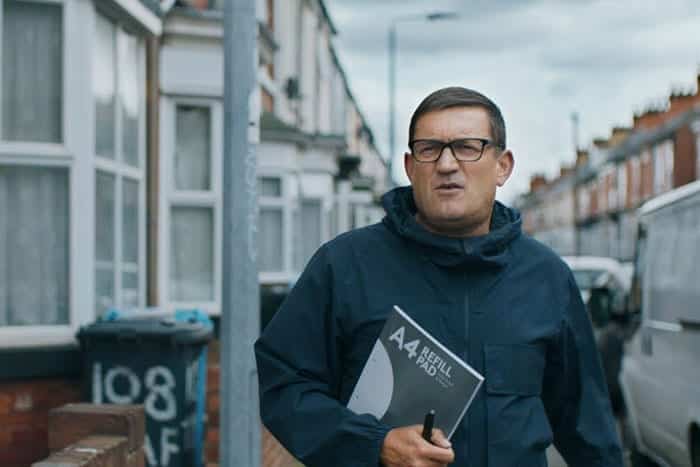 After ten years apart, Paul Heaton and Jacqui Abbott‘s new album, Manchester Calling, is on track to be number one.

Thanks to their work with Beautiful South, the pair are no strangers to success.

The new album gets its name from being recorded in the Salford and Manchester area and “it’s a sort of barbed love letter to Manchester – because it has criticisms,” says Paul Heaton.

“It’s the first time I’ve ever actually recorded a song in my hometown where I’m living.”

Originally famous for being frontman of the Housemartins with songs like Happy Hour and the UK number one Caravan of Love, Paul Heaton’s voice recently went viral on social media when he cycled around the country visiting villages to randomly perform in local pubs and clubs.

This video was recorded at Paul Heaton’s previously owned Salford based pub The King’s Arms on Monday 15th May 2012, on the first date of his 50/50 cycling tour of the UK and Ireland. The intimate gig was played in the afternoon and, once finished, Paul and his support act Gus Devlin set off on their epic journey.

“It was one of the greatest experiences. Going to people and their villages and towns – instead of people coming to my concerts,” said Cheshire-born Heaton.

“I went to places like Shropshire, which you [artists] don’t tend to visit on tours. I went all over the country. It was a fantastic experience and I can’t wait to do it again.

“Social media has got many downfalls but one of the good things about it is people actually connect and tell us how much they love a certain song and their stories from the past behind what it’s done for them.”

Tickets for their tour went on sale last month. But if the tour doesn’t happen due to the coronavirus pandemic, or you missed out on tickets for their Castlefield Bowl show, take note, because Paul Heaton and Jacqui Abbot have just announced they will be performing a trio of special stripped-back shows – and one will be taking place at Stockport Plaza on 18th June 2020.

“If the tour doesn’t happen, I promise to come to a pub nearby the concert venue instead. I’ll be there [in your chosen city] in some capacity.”

Paul and Jacqui’s new album Manchester Calling is out now. Do yourself a favour and get it purchased.